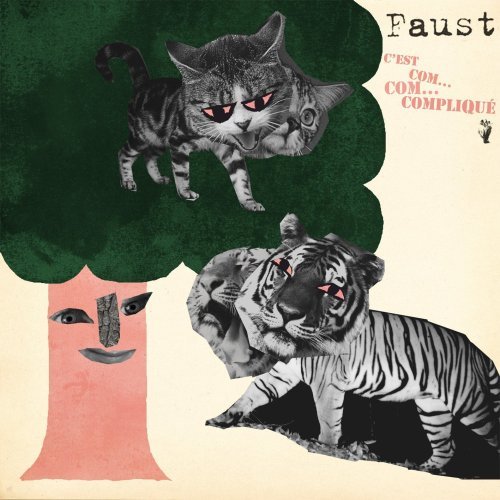 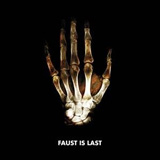 “Daddy! Take the banana! Tomorrow is Sunday!” Faust repeat for ten minutes on So Far‘s (1972) “No Harm,” all aggressive surreality and repetition over an unforgiving classic rock groove. Control and zaniness: these things make Faust both the archetypal krautrock band and something else altogether. Funnier and more jarring than Can, and as catchy as Kraftwerk, their looseness makes those early records surprisingly accessible, even if there aren’t the kind of superhuman instrumental feats one might expect from art-rock Teutons. And yet, since so much of what made them Faust was an element of surprise, their reunited albums were of course going to be totally different beasts.

Unfortunately, the elements which have been deemed passé include the following: hooks, humor, and traditional instruments. Though these things have been replaced by deeper ambience and more accomplished compositions, there’s an indistinct quality about latter-day Faust that has kept them under the radar. They’re not trying to recapture former glory, or hustle into the current scene. Faust is as they ever were: following a durable muse, mysterious as always, even further removed from the pop mainstream as the insular subcultures that hail them as forefathers and slide further down weird, industrial rabbit holes. The chance that Faust is Last, which has been rumored to be their final album, might slip away from wider recognition (as most everything they’ve done since getting dropped from Virgin in the mid-seventies has), would be more or less appropriate to their M.O. of not giving a shit.

That said, the double-disc sprawl of this, their second album in roughly a year, is an assured sampler of all flavors of Faust. It begins with a long series of taut, if forgettable instrumentals representing much of what they do nowadays: “Chrome” sounds like something off You Forgot It In People (2002) filtered through a metronome; “Feed The Greed” brings to mind the angry nineties electronica of Leftfield. Other than the straightforward guitar slap of “Hit Me,” the songs are numerous, interconnected, borderless, and largely unfocused as a consistent whole. It’s stuff that wouldn’t feel out of place on a videogame’s concrete killing floor: crisp, heavy ambient, sometimes with beats and sometimes beatless. New Faust in a nutshell: sinister on a sliding scale, from acoustic to Chemical Brothers.

But that isn’t the whole story with Faust is Last, and that’s not why a new Faust album is exciting. Disc 1 comes to a close with a stunning series of vocal-based, instant classics: the punk swagger of “I Don’t Buy Your Shit No More,” the crisp, IDM-funk of “Babylon,” the rabid noise of “X-Ray,” and the solo piano closer “Day Out.” The unintelligible, syncopated rant delivered over “Babylon” is enough to conjure chills, its raspy evocation of Faust’s golden era a jolting accompaniment to the numbly, nimbly electronics of New Faust. Like the haunting chant “Lass Mich, Version Originale” from C’est Com…Com…Complique (2009), it’s the kind of unexpected moment one expects in any Faust album.

Faust is Last ends with a second disc of improvised instrumentals, some swinging towards the simpler, prettier stuff that padded out their original albums, some towards the more complex metallic tones they currently lug around. It’s an obvious comedown, but no Apple Jam (1970), just bonus ambience for when one feels sleepy and ominous. Like the first two thirds of the album, the third third is yet another strain of Faust, a collection of above-average examples of a Thing They Do. But for a band this popularly uncompromised, able to regularly pull out impressive, original ideas from their big hat almost forty years after they started—a lot of a Thing They Do becomes a little frustrating. And so, as is usual for the band, Faust is Last is better than the lack of press it’s gotten, not as good as it ought to be, and one hundred percent Faust.