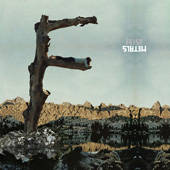 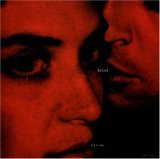 CBC radio (Canadian Broadcasting Corp, our BBC, except younger and not as sessionistic) has a show called Fuse. On June 29 Fuse recorded a session (this once) in Ottawa with Kathleen Edwards and Leslie Feist.

I don’t remember much about Kathleen Edwards. Which is terrible. She’s related to a friend of mine from school and writes songs for wheat farmers. And is quite charming both musically and while she’s chatting while I etc., shower, shave.

But Feist. Oh dear. When her interview started I put on a suit and cufflinks and picked the little balls of tissue off my face and sat down on the toilet, seat closed, legs crossed, hands clasped over knee, nervous. And then she started talking: about how she used to room with Peaches (but Feist, you sound like such a sweet girl, one who would never hang out with the Fucker of Fathers). And about her old band, By Divine Right (but Leslie, you’re so not typical boring Canadian alt rock, you’ve overcome so many, many disadvantaged situations in your indie pop life, god bless you) and Broken Social Scene (O, Feist, how you’ve been abused, they locked you in the dungeon of a Twee Metal Fortress and we can only just barely hear you, songbird, through the creeks of the rusty iron gates) and living in Paris (the haircuts and calf muscles and scarves of which have made you cute, too, bonus).

And just when I started to loosen my tie, exhausted, in dreadful anticipation of the pending special broadcast on Leonard Cohen’s Nobel Prize nomination (let down, hanging around, crushed like a bug in the ground), Feist answers the stroke-of-journalistic-ingenuity question “what do you listen to, in music?” with this:

I just keep listening to the American Anthology of Folk Music over and over, really, that’s pretty much it. But when I need a break from that I’m drawn to field recordings from around the world – like there are libraries of these things in different cities. And I can just sit down and listen to field recordings of music that’s absolutely gorgeous, recorded without any self-consciousness, by people who don’t sing for any other reason than they just feel the need to do so; maybe because they don’t have much else, or for any other reason. You can hear their clothes batting in the wind in the background, all these people who live subsistence lives in rural areas in Africa, Asia, South America, who just sing purely for the joy of it. And it’s so beautiful.

Leslie. How you wantonly tweeze heartstrings like By Divine Right’s rhythm guitar. How you chew up and spit out a music nerd’s heart like a Parisienne runway model’s breakfast and lunch and dinner. Why must I have mild qualms with your bountiful little album?

It’s easy to get a giant hate-on for something this shimmery, for a voice this perfect, for insta-pop-standard songwriting this pinot smooth. Because that’s the best way to describe it: “pinot smooth.” And that’s ugly as fuck in a “hip parent” kind of way. But, the thing is, Feist is audibly having too much fun to be “adult contemporary,” yet her voice purrs too sultry to be indie pop. And although she can quiver out a Banhart growl on the slow jams, this is too funk to be folk. It’s too smart and charming to sweat that pork-loin lust that funk does. Too slick to be heady indie, but too quirky indie to be passionate soul; it's too chirpy to be Sade, but too polished to be Mirah and too pleasant/authentic to be Ani DiFranco; too Broken Social Scene and Next Quaint Canadian Icon PLEASE (Feist, the Junos need you) to not win two Junos (They sing: “please stay, Feist, we do so need you”), but too weird for your parents to file next to Norah Jones. She covers Canadian Coldplay collaborator Ron Sexsmith (“Secret Heart”), but does so with Newsom plucks and a frumpy Dumbo-in-jungle bassline that freely admit the material’s radio popness while sticking their tongues out at anyone willing to dismiss the jam as office wallpaper. She’s a riddle, wrapped in an enigma, wrapped in a cocktail dress.

Oh fuck I’ve used all my adjectives. Alright. Well, the record is front-loaded. And it’s Feist’s talent for gorgeous vocal melody and tickling, lush delivery that will see overuse of the term “sublime” when describing the introductory coffee-house acoustic strum of “Gatekeeper,” or the solemn “Nothing Compares 2 U 2005” quality (circa Sinead, but without the wincing) of the forlorn “Let it Die.” “Leisure Suite” is hard to take seriously, as all of its tactfully slinky staccato strings, finger snaps, and rhodes chords are offset by the repetition of that stupid title. The fact that it constantly near-stumbles into “Girl from Ipanema” doesn’t help, either.

On the other hand, lead single “Mushaboom,” with its equally-stupid title, can’t help but be bewilderingly addictive. The saloon piano on the bridge, the county-fair guitar, and the persistent handclaps/tambourine lead the song into beautiful pop territory despite their honky selves (the horns and chimes and slight chord-chopping help) and Feist plays her best instrument, Canadian charisma: “Helping the kids out of their coats / but wait, the babies haven’t been born… but in the meantime / I got it hard / second floor living without a yard.” Basically, Feist’s 40 acres and a mule is a country home in rural Ontario and a good man; which isn’t exactly the stuff of progressive feminism, sure, but coming from her you’re too busy going “awwwww” and dancing in your socks/underwear with your girlfriend to notice (that’s a Muskokan figure of speech). “One Evening” perfectly complements the daylight field romp of “Mushaboom” (see the video) with its lounge-slick arrangement and stunning vocal performance on par with anything Sade registered in her wondrously-smooth catalogue. Also see that video, as Feist gets Buck 65 to do a barely-choreographed dance routine, plus she shows off her calves.

Aside from the tribal, frigidly-haunting “When I Was a Young Girl,” the rest of the album melds into an unremarkable mélange. The Bee-Gees cover (“Inside and Out”) is somewhat of a misfit, although fun. “Tout Doucement” is “The French Song” and not much else, and I don’t remember “Now at Last” but remember enough that I can’t be bothered to go back to it. Ok I just went back to it (we don’t cheap-change anyone here at CMG) and it’s somewhat of a lullaby that discusses hills and stars and being lonely and is pretty and unaffecting and reminiscent of “Somewhere Over the Rainbow” and likely only meaningful if you’re really drunk and missing home or cuddled up with someone cuter than the song. Schmaltzy piano balladry, a Broadway b-side.

Even despite an eclectic, disorganized tracklist and some overbaked lovery, Feist is irresistible in and of herself. You’ll find yourself thinking “…but look what she’s done with it” for most of the covers, and wishing that the originals would double in number and help flesh out a singular identity for the whole of Let It Die beyond “wow, how __________ is that voice?” As it sits, this two year-old accidental-mixtape is possibly the tightest warning-shot to be released this year. I’m biting my nails at the thought of some solo shine on Windsurfing Nation (let’s up that title game though), and feel miles cuter simply for having reviewed it (*curtsies*). And how could you really get your politique back-up for someone who has the most lovely (sorry for the grandmother word) voice, but says stuff like this:

I end up with nothing to say about compliments on my voice, although I appreciate them of course. I have no perspective on it. Your voice is a part of you like your arms or your ankles [or calves]. It’s a tool you’re able to use.