1. The Garfield El
2. The Wayfaring Granddaughter
3. A Candymaker’s Knife
4. We Wrote Letters Every Day
5. Forty Eight Twenty Three Twenty-Second Street
6. Guns Under the Counter
7. Seven Silver Curses
8. Though Let’s Be Fair
9. Slavin’ Away
10. Rehearsing My Choir
11. Does It Remind You of When 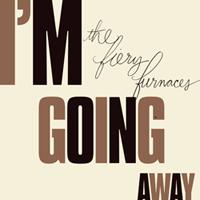 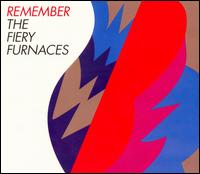 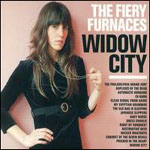 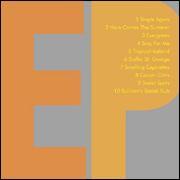 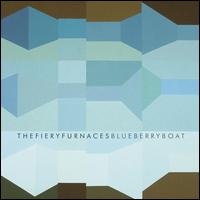 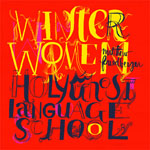 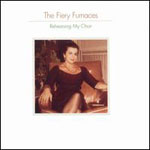 The Fiery Furnaces are one of the more demanding bands we’ve got. Blueberry Boat is my favorite Fieries album, yet one that I can only summon the energy to listen on rare occasions, and some listeners never make it past the second key change in the opening song, “Quay Cur.” This is not music you play in the background when you’re doing something else, or heaven forbid at a party; it’s music that demands an interested and tolerant audience. It’s not so much a tolerance for abrasive sounds they ask of their listeners (though that’s certainly there at times), but more a tolerance for a playful approach that can be either cloying or charming depending on your mood or tolerance for such things. The beauty of BB is that patience on the listener’s part usually results in rewards: themes are revealed, melodies are revisited in odd spots and odd ways, music that starts as odd becomes wonderfully expressive – in short: things start to add up.

The unfortunate and simple truth of Rehearsing My Choir is that it just doesn’t add up this time. The album certainly demands the same attention and patience as their previous behemoth, but this time out there is no payoff. Roping their grandmother, Olga Sarantos, in to tell her life story adds a personal history tinge to Eleanor’s travelogues, and while the story and Eleanor’s involvement in it are interesting at first, it wears thin and displays nowhere near the charm of a song like “Chief Inspector Blancheflower.” The problem this time out isn’t a lack of interesting material, it’s that these aren’t lyrics, these aren’t songs, these are for the most part spoken word stories backed by some of the most horrific and baroque music ever recorded. It’s broken musical theater.

Songs like “Guns Under the Counter” and “A Candymaker’s Knife” rely almost completely on grandma’s spoken word, drunken muppet vocal delivery and Matthew’s attempts to soundtrack them. Grandma’s delivery is jarring at best and gut-wrenching at other times. Matthew’s music redefines ADD in a bad way, but worse, despite constant instrument changes and key changes, it’s mostly boring and almost always annoying. His pitiful attempts at adding musical theatricality to these spoken stories makes them sound like carnival sideshows rather than adding anything to them. I’m probably not being fair to Eleanor and grandma here, the music distracts and detracts from any possible impact the stories could ever hope to have.

The most glaring example is “Seven Silver Curses.” While some erstwhile Fieries fans have told me this is the one true masterpiece on the album, it’s epic in running time only. The song is 9:20 of a story I don’t care to decipher even on my twentieth listen and is backed, or rear-ended, by some of the most grossly repetitive and annoying guitar parts and keyboard lines I have ever heard. At one point Eleanor and grandma start yelling out “3:11! 3:12! 3:13!” Great. Thanks for that. It does end with a nice keyboard solo, which has to be a thank you for making it that far; unfortunately, it’s an empty gesture as the record still has almost twenty minutes to go before it sputters to a close.

The title track is ludicrously awful. It features nauseating keyboard effects, a choir singing out of tune and grandma admitting “that doesn’t sound good!” No it doesn’t, grandma.

As granny says: “though let’s be fair.” The album opens with two of its strongest songs. They don’t seem that way at first, but believe me, by the time you hit the five-minute mark of “Seven Silver Curses” you’ll be wistfully remembering the little piano ditty that opens “The Garfield El” and the groovy dance beat of “The Wayfaring Granddaughter.” “The Garfield El” serves as a good opening of the album, indeed it foreshadows some of the agony to come as grandma chirps, “Faster hammers! Faster hammers!” But it’s mainly pleasant and one of the few times Matthew’s cloying instrumentals are oddly palatable.

“The Wayfaring Granddaughter” strikes me as the one place where the album actually works. Eleanor and the grandma trading lyrics makes sense. There’s a beat. There’s a melody. (Believe these things are rare enough on the album that they’re worth pointing out and celebrating here.) Most importantly, the song is not only about the relationship between granddaughter and grandma, as most of the album is, but makes that relationship seem tender and poignant. Grandma is reminiscing about Eleanor’s transformation from a child to a young woman who dyed her hair and dated two Kevins. (Or as grandma says: “You mean two JERKS!” ) It’s the only time on the album their relationship seems to have as much depth, and it’s the only time when the music augments the story in any way shape or form.

“Slavin’ Away” is another nice song with a guitar riff and key progression that would actually seem at home on Blueberry Boat. And what does it have in common with “The Wayfaring Granddaughter”? Eleanor takes the lead on vocals and muppet-grandma takes a breather. This isn’t so much a knock on grandma, okay, yes it is, but also a tremendous compliment to Eleanor. For my money, she’s one of the more interesting vocalists going, taking notes from Mark E. Smith on speak-singing over gloomy dirges, minus the slurred speach. (Except Matthew’s dirges here sound more like retarded b-sides to the Who’s Tommy than anything the Fall ever recorded.) Her ability to carry a melody through some of her brother’s mucky arrangements on this record is nothing short of breathtaking and one of the only reasons I can think of to revisit parts of the album.

Theoretically, I can still admire the experimental edge that courses through the Fiery Furnace’s music. Theoretically, I like dissonance in my music. I can acknowledge that Blueberry Boat was a Herculean feat that excuses an experimental follow-up album, even if that follow-up falls flat on its face. But in reality, I don’t think I will ever listen to this album all the way through ever again.

As some sort of cruel joke, my mp3 program accidentally started playing the wonderful tumbling keyboard riff of Gallowsbird Bark’s “The South is Only a Home” at the end of one of my tortured listens to Rehearsing My Choir. It was a jarring shift. Oh how far you’ve gone in two short years, Fieries. Come back.