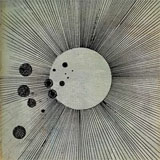 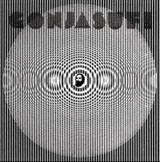 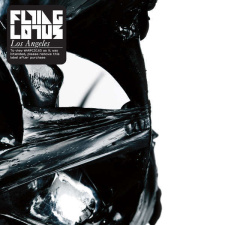 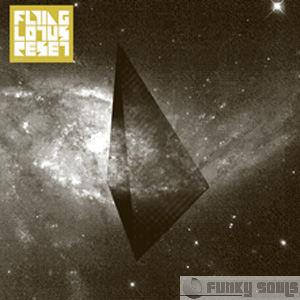 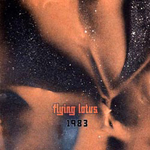 There’s not a lot to dish on Steven Ellison a.k.a. Juno Leed a.k.a. Flying Lotus, but let me share what I’ve got. He is the great nephew of Alice Coltrane (so, yeah, cousin of Ravi, too), received a modicum of recognition back in April for his cold-cut remix of Mia Doi Todd’s “My Room is White,” can convince Belgians to lose their shit, got signed by the same good guys that “made” David Thomas Broughton, and has had three beats appear on Adult Swim. If you recognize “Bad Actors,” it’s probably because you’ve been watching too much Family Guy. Having the magic to make glib white text seem cool isn’t the only thing that Lotus shares with patron saint Jay Dee: on 1983 Flying Lotus hacks robo-funk with the languid drum patterns and intrinsic detail blow-ups that Dilla used to biopsy soul music. This isn’t simply a Stones Throw prodigy groping Kraftwerk, though, and Dilla’s a muse, but he’s not the end. Jay Dee played with fat samples; Lotus primarily tweaks synth, augments with sampled fragments. The differences between icon and follower become almost as basic as the disparity in source material, but where Dilla’s ingredients kept him cooking classic hip-hop, Lotus’ send him towards progressive hip-hop cooked by process of classic minimalism.

So, Flying Lotus becomes an exciting prospect in that he might help re-validate an increasingly disreputable avenue in contemporary hip-hop production. The mainstream minimalist trend that’s spawned “Laffy Taffy,” et seq. remains garish repetition of retardation, and even the Neptunes’ best stabs are hitting on a different, more potential-limited tip; eons ahead of Lil’ Jon, Lotus’ cyclical phrasings are perhaps no richer in sound than the crackling tones of “Me Too,” but they’re more matured because their development’s furthered by classic minimalism’s restrained variants. Lotus often gently prods his spare modules into shifting, overlapping, and rippling within the confines of one dominant groove, electric tendrils testing the inner wall of a lightning ball. His music has hip-hop’s bump and electronica’s harsh, busy textures, yet it’s ultimately his minimalist dynamic -- his slow-and-steady deliberation with internal mechanics -- that separates him from, say, Prefuse or Dabrye or Daedelus. The latter’s coked-up dance remix of the title track is an ecstatic way to bring the album full circle, but it’s equally valuable for the contrast it provides in highlighting the stoic personality of Flying Lotus’ work.

Sounding for all the world like a beat-backed Eluvium non-progression, “Untitled #7” has Lotus flattening a four-step descent that he cordons with nothing echoes, stipples with static, sheaths in vinyl ambience, and bolsters with spleen-squeezing bass tones. Shit gets real eerie once the hand-drum downbeats sneakily switch up and the buried voices become audible. “Orbit Brazil” would burst with shimmering washes and micro-melodies if it weren’t mixed so equilaterally, the shaker-and-clap rhythm hardly allowed a space apart. 1983’s most assertive percussion comes with “Sao Paulo”; synth oscillations and muted lines run underneath, parallel, and backwards to the track’s trenchant 808 grind, the reach of which is lithely extended by lone chimes and clipped inhales. Barely perceptible vocal drips (made to sound synthetic) are riddled throughout until the track concludes by revealing the vocals’ Brazilian source record. Clever.

Great beat construction is usually full of inherent wit (not the obscene gestures and chopped fuck-offs that devoured Scribble’s DJ battle this year), and Lotus is no exception, except he’s as subtle in that sharpness as he is in his methodical composition. Initially, “Babble” might seem a throw-away, halftime segue, but as the most experimental and amorphous track present, the self-deprecating title becomes rather winning, and even moreso when considering the denotation of broken-down communication in tandem with what “Babble” actually sounds like: warbling synth mutters interrupted every three seconds by deep tonal gulps (Lotus, essentially, creating measures out of nothing) until the bass becomes erratic, the anchor uproots, and the phase breaks surface in a high-pitched voice-crack. This all happens in less than a minute, which is perfect because that’s as long as a track like this should be, brief runtime playing smart rejoinder to babbling concept.

And don’t worry, it’s not like Flying L’s married to his navel or anything. Fuzzy warm, sample-based “Unexpected Delight” is aptly named, even if it’s basically just Lotus bonking Tito Puente’s “Call of the Jungle Birds” (from 1960’s Tambó) in the side of the head, making it a wee bit woozy and then pushing it forward to stagger underneath Laura Darlington’s waifish guest vocal. Interestingly, the least representative track on 1983 stands to be the most transparent example of what makes the album click: simple but interesting song ideas that plant the sure footing of their deviser. Coagulate those within a concise frame, and you have one of the year’s most well-conceived debuts. When does cohesion bleed into homogeneity? Not a moment before 1983’s last two tracks mix things up. When do we tire of casual, invertebrate drums on the sort of album where drums are key? Well, taking all the lush percussive accents into account, probably after about 35 minutes or so, but 1983’s out in 34.

The intrepid Plug Research’s pretty hyped about releasing this record, and not without reason. 1983 isn’t very obvious about envelope-pushing, yet it’s rare that an instrumental hip-hop album can remain eminently listenable while standing so firm in character and purpose, ontological towards its subgenre without forgetting to funk, simultaneously without milking the funk for its more shameless immediacies. The titular opener readily exemplifies that philosophy, carefully splaying its central melodic line and chilling it out over a crunchy drum march, the deftest of overlays and quiet embellishments wheedling off the song’s core. There’s nary a trace of the bombast used to sell most self-dependent beats, so it’s tough to imagine this release capturing the attention of even a moderately sized audience. Additionally, the material Flying’s shown to date isn’t exactly rappable, but if some emcee could figure out how (necessary: delicate elongation or fracturing of meter and nuanced-the-shit-out cadence), these freeze-burners would likely murder heads. A minor epoch such as that seems doubtful; at least in the (possibly indefinite) interim listeners can survey this impressive foundation, one that Flying Lotus will hopefully be encouraged to build and expand upon with the support of peers, forward-looking labels, and a party of believers. It seems then, in actuality, that we’ve all got quite a lot to share about this guy. Let’s get it started.