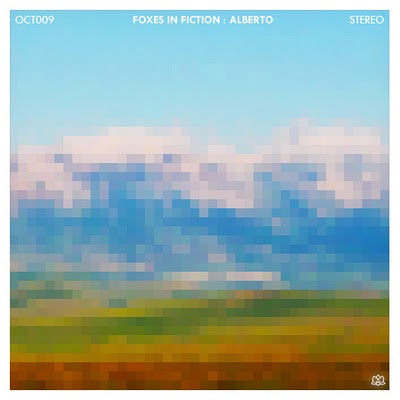 Cokemachineglow was recently nominated for a state-sponsored radio contest to determine the best music website/apparatchik of indie Canadiana. We didn’t win, though thankfully we did beat teganandsara.com, and we warmed ourselves gratefully around that mighty spark of relevance. The winners were Weird Canada; being that I’m Canadian I’d heard they were great, but I hadn’t yet worked them into my daily rotation of hockey trade rumor sites and vendors of obscure Quebecois sneakers. Upon their well-deserved win I spent some quality time perusing their loving curation. I read around in the archives. I realized that our own Jessica Faulds writes for them. I learned about Foxes in Fiction. An obsession ensued. “So this is why people read music criticism,” I thought.

Because Foxes in Fiction aren’t just a wonderful act brought to my attention by a wonderful website, they’re also on the equally wonderful Orchid Tapes a cassette-based small manufacturing concern who give away most of their albums for free. This aesthetic, it seems, is tactile and permeating, the thing of honest-to-god communities. There’s much to enjoy about this organic intersection of enthusiastic music lovers, but what sums the fact of our gusto up so elegantly is that Foxes in Fiction sounds like a distillation of our shared fascination with a good bedroom pop project. Comprised solely of one Toronto-based artist named Warren Hildebrand, Foxes in Fiction have both the sound and the fact of his undiscovered quality. At only seven songs and with a distinctly DIY recording quality, Alberto feels like a primer, albeit a solid and thoroughly charming one.

I’ve since discovered that first album Swung from the Branches (2010) was also pleasant, but ultimately misleading, ambient pop. Alberto, by comparison, feels fully realized, the product of an a priori aesthetic rather than the incidental byproduct of people getting together in a room to bang out some tunes. To that end, I hope that Hildebrand stays solo, maintains tyrannical control over this sublime melody. Comparisons to Bradford Cox are probably fair, given the fuzzed-out, sleepy pop on display, though the ambient interlude “To Josef, In Texas,” and repetitive, spare guitar number “Sadiya,” place this closer to Atlas Sound than to Deerhunter. But so much of Alberto hinges on opener “Bathurst,” the closest here with something approaching drive, and “School Night,” the blissful, endlessly listenable kind of pop song with simplicity that is at once essential and deceiving. The latter may be my selection for favorite track of the early year, even if the formula is tried-and-true: the same arrangement repeats, with only dynamic and vocal variation. If it weren’t for the slurring tempo and the scads of delay, Foxes in Fiction are practically Tom Petty. I’m reminded of a track called “L.A.” from a band called Seldom’s 2001 EP, which I still occasionally enjoy these years later for all of its deceptive simplicity and unerringly beautiful vocal lines. For all of the same reasons that I enjoy “School Night,” “L.A.” survived the surplus of this golden age of free music.

So what I’m saying is that Foxes in Fiction deserve to be a little bit more than just appreciated, even if the basest, commercial truth of it is that you may not find a better free download around right now. They deserve, as so many of the excellent bands featured on Weird Canada and Orchid Tapes and, yes, Cokemachineglow, do, to be celebrated in the bizarre, ironic, sometimes cynical little ways of our distant but similar indie rock-loving communities. This review ends up being a little bit of a love letter, not just to this album, but also to the eager discussion we’re even now engaging in.