Other Records by Frank Black Francis 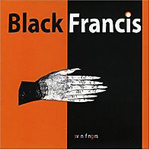 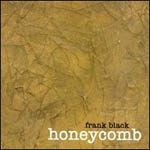 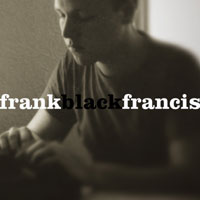 Sometimes I wonder what life would be like if I had never heard the Pixies. Where would I be without them? Would I like music as much as I do without the Pixies? Probably not. It’s a scary thought. Given the choice, obviously, there’s no way I’d part with the experience of hearing the Pixies for the first time. Because while there have dark moments between he and I lately (see the section about Disc Two of this set below), I’ve learned to accept the good with the bad when it comes to Frank Black.

On the one hand, he’s brought me hours of misery with some of his recent "material," but on the other hand he (along with the rest of the Pixies) changed every single perception I had about music. Surfer Rosa (1988) knocked my socks off. The first day I heard it, a crisp fall day during my freshman year of college, I walked to my classes with my mouth agape and couldn’t think about anything else. So I listened to it again. And again. And again.

The Pixies were one of the most amazing bands I’d ever heard, one whose total package was somehow better than the sum of its impressive parts: The jagged, jangling, roaring, surf-tinged, vaguely Spanish guitars; the impassioned cryptic, sci-fi or religious lyrics about a destitute world that were either screeched by Frank or breathily intoned by Kim Deal; the rock steady bass notes pouring out of Deal’s side of the stage, anchoring any theatrics Frank or Joey Santiago would venture into; the bone-chilling drums of David Lovering that made it sound like the walls were falling down around me; the melodic hooks that made everything stick together and always seemed to blindside me.

What forged those parts into something even better was a superb understanding of songwriting dynamics that few bands could boast. Their trademarked quiet-loud structure became the blueprint for most relevant '90s post-punk and rock (see: Nirvana and Radiohead), and that certainly wasn’t the only structure they employed or that’s been lifted from their library. They are a testament to the fact that it’s not how technically proficient a band is, but how inventive and imaginative. Over the last 15 years or so, almost everyone in the band's related genres (and even some not) have name-checked, referenced or ripped off the Pixies. And the truly amazing thing is that the original, oft-pillaged songs still sound fresh and vital.

So it was with great hesitancy that I decided to pick up this album of demos and re-worked classics by Frank Black Francis. Combining his early stage name with the name he used by the time Bossanova (1990) rolled around, Black seems to try to justify his re-hashing Pixies classics by combining them with early demos, as he explains in the liner notes. And to his credit, the first disc of demos from 1987, which supposedly pre-date the sessions at Fort Apache where Come On Pilgrim was recorded, is fantastic and worth the price of admission in and of itself. While not as revelatory as something like the Beatles Anthology, this first disc is something that I imagine will be almost as interesting to Pixies fans. Black rips through fifteen utterly essential Pixies songs with only an acoustic guitar and his versatile voice and a tape recorder. And it sounds fabulous. In a testament to his fine guitar playing, songwriting and impeccable vocal delivery, there isn’t much missing here from the songs that would go on Come On Pilgrim. To wit, the “Holiday Song” version that opens this affair sounds nearly as good as the version that would end up on their first studio release.

Other Pilgrim cuts like “Isla De Encanta”, “Caribou”, “Nimrod’s Son” and “Ed Is Dead” sound just as good (the telephone that rings in the background during “Nimrod” is a great reminder of the lo-fi manner in which this set was recorded). In other songs, it’s amazing how fully Black is able to flesh things out with his crude voice and not so crude guitar work. This disc doesn’t sound as much like a demo as a stripped down Pixies set. “Oh My Golly” and “I’m Amazed” are both slightly slowed-down and benefit from the more spare arrangement of the solo setting as opposed to the full on assault they receive on Surfer Rosa. An early version of “Subbacultcha” is actually quite different from the version that wouldn’t be recorded until Trompe Le Monde (1991), featuring a different chorus altogether. It’s the only major difference in a set of songs that illustrates the power a young Frank Black wielded more than anything else. He sounds like a young lion, wailing and roaring, complemented by deft guitar work that's not so much technically sound as disarmingly catch and well-timed. As I’ve said, it’s a worthy addition to any Pixies fan’s library.

Though I loath to mention it, there is a second disc in this set that was apparently recorded by the same Frank Black Francis fellow who furiously spat the first disk out 17 years earlier. And oh, what a difference 17 years make. The first thing you realized is how much deeper his voice has gotten over the years. Sounding as much like a drunk and tired Tom Waits as some odd pseudo-jazz band from Cool World, Frank reinvents Pixies classics like “Where Is My Mind?" “Cactus," and “Velouria” in truly frightening fashion as dirges with muddy techno faux-flourishes. Sounding like he’s backed by lurching whales in heat, Black answers that burning question---what would the Pixies sound like if they were cranky old men who were insane and thought the Bladerunner soundtrack was really good?

If I keep summoning movie soundtrack references it’s because I can only assume that Black and his new friends were going for something vaguely cabaret or theatrical. Sadly, the results sound more like the soundtrack to a bad '80s cop movie than appropriate or even interesting re-takes of some of the best pop songs ever penned. The bass lines are a flying ‘fuck you’ to the brilliance of Kim Deal--they are soupy and flaccid enough to make a listener scream, “This ain’t no holiday!” The keyboards and trumpet appear far too often and too tastelessly to sanely try to reason what they would add to any Pixies song ever. Mostly, the songs are overproduced to such hilarious heights that I can listen with a smile and tell myself that this is what happens when bands get old. Mostly.

“Where Is My Mind?” is the second song in after a decent but foreboding version of “Caribou.” The familiar Kim Deal bass line is apparently done on a bass (albeit one with the reverb kicked way the hell up) but then keyboards wash in and a melancholy trumpet fills the void left by Santiago’s searing guitar riff. There is nothing that even tries to take the place of Lovering’s bone-rumbling drums. The trumpet strikes me as the most heinous way to violate this song (and almost every song of this 13 song set), but here it toots again as the keyboard tries to emulate the guitar riff and adds some bubble effects. “Where Is My Mind?” for fish? Who has any idea?

I’ve heard that record execs are slobbering over the chance to get the Pixies in studio again to record a new album. Apparently, Frank and the rest of the real Pixies have expressed some hesitancy at this offer, not wanting to fuck with their Holy Grail of Songs they left for fans the first time around. At first, I thought they had the right idea, but the fact that Kim Deal’s last record rocked (the Breeders’ Title TK, 2002) coupled with this year’s resurgence by bands like Mission of Burma, Morrissey, Sonic Youth and even the Fall had me thinking “maybe.” However, hearing this set of reworked Pixies classics---all similarly paced and similarly over-done---is more than enough to give me serious pause. And, really, it’s just as much an argument for the Pixies NOT to record a new record as anything else. Maybe the Pixies have one great record left in them, maybe Frank could let Kim take more of a lead (as she has clearly not drifted quite as far out into the Ocean of Irrevelance that Frank now inhabits), maybe the stars could align one last time…but, really, maybe its better not knowing.