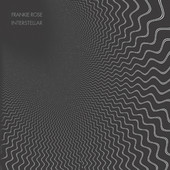 When I first went to college to become a photographer (and that didn’t last), I was convinced that I’d set out to learn everything I needed to know to make the images in my mind come to some semblance of life. Skulking shyly through the glossy digital studios and cable-jungle computer labs, however, it quickly became clear that there were very few people in close range who were likewise interested in expressing something purely idiosyncratic. Rather, everyone seemed bent on the art of capturing, of being mindfully immersed in a colorful, picturesque reality. This is not to their discredit; I just happened to be spending most of my own time strategizing on new antisocial tactics and getting sucked into the strange abstractions of the masters of black and white. Looking back on this, it’s an easy way for me to understand, in a musical sense, why it can be tough for people with a similarly introspective mindset to find exposure and success. If you want to connect with people, you’ve got to get out into that prismatic mutual space. Point being, it can be difficult for the artist who thrives so completely in his or her own unique headspace to forge the beneficial connections that come more easily to communal folks.

But luckily, that’s where the miraculous beauty of Frankie Rose’s strikingly high-contrast songs steps capably up to win a decisive battle for the daydream sect. Now, there are only a few certain songs in my personal catalogue that have the power to make sitting alone indoors on a sunny day feel good, but with Frankie’s debut, Interstellar, I find myself beaming over a treasure chest full of them. I have a real soft spot for this rare breed of tune, the kind that knows how to make wallowing in the grayscale crosshatching of Venetian blinds a statement of spirited, adversarial intent and not one of utter despair. Comfort here is a result of the relative comfort of one’s own headspace, I suppose, and as I’ve explained I levitate toward the dreamy monotones of a wandering imagination rather than the saturated rainbow palette of everyday reality. Thankfully, Ms. Rose does, too.

After stints with both the Dum Dum Girls and the Vivian Girls (her unique talents memorialized with songwriting credit on some of both groups’ best), Frankie seems to have earned the opportunity to sink indulgently into a microcosm of her own making without remorse. And let me just be cloyingly straightforward for a moment: this proves to be utterly freeing in every respect, and Interstellar couldn’t provide a more enjoyable trip through Frankie’s parallel universe of indie pop perfection.

When discussing this record with the rest of the CMG staff, it seemed like everyone had a different complimentary point of reference for the songs on Interstellar. Both Stereolab and M83 came into the conversation, but in my opinion the interesting aspect of those takes is that with Interstellar we’re still working with a very open-minded and impeccably crafted surf-punk record (see the utterly irresistible duo of “Know Me” and “Night Swim”). There’s just a certain freedom of appropriation that allows that basic template to become something much more, something at once informed by classic vocal pop, gospel and choral music, minimal electronic, and orchestral indie rock. At work in both the individual space of each song and the breadth of the record as a whole is a sort of beautifully wrought dynamic of laying on with a cheerfully deceptive veil of lo-fi simplicity, which then repeatedly lifts like a heavy theater curtain to reveal a rich orchestral density and breathtaking harmonic lushness.

Though many of the tunes on Interstellar peel out in three-chord punk mode, they more often than not wind up as full-on fuzz operas capable of rivaling even Annie Clark’s recent gems as St. Vincent—catch the chorus on that title track, for instance. More than a couple takes here remind me pretty intensely of Broadcast, and never more than on the straight-up-Trish-jam “Apples for the Sun,” which plays like the sunny reprise to “Echo’s Answer” from Broadcast’s The Noise Made By People (2000) that I’m certain is hidden somewhere in the band’s unreleased demos. I really do not bestow that comparison lightly, Broadcast being such a influential and unique band in my consideration, keepers of an ultimate idiosyncratic sound that most often reveals imitators as only that and nothing more, but Frankie deserves to be praised for the austere beauty throughout Interstellar. Many of these mysteriously-instantly-familiar melodies are already popping up in my mind when I least expect it.

Whereas there are definitely certain kinds of music that thrive more readily on the work of the solo artist, Frankie’s doesn’t bear the weight of an obviously solo effort and at once succeeds in creating music that rivals any full-band effort from any of her peers. Interstellar swims acrobatically through the best of the last few decades’ standout takes on indie pop, from K Records’ classic sing-songy simplicity, to Sincerely Yours’ gospel-pop incantations, to Sacred Bones’ ghostly deconstructions; from the confident, orchestrated slick indie sheen of Merge and Matador to the lovably unkempt, foggy jangles of Sarah and, natch, Slumberland. Interstellar proves by an astronomical unit that, though color may capture the world we know and see on a familiar basis, it’s all really just the obligatory filler space between black and white, and that those elemental basics are all you really need to make an imaginary interstellar highway. That seems to be the revelation that allows Frankie to break her orbit from anything that may have previously been holding her back, and I for one am ready to follow her to wherever her whims happen to wander.