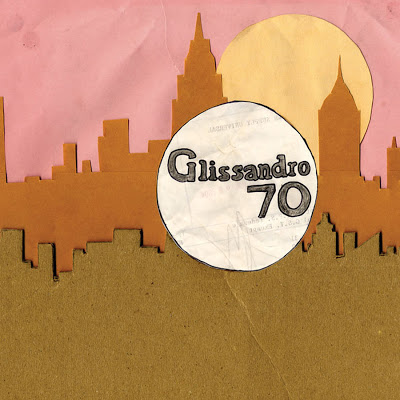 As David Goldstein has noted on this site before, I think it’s high time for us all to admit something: at one time or another, we thought jam bands were okay. I mean, we don’t need to start support groups, or defend our actions, or deny that we were ever at The Great Went, but it’s okay, because there were some good things about Phish. And anyway, as the indie community has become less and less reticent about declaring its love for popular dance and hip hop tracks (both urges as much a product of chronological circumstance as it is the inherent goodness of those genres) I feel it’s only a matter of time before we all un/ironically declare our love for the beleaguered jam act.

It’s already happening musically. Darker stuff like Wooden Wand and Sunburned Hand of the Man is, whatever else you might call it, rooted in the basic contexts of improvisation psychedelia. !!!, LCD Soundsystem, DFA in general; all build tension and offer resolution in similar fashion to a particularly good performance of “Harry Hood.” I mean, I’m not suggesting we all dust off our copies of Hoist and re-institute them as a nineties gem—Phish never had a good album—but I do think we need to take stock. This cultivated myth that the band isn’t part of the historical lineage that runs from disco/Talking Heads to the Threw Us In A Trench/DFA is collective amnesia. To whit, my name is Mark, and the dance moves I would employ for “Yeah” are the same as the ones I did employ for “Mike’s Song.”

None of which is to say that Glissandro 70 sounds much like Phish. Unlike other Constellation or dance punk groups, however, they often sound positively cheery. The Echoes “edge” sourced frequently as the mystic portal that allowed the indie community to discover they could actually like dancing and dance music in 2002 is not particularly present on this debut, which comes from intermittent sessions over the past two years between Toronto’s Sandro Perri and Craig Dunsmuir. But it will make you dance, possibly with your arms awkwardly moving behind your back, elbows pointing perpendicular, lost in a…wait for it…groove.

“Something” begins with high, clear electric guitar notes climbing and descending over a thumbed bass-string riff. As a second guitar enters the mix, another harmonic line joins the original melody, and soon several guitars are set on delay patterns that send their riffs skittering off into a wash of reverb and reverse effects. This lasts for almost two minutes before heavier bass sounds undercut the happy melody, adding a terse element to the song. The intro may be a little too long (which is odd to say given the entire track is only two-and-a-half minutes), but the track works as an intro to the rest of the album. My favorite, “Analogue Shantytown,” begins for no apparent reason with a harmonica and a whispered, harsh voice. The intro is a throwaway, but fortunately the track proper is the highlight of Glissandro 70. It’s been a while since I’ve heard a song so hard to count along with, and yet so readily danceable. Various time signatures writhe atop a steady beat that begins like a clock ticking and ends as a galloping bass line. It sounds very much like !!! playing with acoustic timbre and tone. Both as a listenable composition and a dance track it works incredibly well; tension is meted out over the duration until, led by a repeating chant, it draws to a satisfactory close.

If you dropped Anastatio into the serene world of the Animal Collective, you would get “Bolan Muppets.” A guitar figure is hesitant, hypnotic, soon joined by swooning harmony vocals, cowbells, thrumming bass, and kick drums, until the entire thing dissolves to a strummed guitar and cyclical lyrics. The vocal melody is a re-articulation of that initial guitar line; it is propelled by the kick drum until everything else ebbs away and all that is left is that chorded guitar drawing to a placid close. “Portugal Rua Rua” is pushed forward by a guttural vocal sample and more clean guitar figures, behind which mouth noises distend in the background. The song sounds mildly tango, each bar running through a cyclic guitar pattern and ending in a concluding bass triplet. Those bass notes anchor the song; they get darker and louder and the song proceeds, allowing a whole variety of guitar effects to spiral upwards in the background; the thudding regularity constantly brings them back to ground like kite strings. The band lets lose on “End West”; what the song lacks in relative compositional strength it makes up for in experimentation. Whispers, howls, bells, horse hooves, all manner of percussion, and guitars engage in their own freak out, while David Byrne samples are plastered over top.

“Analogue Shantytown” may be the only truly essential track here, but the others work in conjunction to create a cohesive album, which makes the whole thing worth a listen. The way the duo plays with sounds and arrangements (even when singing about such humdrum city places as Bloor and Dufferin, which is like ten minutes away from my house) is fascinating, and I look forward to future projects from the band. Plus, it speaks to the idea that maybe we can get away from the punk part of the dance-punk equation. I’m not saying we need Phish, or trust fund hippies, or whatever; I just don’t see anything wrong with a little cheer in our dance music.