Other Records by Great Lake Swimmers 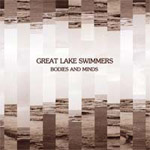 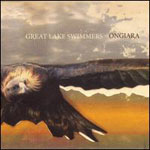 The similarities between Great Lake Swimmers' ether-voiced frontman Tony Dekker and eponymous songwriter star Sufjan Stevens are probably obvious and needn't be stated, but I'm not going to let that that stop me.

While it's tempting to cry doppelganger, what these similarities really boil down to is the fact that these guys fill the same niche -- that is, "Silver-throated saints who don't ruin my cred." Their campfire-friendly aesthetic stands in welcome relief to the abundance of ever-younger and sharper technical whiz kids who are thriving in pop music's accelerated world order. And it's still cool, or at least okay, to like them. In most circles.

All this being said, Sufjan Stevens has moved on. He gave his sparse folk (and much of his overt religious thematicism) its last hurrah with 2004's Seven Swans and began experimenting with minimalist orchestral elements and densely-arranged pop explosions. Anyone expecting Great Lake Swimmers to follow suit will be disappointed: Ongiara is another acoustic folk album, but it is a beautiful one.

GLS don't necessarily need brass sections or pop hooks, but they do need to move forward (or even just sideways) if they want to hold our attention. Sure, in this hyperkinetic age, we crave moments of peace, but we're not going to take our entire quota of serenity from a single source. The artists with longevity are those who have managed to strike a balance. The real problem with the songs that make up Ongiara, then, is that they are too consistently beautiful: they creep, lilt, and sway for the better part of an hour, leaving behind them a trail of gorgeous natural reverb, and by the end of it all, we're exhausted from the constant, dreamy swooning. Dekker has proven himself a master of the mid-tempo, and he executes his creations with perfect restraint and control, but deprives us all of the opportunity to see what would happen if he let go of the reins. As a listener, you may find yourself wondering what might happen if he broke out the electric guitar, let his drummer (possibly the most ascetic musician in the world) loose, and let the quiet introspection give way to a more manifest passion.

The good thing is that he tried. I really do get the impression that GLS set out to make a more dynamic, sweeping album than 2004's undeniably beautiful Bodies and Minds, and it would be mean of me not to concede that they have succeeded -- to a point. Coming from the Swimmers, album opener "Your Rocky Spine" sounds like an explosion of unbridled enthusiasm. And that electric guitar I asked for earlier? It actually is there, on the odd-metered "Put There By the Land". And so is Final Fantasy's Owen Pallett! And so is a big drum! There's even a modest accelerando. By all accounts, Great Lake Swimmers have done everything we could have wanted. However, these elements still feel tightly controlled, and for every breakthrough moment, there's a fumble elsewhere on the album. "There is a Light," the last in a run of four consecutive waltzes, ends with one of those serendipitous melodies that seem to have upward momentum, like a ball that rolls uphill on its own. These kinds of musical moments beg to be extended and built to exultant heights, but one gets the feeling Great Lake Swimmers don't want to be party to this kind of musical exploitation, so they cut it off short, and we're shuffled onward.

Tony Dekker's skill as a songwriter is undeniable, and despite the uniformity, many of these songs deserve our affection. Whether crafting lyrics that deftly straddle literalism and metaphor ("Your Rocky Spine"), or singing melodies that wrench us without words (the chorus to "I Became Awake"), Dekker's sincerity resonates within those listeners who are willing to engage. Tolstoy thought of art as a form of communion -- a transmission of emotion -- and by this definition the music of Great Lake Swimmers is, if nothing else, art. Nowadays, though, you don't see the "arts" without "& entertainment!" tacked on the end, and it is the entertainment element that Great Lake Swimmers need to master.