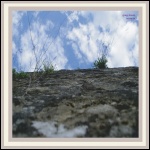 Kranky, the people that brought us the post-rock A-Bombers Godspeed You Black Emperor!, the gorgeous Jessica Bailiff, the intimidating Loscil, the no-genre champions Out Hud, and the downright weird Charalambides (whose Joy Shapes scares the hell out of me, sending me cowering off to Kylie every time I play it) are exactly a million times more careful with their artist descriptions, bios, profiles, catalogues and general all-around professional “handling” of their roster than I was with this sentence.

This is a label that loves its artists. Where most label websites contain blurbs that suggest “stop reading and buy this before your e-bent attention span passes out,” Kranky rewards the thoughtful, curious, and concerned reader with in-depth artist bios, merits, back catalogues, and acclaim. By the time you hit the online shop you know everyone on the roster by middle name and can rattle off the degree program Greg Davis did (classical and jazz guitar composition) and where (DePaul in Chicago) and what master’s program he did (composition) and where (New England Conservatory of Music, Boston) and some of the amazing artists he’s worked with (Hrvatski and Keith Fullerton Whitman) and whether or not those two are actually one person using different names (yes).

The release of Somnia marks the first time Davis has received the Kranky deluxe treatment, and both he and his beautiful little record have FBI bios on kranky.net. It was there that I learned that the settled, sinking, soothing sounds on each of Somnia's six songs were created by filtering his playing of “actual instruments” (see left) into a laptop and then racking, stretching, drawing, and quartering these sounds like they got caught practicing witchcraft. Davis thereby plays some sort of music ghostbuster, trapping the souls of his sonics in his gadgetry and leaving them to haunt the machine. Somnia thus offers us the sounds of six-string purgatory, it’s an ethereal piece where sounds float and watch time move around them.

And, yeah, while it may seem that I’m using a lot of mixed symbolism and hackneyed imagery to conceal the fact that after all the ghostbusting and witch-hunting this is “still just a drone album,” there’s something chillingly beautiful about Somnia. Each song contains a series of sounds that levitate comfortably without being ignorable. Each commands attention from the listener as Davis layers, chops, pans and pitches his phantoms in a plush pandemonium. And while the plates shift at an almost-undetectable pace, you’re somehow so overtaken by the mass that you submit to it and sink into its depths. This is an oddly cozy work, but eerily so, like a Kubrick Space Odyssey in your bedroom. The opening piece slow burns to an identifiable climax without ever ceasing its steady, smothering wisps around your headspace. I wish I could describe the sounds Davis presents, but each is so altered and abused that there are no identifiable sonic touchstones that I could begin to lie to you with. Just listen closely. Under the layers, veils, sheaths, and mattresses of texture you may discern the green pea of a strum. But there’s an equal chance that you’d be dreaming, too.

There are moments where the swells suffer interruption. You’ll find yourself settled snugly into the middle of “Clouds as Edges” when out of nowhere little winces of mismatched treble pinch you out of your languorous state. Davis is tactful, however; all such skin-pricks quickly fade into the background, the listener distracted just enough to appreciate the resuming peace even more. One of Davis’ neatest manipulations comes in between the end of the 22 minute backrub of “Campestral (version 2)” and the beginning of the perspiring “Furnace”. “Campestral” gently fades away with lush, low harmonies that make pillows of your headphones. “Furnace” subsequently rakes your temples just as you start to wonder whether the album has ended. You’re jolted out of your seat with a comparatively-abrasive tenor chord that, despite itself, amazingly morphs into yet another soothing space-filler without ever changing its tone. Go muse on relativity after that one--it almost explains how Celine Dion could actually sound good in amongst the whirring and clicking of Vegas casinos.

You’re never going to bump Greg Davis’ new jawn in the Jetta, but it is an effective slate-cleaner when the cries of the yuppie warlords follow you home from work. This is arresting, physically-resonating music that begs to mimicked: take whatever’s high-strung and stretch it beyond recognition.