1. still unable to throw off that teaching a heart left abandoned unable to get inside that empty space nerves freezing that unconcealed sadness…
2. ready and waiting ready and tired of waiting this happiness hovers for a while opaque…
3. invited in practically drawn in by something facing the exit of this hiding place who is it? that went in…
4. an acute sensitivity is not simply a “madness” an acute sensitivity to the resonance of “i love you” teaches us just a little something it’s not that we can’t do something it’s just that we haven’t done it yet… 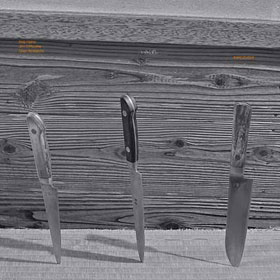 Among other more unfortunate effects, the age of over-sharing has enabled every artist, from the most fresh-faced indie upstart to the most dedicated mainstream careerist, to share the collective fruits of their day-to-day labor, no matter necessity, demand, or quality. Amongst the avant-garde, however, not a whole lot has changed. Whether noise, ambient, free-improv, or drone-leaning, musicians operating within these far-flung spheres have long made a practice of documenting their every move, leading to discographies vast with limited-run cassettes, small-press vinyl, and hand-made CD-Rs. Being a field of such niche interest yet immense dedication, generating curiosity in these releases runs roughly parallel to the more visible, label-endorsed albums that find their way to more ears. The spontaneity of these artist’s processes create a scattershot sense of consistency, with interesting and non-interesting work alike inevitably finding its way out there, showing little regard to artistic trajectory or audience expectations.

Add to this the scene’s predilection for collaboration and you’ve got a clusterfuck of provocation that only a certain sect of music consumers are ever going to care enough about to fully commit themselves to. Certain releases, however, stand out from the fray, and while not representing what anyone would consider potential crossover statements, these unexpected convergences demand acknowledgment. Imikuzushi is one of these records. A live collaboration—their third in three years—between American producer/songwriter/experimentalist Jim O’Rourke, Australian guitarist/percussionist Oren Ambarchi, and Japanese drummer/guitarist and former Fushitsusha leader Keiji Haino, Imikuzushi stands apart from not just what these three have thus far dabbled in—which could be generously described as noise-pocketed ambient excursions or free-improv aural meditations—but from what a lot of the experimental underground has been entrenched in recently. There are no electronics of any kind present here, no digital manipulation, no granulated laptop detritus of the sort Ambarchi and O’Rourke frequently work with. Just straight-up, ear-bleeding power-trio noise-rock that’s about as fashionable as a kick to the balls.

And like a kick to the balls, the intensity of the moment never seems to let up. The four tracks on Imikuzushi run well over an hour and average about seventeen minutes in length, with song titles equally as disorienting and flat-out exhausting. Offering zero foreplay, the trio drops directly into opener, “still unable to throw off that teaching a heart left abandoned unable to get inside that empty space nerves freezing that unconcealed sadness…,” without warning, amassing a swarm of distortion around Ambarchi’s reckless percussive assault. There’s barely room for O’Rourke to anchor the piece, which feels constantly on the verge of imploding, only to wade patiently amidst the maelstrom as the track seers its way between form and abandon. Pacing is therefore key to an album of this nature, particularly without the visual accompaniment of what must have been something gloriously intense and overwhelming in a live setting. Second piece, “ready and waiting ready and tired of waiting this happiness hovers for a while opaque…,” begins in a more calming mode, calling to mind the dreamier moments of tension from the trio’s first collbo, Tima Formosa (2010). But sure enough, just as you settle into the drift, Haino’s guitar slowly erupts in a violent rush of psychedelic grandeur while Ambarchi pounds out a blunt, caveman-like rhythm, keeping time as chords devolve into chaos and the load-bearing walls supporting the trio’s infrastructure collapse around him.

You wouldn’t think there’d be much room to negotiate further listener attention, but Haino’s vocals are a marvel throughout, adding a dimension to these pieces that tend to go lacking in less ambitious hands. On the longest and best track, the 22-minute “invited in practically drawn in by something facing the exit of this hiding place who is it? that went in…,” Haino comes off as some kind of Frankensteinian synthesis of Damo Suzuki and Sidsel Endresen. It’s a gripping, powerful performance, matched in ferocity by his merciless guitar pyrotechnics and equally in determination by O’Rourke’s twin-note bass line. When he returns mid-way through the closing track, signaling a brief and not-unwelcome breather, it’s to intone some ghostly, wordless black magic, before strangling the last bit of life from his poor six-string. Moments of such epic, unconscious synergy call to mind some of the headier moment in the Acid Mothers Temple catalogue, and by those standards Imikuzushi may very well be the most impressive record of its kind since Electric Heavyland (2002)—and probably an even more appropriate Jimi Hendrix tribute. As is scene tradition, these three don’t make it easy to find the proverbial diamonds in their artistic rough, but dispatches such as Imikuzushi make a frustrating journey seem that much more satisfying.