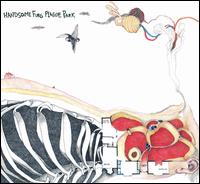 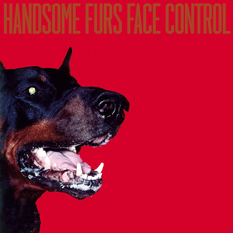 Many people, as fans of most anything are wont to do, seek out in the music they like a figure—band leader, principal songwriter, whatever—to whom they can directly attribute an album they love. In most cases this is pretty straightforward, so let’s just smile politely and agree that the process is intuitive and not without its merits: enter the solo album. As a concept, it is perhaps inevitable that if in a primary band an arguably “visionary” artist is relegated to partner or one-half of a balanced duo, a solo side-project is his or her chance to step out and front things alone. In practice, though, it’s at best telling and at worst vindictive—in the great dichotomy that is the two-genius debate, one leader’s solo outing is hard evidence of the strength of one over the other.

So it goes with Wolf Parade, the aegis of two indisputably strong talents: Spencer Krug and Dan Boeckner. After the release of Wolf Parade’s Apologies to the Queen Mary in 2005 we were made privy to the rivalry and debate that must inevitably surround the lead songwriters. When Shut Up I Am Dreaming came out and took us by surprise in 2006, the mere existence of the minor revolution that was Sunset Rubdown seemed to settle the debate between the Boeckner and Krug camps: here was simple, undeniable proof of what many fans—particularly those who continued to return to “I’ll Believe In Anything” and “Dear Sons And Daughters Of Holy Ghosts” long after more pedestrian “This Heart’s On Fire” and “Shine A Light” had lost their appeal—had previously suspected: Wolf Parade was good because Spencer Krug was some kind of genius.

Then a funny thing happened: Dan Boeckner released his own album on Sub Pop records. With the gap between Sunset Rubdown’s first and second full-lengths saturating the limits of Krug-hype, the scene was set, as it were, for Boeckner to reassert himself as a creative force to be reckoned with and, more importantly for the Wolf Parade fans, to remind us that Boeckner was as significant a piece of their so-assumed full-time band as was the at-this-point enviable Krug. But alas, no such revolution was sparked: Plague Park (2007), though by no means a bad record, was received somewhat ambivalently. The bar set was simply too high; anything less than universal acclaim would have seemed a disappointment.

My project, going into Face Control with high hopes after the exhilarating Movement-ish “All We Wanted, Baby, Was Everything,” was to reclaim Boeckner as Significant Creative Mind, to salvage Plague Park, to understand his strengths as a songwriter and musician, and to re-approach Handsome Furs as they seemingly deserved. I’m pleased to report that initial listens yielded promise and immediate satisfaction; I’m less pleased to confess that under scrutiny Face Control loses much of its substance. While Park suffered because of its frustrating adherence to aesthetic simplicity, a record that was far too one-note to sustain or engage repeated listens, Face Control is an exercise in conspicuous aesthetic and thematic reappropriation that works exactly as often as it doesn’t. The aforementioned “All We Wanted, Baby, Was Everything” is as close to a New Order cover as one can get without being sued, but the style and format in conjunction with Boeckner’s commanding and often enthralling delivery mesh well. This is less successful elsewhere: his attempt at delving into Power, Corruption & Lies (1983) territory falls short on the otherwise-strong “Nyet Spasiba,” replete with a full-on nod to “Blue Monday” in the song’s crazily familiar intro beat.

In general, though, Boeckner’s awakening to the wonders of synth-pop is a refreshing change from Plague Park‘s austere “acoustic-guitar-plus-beat” formula that usually failed to accompany his stadium howl. Which brings me to his partner, Alexei Perry, an interesting and often welcome presence and contributor. When utilized for good reason—as on “All We Wanted,” where her instrumentation is lush and rich and can compete behind Boeckner’s powerful voice and striking guitar—Perry’s synths and beats compliment Boeckner. This is why it makes such perfect sense to turn to New Order for sonic inspiration: that band understood how to negotiate the relationship between synthesizers and guitars, ensuring that the former is not swallowed whole by the command of the latter, or vice-versa. But the album’s worst moments—tepid “(White City)” and opener “Legal Tender”—are marred by bland, half-hearted synths and canned beats, times when one wonders if Boeckner isn’t better suited to the strength and expanse of a full band.

Where Face Control veers completely out of control is its frustrating obsession with all things Springsteen. The Boss is back in a big way, apparently; earlier in the decade it was Bowie that was every indie band’s go-to guy, and now we’ve moved on. Boeckner’s stadium-oriented oomph-y delivery has always leaned in that direction, but on Face Control we’re given it so hard, so unmistakably, that it becomes difficult to ignore the basic conclusion that the album’s aesthetic formula solely oscillates between New Order and “Born to Run.” You could do worse, as far as influences and similarities go, but by this path growth isn’t exactly a one-way street.

Still, Boeckner’s songwriting is mostly in top form. Structurally these songs work as good pop-rock songs should, and lyrically—with the exception of a few predictable but still cringe-worthy lines—he shines. Plague Park and Apologies had painted Boeckner as a lyricist focused on alienation, modernity, paranoia, and a return to romantic and deceptively trite notions of love. This is something that frequently only works in his hands and through his pipes, as in how something so banal as “Modern World”‘s “modern world I’m not pleased to meet you / you just bring me down” sounds genuine enough when you’re listening. So while repeating song titles ad infinitum—as on “Legal Tender” or “Officer Of Hearts”—might not sound like much, there’s a certain way Boeckner has with these lines to still present them as affecting.

And so, does Face Control suggest that we are wrong about the hierarchization of Krug over Boeckner? Well, not quite. But it is a step forward for an artist with a wealth of potential and a tremendously moving voice. Should he cease his overzealous grab for stylistic and thematic conventions—or perhaps if he simply learns to cover more ground—there’s a good chance Handsome Furs will reach a level of maturity and sophistication at which their current offering merely hints. Boeckner, despite his flaws, is an interesting and talented figure who continues to contribute material of significant value to an already crowded market. I can hear him here, working out issues, trying to find his groove; here’s hoping that he does.