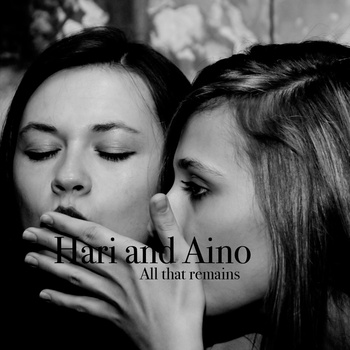 For a region widely known for its penchant for death metal, the cold European north has become quite the wellspring of power and indie pop. The Norwegian, Finnish, and especially Swedish sunshine catalog is a motherlode of chunky guitars, juicy chord progressions, and homages to Brian Wilson, sung, for whatever reason, in heavily accented English, an affectation that often can’t help but turn off many, potential—English-speaking—fans. Take “Not Forever,” wherein Popsicle, one of said catalog’s progenitors, use impeccable vernacular—“easy street,” “‘cause” instead of “because,” “get on by,” “promise it’s for real”—but all meaning is at the mercy of the lead singer’s thick accent. Or take the Wannadies: even if you can get past the pronunciation on their “You and Me Song,” the “AND forever!” comes out uncomfortably—the emphasis on the “and” does little when pop audiences should be fixating on the “forever.” Perhaps in response to these kinds of reactions (or snobbery), the Merrymakers re-recorded a few tracks for the U.S. release of 1998’s Bubblegun, whose best song was ruined by a stray hard T. “Don’t let go, superstar,” from the appropriately named “Superstar,” sonically translates to “don’t leh-TUH go, superstar,” sucking the life out of an otherwise thrilling chorus. The second time around, “le-TUH” was smoothed out into a soft “lehd” that I assume was supposed to make the track palatable for American audiences who proceeded to ignore the band anyway.

It’s to the detriment of both musician and listener that such seemingly unimportant things are actually very important—the aforementioned artists did nothing wrong except fail to play the part of native speakers, which of course they aren’t, but in a genre so dependent on precision in both conception and performance, every loose end, mistake or not, is a dealbreaker. With dreary sluggishness and garish cheese looming just around every corner, each a slight misjudgment away, there isn’t much margin for error.

I bring all this up to give some context to Hari and Aino’s All That Remains EP, wherein a group of five Swedes have pulled off as good a sustained stretch of American/English-brand power pop as I’ve yet heard by a band of their non-American/English pedigree. The record ostensibly suffers from the same lyrical maladies (“We went to my home”; “I couldn’t stand her piercing sound”) and distracting vocal enunciation as Popsicle et al., all emanating from a rich, resonant alto right at the front of the mix. Starting with the title track, a couple lines stick out: can we get a translator for “So I will embrace the image of her face / For the sake of everything that matters, and all that remains”? And it’s not just the harried English that’s a little bit off—the biggest headscratcher on “All That Remains” is the four bar introduction that also serves as a link between the chorus and verse, during which a meandering, almost formless bass line somehow leads to a vi-V-I resolution alongside a bright C86-style guitar moving in the opposite direction (V-vi-I). This disorienting, woozy path to the tonic feels like being on a dance floor during a song in 5/4 or 7/4 as a roomful of people wonder why their arms and legs have stopped working. Strange sounds litter the EP, from the jazzy guitar fills on “Dry,” to the deceptively dissonant chorus on “Foul Embrace,” to another crossways chord progression on “On My Usual Catch Up With Cecilia.”

But these oddities evaporate in the face of music as potent and as poppy as one could ever want out of a band with such obvious lines of influence. “Dry”’s jangly verse, Everly Brothers harmony, and extended resolution in the chorus are immaculate. Make no mistake: this will melt the heart of any indie pop fan lucky enough to hear it. “Foul Embrace” feels a bit humdrum by comparison, but Hari and Aino compensate with a lush instrumental arrangement, creating twee bait of the first order with a playful rhythm section, guitar, and xylophone moving in parallel stereo separation. The combination of unexpected sounds and sparkling construction comes to a head in closer “Cecilia” as another mistimed resolution in the intro makes way for a hummable, complex chorus replete with crunchy sixths, sevenths, and ninths. By the time the progression collapses into a traditional IV-V-I bowtie, it’s clear that Hari and Aino have made mincemeat of the idea that power pop has to be power-chord perfect to work. For once, nothing’s been lost in translation.