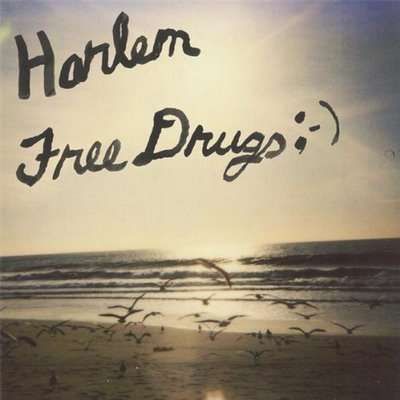 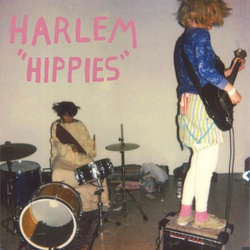 Harlem’s self-released debut—the you-still-have-to-pay-for-it madness of Free Drugs (2009)—was apparently just the forewarning. Because Hippies is here, via the cool people at Matador, and it’s a magnificent, down-and-out surge of wild riffs and whiz kid social exclusion. There’s a song called “Number One,” and it both is and isn’t self-deprecating, OK? Harlem have raised their pop-heavy game to an entirely new playing field—they’ve done better than good—and in a year when the refuse of shit-fi (i.e. the band Wavves, i.e. the band Best Coast) hit the wind of consumer fashion, when shit-sounding shit became just spread-’em-wide-style shit, when even Ariel Pink signed to frickin’ 4AD to clean up his act, in a year when alternative society meant booking Mountain Goats tickets six months before the event…in this our glorious year of Panda Bear’s return to total loving chill, Harlem is acting like it’s 2003. Do you remember the year 2003?

It was a very good year. (I didn’t have an iPod; days were still distinguishable.) Best was Who Will Cut Our Hair When We’re Gone?. I’ll say it now: Harlem’s blessed with the most raucous songwriting pair-up since the Unicorns. Here, Michael Coomer and Curtis O’Mara sing bunkum and speak badly over the most direct, double dutch set of songs since the horned ones’ fabled debut. Their songs are plain-speaking, and their riffs, cut straight outta the garage handbook recently smudged by Eat Skull et al., dial up a series of cool and easy associations: smoke over barbecues, real tall beers, and drunk people louchely slumped over grass-splitting trampolines. The very sound of Hippies is fucking elemental.

Harlem’s melodies are wound-lickers, Weezer (1994) conked out and vomitous after a coupla carbombs; having had no success all night with the ladies, or the dudes, the band is like “Fuck this non-fulfillment of my indie-era garage rock urge,” and in one uninterrupted burst of honesty proceed to slaughter through a set of sixteen shit-hot “garage rock” songs. This band is plain-uncontentiously cool—and not in the boring sure-footed way that expresses disdain. Leave the post-coital witherisms to Julian Casablancas; leave the jismic last-stroke art leanings to Times New Viking; when there is a guitar player, a bass player, and a facially indeterminate man doing a standing ovation behind a sketchy drumkit, there need be nothing else, nothing, absolutely nothing else. Intelligence is the recurring decimal of this sound; Hippies both rounds up (the boisterous racket of “Gay Human Bones”) and down (“Tila and I,” like, ruminates). Some of the drumming is off-beat. The entire record is very cleverly stupid.

So here comes a band with a permanent hard-on, suffering from influence amnesia, and not under any notice to quit while they’re ahead. The opener’s called “Someday Soon” but they’re blasting through in fifteen second bites: hook after hook, then the salve of some hard-case tape hiss. The sound here is a lot brighter and less grainy than what they’ve done before; it packs a helluva lot more oomph! and whizz-bang! Again, think Who Will Cut Our Hair When We’re Gone? except with bluer balls and a tighter jock. Harlem may be riding high on a hog’s back through the calamity territory of bedroom pop, but they know what they’re doing; know that a song called “Crowd Pleaser” should be just that, and know a chorus from a verse from a hook. They know past three minutes is pushing it. What else do they know?

They know they’re good. This record’s a cocksure thing, and you get the sense that though the ceiling’s dropped on this whole bedroom tape scene, and although a lot of music fans are done with staring up that particular colon, Harlem don’t care; they’ll play and play. Whatever, man…this band’s got its fist stuck up a whole different asshole. Good songs, great times, and maybe it’s a bit too long and short on variety but whatever. Plus, this record actually came out months ago and none of the songs have soured yet. That’s something.