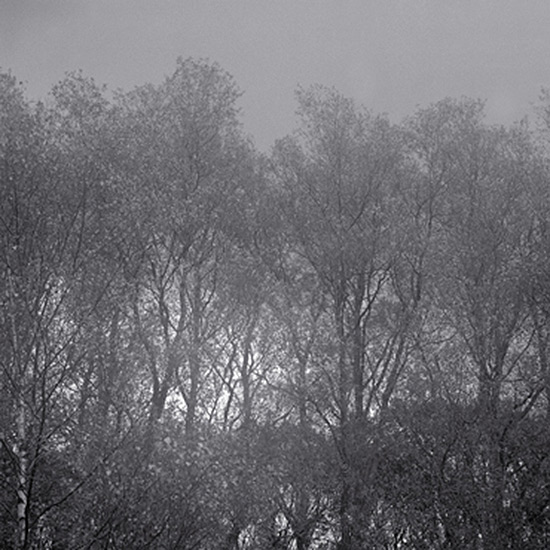 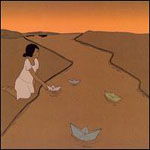 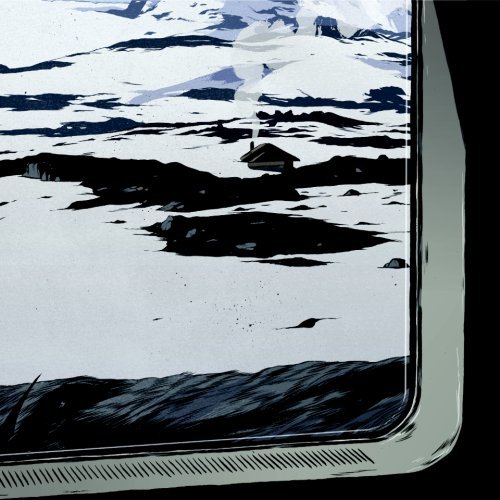 Having been with the label since its very inception, it’s perhaps no surprise that the latest emission from the good ship Type comes care of Massachusetts multi-instrumentalist Keith Kenniff. Already burning more midnight oil than an underground SUV derby (three albums in the last fifteen month—thirsty work), he’s fast catching up with the hyper-fertile Machinefabriek in the sprint for the productivity bonus. In July, he did a solid job of cooing the world nostalgic with his neo-classical Goldmund project, and now Kenniff’s reverting back to yet another identity to deliver more of his prickly/snuggly soundworlds. Caesura marks something of a return to form for the Helios account—doing away with the vocals he employed on last year’s mini album Ayres to instead court electronics and post-rock—and the resulting ten tracks could possibly be his strongest collection of meanderings yet. Did I say possibly? Make that most definitely.

At first indistinguishable, repeated listening causes the pieces to slowly part and settle, like cookery in reverse. Pretty soon you realise you’re listening to a record made mostly of exemplary noodling; a soundtrack condensed into ether that likes to hover a little close to the pilot light. Actually, the Helios ethic has probably best been summarised by We Are 88 on the Last.fm guestbook as “very good for dreaming.” While it’s certainly true that the likes of “Glimpse,” which channels toasty feedback into icy little clinks of piano, is perfect for people trying to shy from commotion, Kenniff fights the eyelids at near enough every turn by injecting the latest slick crunches and crescendos. People can speculate all they like about how a phantom glitch/space-rock collaboration might sound, but seriously: Explosions In The Sky versus Proem. It’s happening here. Rather like the score to some fantastic Scandinavian indy film, Helios’ pieces lure you home on a comfy tractor beam, embarking upon such a smooth fusion of strings and programming that you soon forget you’re experiencing two genres. Want to see Philophobia-era Arab Strap placated by sympathetic handmaidens? Or marvel at the trip-hop beats lifted from Boards Of Canada’s “Dayvan Cowboy” and dropped deep into strum country? Skip between “Fourteen Drawings” and “Mima” respectively. You’ll soon get the gist of the picture.

That, however, is also the one criticism you could level at the record: in the era of fast bucks and snatched pauses, these types of wandering instrumentals tend to lend themselves more to EPs than they do a forty-nine minute album package. Sometimes I’d find the temptation to hit skip starting to rear, daring me to see if the next track was going to explode or just continue to sizzle. But overall, that’s more a test of my own stress levels than it is a sign of sloppy songwriting. The slow beats that ramble across a rasgueado landscape on “Come With Nothings” are pearls; something you wish you’d taken your first drug to, and “Backlight,” with its gooey digital wafers and heroic fret boards, is like Aphex Twin writing a children’s book. By the time the murky fathoms of “Hollie” roll around, though, you’ll understand why it was Helios made Caesura an album and not a limited edition seven-inch. Post-rock guitars brood like a ripening avalanche, a phalanx of pads watching patiently from the rear as the sun comes up on the ice. A terrific finale, and surely a safe bet for the closing credits of a future Cameron Crowe film (without Tom Cruise, if possible).

Like Ulrich Schnauss’ A Strangely Isolated Place for those without access to Ecstasy, you can see why Caesura might infuriate the listeners unprepared for it. Yes, hushed crispness and Mogwai romanticism are fine to dim down your lights to, but when do things ever get spunky? Where’s the pain, the energy? The deep indulgence of the cuts on side B in particular might fill you with the need to surface, but I like to think that’s because this is a record not designed to be untangled in one sitting. You wouldn’t try and swim the Pacific as soon as you tread water in the Panama Canal, and I think the point Keith Kenniff’s trying to make on his latest LP is why mosh when you can hover? Here is nicely understated loveliness, and the perfect source of delicate log-fired harmony as we begin our descent into Christmas.