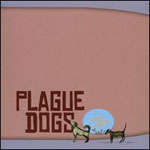 It would appear that historically, the instinct to shake that ass must be somehow connected with political and social consciousness. From Sly and the Family Stone to Gang of Four to Blur circa Parklife, the gluteus maximus has often orbited around music that seemed to have presupposed a vital relationship between the kinetics of movement and the absorption of political point-of-view.

The prevalence of albums that mine the relationship seems, however, to have kicked the jumping bucket since the mid-‘90s. Exceptions exist – the pseudo-intellectualism of art-hop artists is one such example – but as Mr. Chet Betz will wryly point out, most of them rehash mellow, watered-down themes of resistance to self-defeatist consumerism or cultural self-criticism/advice. Their messages have become cliché (if I am interpreting Chet accurately) both by repetition and by operating through underdeveloped generic political broadstrokes. And I’ll add that rarely do they pound their thought-nails into a politically sound structure with the visceral hammer of serious groove. Fugazi, on the rock side, in a large part derived their political effectiveness from a great deal of urgency in execution, but they never introduced a real dance-beat into the equation. One might have even expected that dance-punk might bring along more of the punk (you know, the social awareness and political incisiveness that was the bread and butter of the Clash) to make the dance more intellectually effective, but the genre’s biggest progenitors were and are far more interested in packing in some cowbell than any sort of political bombs.

Which is all very curious, because given the deeply embedded controversy – even Orwellian nature – of the current American political climate, a dearth of four-on-the-floor political punches should be unthinkable (at least in terms of expectation). Yet the politically febrile environment seems to have encouraged musical escapism rather than confrontation.

Heros Severum appears dead-intent on bucking the norm, and on doing it with as much rhythmic urgency as it can summon. The group almost atavistically works with a notion that its grooves might make a significant political imprint on the minds of its listeners. Its members enhance the singularity of their project by sounding like some anachronistic assemblage of funk prophets, righteous rockers, and big-band fist-raisers.

Interweaving complex rhythmical patterns with heavy chording, sax work, some interesting contraposed vocal movements, and yes, hand claps, they certainly do assure their uniqueness. Politically, they get to the point quickly on opener “Let’s Go Swimming,” and don’t make a difficult guessing game of “spot-the-target”: “He’s got credentials / Not credibility / Not a populist / He’s popular / More than popular / He’s pure lowest common denominator.” A ba-zing is headed W’s way as we speak.

But, political courage and conviction aside, the band offers little more than its titular alternative to Bush’s political bridge-burning. Lyrically, the track operates less than a useful political drive than a bunch of angry liberals hurling insults at the White House. Which they’re free to do, but at the peril of being easily dismissed.

More problematic is the group’s failure to adequately match a good deal of their ambitious rhythms with equally ambitious melodic complements. Often, as on “And Introducing…” the group take a ball-busting syncopated rhythm and pair it with a repetitive guitar movement, when some measure of six-string development would have not only been more impressive, but relatively simple. The dullness of the guitar-work is made-up for by the track’s great vocal movements, but the track still gets its heels stuck when it could be barreling into greatness. “Let’s Go Swimming”’s rhythm practically demands a great complementing bass lead, but Heros provide only a static one that navigates between three-to-four notes without the slightest bit of elasticity. Again, the group makes up for the lack with some good rhythm guitar, but the package could have been nearly perfect.

Despite its simplistic political mantras, and occasional compositional underdevelopment, one ought to reserve a fair share of applause not only for the group’s very attempt at making a social impact, but for the substantial interest its style and songwriting more than occasionally generates. Yeah, they’re all shouting, “Can’t keep a brother down!” on “A Sick Dog,” but the inanity is not only charged with non-ironic energy, it’s backgrounded by some pretty righteous sax-and-guitar interaction. “A Sick Dog” also benefits from a superb, sinuous bridge with multiple sax parts playing off of one another in a dance around its writhing guitar. The strange rhythmic intervals opening “3KHZ” not only pique initial interest, but introduce you into a freak-pop set of bars that might have been taken from the pages of the Dismemberment Plan’s b-sides (which still ain’t bad at all, my friends). Heros Severum’s unquestionable verve manifests in some great hook-y chants, even if those chants (“Pull the rope tight!”) are sometimes incomprehensible or non-sequitur.

Plague Dogs is, then, one of those fascinating and highly flawed albums that are worthwhile if only for their attempts to make (relatively) new musical and political ground. One can say, with some assurance, that there’s not a band like Heros Severum operating with any visibility today – but the singularity of their vision warrants respect and interest. The message is sometimes muddled, but the package it comes in, and the urgency with which that thing is thrown at your hips, is brazen and bright.