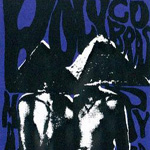 Here we have the latest full-length release from the Holy Cobras, available exclusively on audio cassette (!), and despite my mixed feelings about the medium and its inconvenience for potential listeners, there’s just no denying that Make Pyramids is a very good album from one of Ottawa’s very best bands. The Holy Cobras don’t have much of an audience beyond this city’s seemingly impenetrable borders, but that’s a sad fact most bands accept and all bands face lest they give up and ditch the capital city altogether. Make no mistake though, like the should-be-huge HILOTRONS (really, how sad is it that they haven’t catapulted into indie superstardom after last year’s Happymatic) you should be listening to the Holy Cobras. You should be tracking this tape down, bootlegging its b-sides if need be, because Nobunny and Jay Reatard and a thousand other garage rock revival groups are currently exploding and these guys are the same but better.

I’ve written about Ottawa’s burgeoning garage rock scene in a review of the White Wires’ infectious “Girly Girly Girly,” but the two bands occupy opposing extremes across the spectrum of the scene. Where the White Wires are fundamentally a pop group, working primarily in bouncy riffs and huge hooks, the Holy Cobras tend toward abrasion and abstraction. Their formation coincided with the wider popularization of the garage scene, when scattered basement shows made the transition to dive bars and high profile club gigs, and when two of the scene’s most prominent markers—the weekly Rock N Roll Pizza Party DJ night, organized by and often plays host to the city’s best garage acts, and the monthly rock zine Standard Issue, a goddamn encyclopedia of Ottawa music—began to really take off. The Holy Cobras were one of two or three garage rock bands that began sparking interest outside the then-inclusive community, and it was around this time that I saw what all the fuss was about first hand. At the time the group played straight-forward garage material, but they did what the did well.

The Cobras’ first full-length album, Keep Your Hands Off My Stuff (2008), was a cassette only release limited to a few hundred copies, all of which sold out within weeks. I couldn’t track the tape down for purchase for months after it hit local stores, and by the time that I did the music on it—pretty much straight-up garage rock in the vein of, say, King Khan and the Shrines—wasn’t remotely indicative of where the band was now. I saw the band open up for Dark Meat last October as they were preparing to release Make Pyramids, and in just a few short months I saw they’d evolved from garage revivalists to a considerably more experimental noise rock group. Their riffs went from bouncy to careening from ’50s rock to ’70s post-punk, and lead man Danny Druff traded in his Gerry Roslie croon for some Mark E Smith mumbling. By their set’s end the Cobras were wailing through the fifteen-minute “WAPNM/In Cult“—faithfully (and thankfully) reproduced as Make Pyramids‘ visceral closer—replete with abstract moans, tape loops, and a fuckload of feedback and distortion. They were a radically different group from the garage kids who make waves barely a year earlier; it was like these guys discovered Psychocandy (1985) and were never the same again.

In any case, the transition made for some interesting and engaging music. As a document of their experimentation and evolution, Make Pyramids is a flawed but terrific release, one which shows the Holy Cobras off as one of Ottawa’s premiere talents. Opener “Mama Jihad” established straight away that this is an entirely different animal than the one behind Get Your Hands Off My Stuff, its distorted noise meandering making their agenda totally clear—and, given what their fans were probably expecting, maybe totally clearing the room—before their guitars cut through the static with a riff from the book of Andy Gill. “Knife Fight” kills with similar momentum, its guitars lean and rhythm muscular, and though “Sting Ray” stumbles a little before finding sure footing, “Sun Inside Revisited” (sequel to their far poppier “Sun Inside,” from Get Your Hands) straight through “He’s Rubber I’m Real” stays on track and delivers. But it’s on the record’s closer, that fifteen-minute heavyweight “WAPNM/In Cult,” where the Holy Cobras best let their experimental impulses collide with their garage roots, moving through phrases of both without plodding or getting stale.

The Holy Cobras are the kind of hometown favorite you feel compelled to spread the word about, and I sincerely hope people outside of the city start paying more attention. The Cobras do lo-fi noise rock better than No Age, certainly way better than Wavves, and I’ve yet to see Danny Druff or his bandmates piss of Primavera attendees or fall face-first into pools of their own spilled beer, drunk on hype and acclaim and alcohol (actually, I’ve seen them drunk on that last one). Maybe one day they’ll get the opportunity to alienate legions of fans of their own.