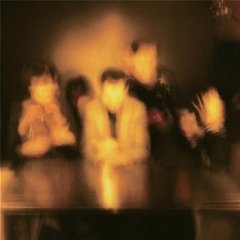 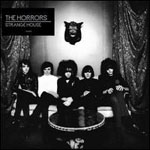 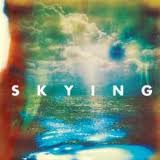 The Horrors’ Primary Colours was my favorite record of 2009—though I didn’t actually hear it until 2010. In retrospect, I can hardly be blamed for this: few aspects of the band’s 2007 debut Strange House demanded I keep my eyes peeled for the follow-up. A campy goth-punk record indebted to both the Birthday Party and the Cramps, though less stupid-fun than either, Strange House is notable if only because the Horrors predicted the vampire craze by a good two years!

In other words, it wasn’t a record designed with career longevity in mind, and the Horrors deserve credit for realizing that. So they rallied by placing Portishead’s Geoff Barrow in the producer’s chair, capturing the twin aims of both instant credibility and hollowed-out despair while completely reinventing themselves as post-punk shoegazers worshipping at the shrines of both Kevin Shields and Peter Hook. Naturally, Primary Colours‘ first single was the seven-minute Can tribute “Sea Within a Sea”—naturally because the seven-minute krautrock track is always the indicator that baby’s all grown up now.

But cynicism be damned; the moves worked. Colours was an immensely entertaining, if derivative, album, for record collector geeks, by record collector geeks. Though the Horrors are hardly the only band in the past five years to incorporate a wholesale rip of the “Be My Baby” drum riff into song, the surging glam of “Who Can Say” still showcases it better than any other song I can come up with, “Mirror’s Image” is an awesome slice of electro-goth disco, and “Scarlet Fields” imagines an alternate universe Interpol, one not currently relegated to playing theaters because Sam Kessler invested in a few hundred more effects pedals in between albums two and three.

As such, I was well aware of Skying‘s release date. While hardly (and unsurprisingly) the massive leap forward that Primary Colours was, it more importantly establishes Colours’ success as anything but a fluke. The major differences between the two albums are that of overall mood—that and the addition of a newfound crate of early ‘80s vinyl from which to pilfer. A sunnier outlook implies frontman Farris Badwan is getting laid on the reg now; Jim Kerr and Richard Butler have already placed calls to their respective lawyers. The specter of early Psychedelic Furs looms especially large here, and with its canyon-sized atmospherics and shimmering, one-handed keyboard riff, lead single “Still Life” apes the template for nearly every Simple Minds song one could ever name (except, ironically, their most famous one).

In fact, much of the fun factor of a new Horrors record derives from piecing apart the reference points amongst one’s musically nostalgic pals. Charlatans UK frontman Tim Burgess and Farris Badwan have reportedly become close friends, and the latter pays tribute to the former’s band on “Changing the Rain” and “Dive In” (yeah, lots of water references on this record) with the loping, baggy beats and hazy guitar clouds evident in the Charlies’ best work. “Moving Further Away” ought to be subtitled “krautrock song #2,” and Badwan morphs his raspy croon into a full-on, heaving Brett Anderson impression for “Monica Gems,” crafting the great homage to the first London Suede record that nobody realized they ever needed.

But what really makes the Horrors one of the more promising Brit-rock bands of the past few years, provided you’re not put off by the transparency of their influences, is simply their love of a widescreen sound. At Barrow’s suggestion, Skying was self-produced in the band’s home-built studio, yet sacrifices none of Primary Colours‘ expansiveness. Guitarist Joshua Heyward still owes his sound largely to Kevin Shields, not playing chords so much as manufacturing walls of noise through his myriad pedals, and bass player Rhys Webb has yet to meet a post-punk bass line with which he isn’t smitten. With drummer Joe Spurgeon, Webb is one-half of a rock-solid rhythm section. Every instrument comes out crisp, separated well; one new wrinkle is how often Farris Badwan sounds like he’s singing underwater, which, given his track-by-track mention of “rain,” “oceans,” or being “pulled under,” was quite possibly on purpose.

And no one is looking to this band for lyrical depth (heh). You listen to the Horrors because they love all of the same records you do. You listen to the Horrors because they happen to be skilled musicians unafraid to go big on all of the records they love, which happen to be the same ones you do. They also have yet to repeat themselves, seeming refreshingly self-aware in their attempt to forge a lengthy career. Skying does for early ‘80s psychedelic Brit-rock what Primary Colours did for post-punk, and both are as satisfying with such goals as one can imagine. Can their ‘90s Seattle grunge tribute be far behind?