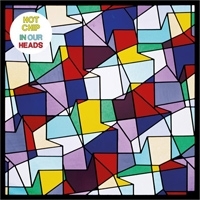 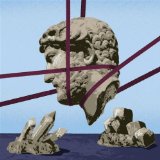 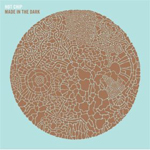 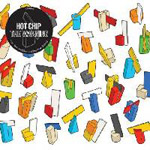 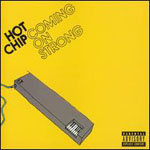 Mark Abraham’s review of Hot Chip’s Made in the Dark was insightful and thorough on certain points, but I can’t help but feel that he dismissed this record a little too summarily. Some of his broader critiques of the band’s methods really only apply in full to a few songs; I understand where he’s coming from when he questions the band’s positioning of their own sexuality, but ultimately I think this is a misreading; I feel that some of his conclusions about the band’s intentions and attitudes certainly seem plausible enough on paper but fall apart when you actually listen to most of this album. It’s easy to overlook some of the strengths of Made in the Dark unless you choose to consider the record Hot Chip’s very individual take on electro-pop; I agree that the attempts at dance or funk or clubbing are pitiable, but to me these are just the minority of missteps and in-song tangents that distract from what is essentially a humbly good pop record. And I still don’t understand why Mark doesn’t like “Touch Too Much.”

Fully appreciating the new Hot Chip record requires listening to it in completely different sequencing than what’s official. I have “Bendable Poseable,” “Don’t Dance,” and “Hold On” grouped at the beginning and I never ever listen to them because they are dance tracks that no one will ever ever dance to. They are devoid of sensuality and swing and so also purpose. “Don’t Dance”? Don’t worry. Thing is, that’s how good some of this record is—it has three almost totally worthless stabs at moving bodies but still nearly recovers on the strengths of its pseudo-ballads and miscellaneous. Mark says that “there is nothing here but a band very awkwardly trying to have a good time.” He could very rightly say that about those three songs; to the rest of them, however, this statement only applies in part or not at all.

Yes, I agree that that the breakdown in “Shake a Fist” is atrocious, a crude Timbolake parody that derails all of the song’s momentum. But I also agree and think it’s worth emphasizing when Mark says that “there are brilliant moments here”; then one has to realize that those moments are everything that’s not the stupid breakdown. Because the rest of the song kinda functions just a few notches shy of Timbaland’s best stuff in that it kneads non-Western key figures, unhinged percussion, and gross bass into a rather rigorous grind that jigs open the backdoor of visceral appeal. “Shake a Fist” is an exception on the record because nothing else is quite as sinister, yet “Wrestlers” does nicely balance its too sweet piano fragment on its hook with some more of that churning bass voodoo. Hot Chip aren’t innovators when it comes to programming but when they’re focused their sensibilities have them doing all the right things: placing counters to their own thrusts, using their electronics for accents rather than holding up the melodies, letting the percussion remain simple but interesting for its sound. This means Hot Chip, just like Timbaland once more, are at their best when they’re using their talents to vivify all the production space that floats about in the realm of the mid-tempo.

Mark criticizes Hot Chip for throwing the kitchen sink at us and for being cartoony. There’s a big difference, though: when Hot Chip show us the kitchen sink they’re showing a drain-level view of the alabaster walls that surround the world they inhabit, the very cleanly defined aesthetic bounds down which they wash all the detritus of their filthy influences. Leaving antiseptic plates and utensils behind. That doesn’t work for dance music, no, but it does work quite well for the kind of universal but insular, busy but intimate pop these fellas are crafting. I’m sorry but I love “Touch Too Much.” Top Five Songs of 2008 Right Now-love it. The melodies are gorgeous, and while that initial wall of sound is dense the band has a total handle on it. All the “relative tempos and off-beat source samples” that Mark mentions along with about a thousand synths, all that shit’s beaming in glorious unison. And then the breakdown avoids the mistake of “Shake a Fist”; instead of something that would inevitably fail to make us dance we get a slow-it-down switch-up that introduces a few new vocal takes on the melody. When the track kicks back into full bore Hot Chip give us a satisfying finale simply by virtue of some devious mixing, foregrounding certain elements at certain points—first the hand drums which then subside a little beneath a high-pitched synth sustain. A touch too fantastic, maybe.

As for cartoons, well, cartoons are sexier than Hot Chip, which is part of why Hot Chip utterly fail at dance music. But I think they’re more endearing than Mark gives credit. Mark uses “Hold On” as an example of forced machismo that comes off ridiculously; again, I view that song as one of the exceptions, not the rule (and, back to the idea of counters, what about all that “you’re my number one guy” business on “Ready for the Floor”?). This music doesn’t try to be heterosexual any more than it really tries to be sexual at all. Mark makes issue of “Wrestlers,” too; pushing past the fact that I doubt there’s a sport more homoerotic than wrestling, the song “Wrestlers” declares at its beginning “it’s me versus you in love” and then goes into a total goof-off of discussing possible wrestling tactics and moves. This song is devoid of titillation; frustrated, Mark asks the band to just own up to its nerdiness and stop trying to straddle the line between that and being funky. But I don’t think Hot Chip want to make nerdy songs and I don’t think they really want to funk anybody (though against better judgment they sometimes try for the sake of mixing things up).

A song like “Wrestlers” is all about making the listener smile on the verses and then giving a hint of something wistful in its truly pretty chorus and even prettier conclusion that brings its smiling and wistful components together through rounds rubbing up against each other. I guess this is what twee bands do but Hot Chip do it with a totally different set of tools so they do it way better because they’ve forsaken the sonic cliches for a box of crayons with pastels that didn’t even exist before they hit the scene. This makes their tonality relatively unique. I mean, we might talk about Postal Service but Gibbard always goes for the cloy and Tamborello always throws a hyperactive beat on top.

Alexis Taylor may have the vocal range of a chipmunk but for the better part of the album his voice is used as a basic melody carrier while the production explores simple harmonic and textural dynamics. The synth brass on the title track is a faint touch, perfect in its bleary restraint. The percussion on tracks like “In the Privacy of our Love” and “We’re Looking For a Lot of Love” is unobtrusive to the point of being barely noticeable, but when isolated shows itself to be interestingly patched (a truncated bass tone keeps time on the modest lullaby of “Whistle for Will”), and the dulcet guitar line of “In the Privacy of our Love” reminds me of Van Morrison while speaking quite effectively to the band’s instrumental intuition. The way a flurry of twangy picking buried in the right channel near the end of “We’re Looking For a Lot of Love” suggests itself as the source for the awesome echoing warbles that mark the song’s chord changes quietly blows my mind.

So Hot Chip have built a very admirable sound. What confuses the issue with Made in the Dark is that it presents so many glaring kinks that still need working out. Those godawful dance tracks and clunky breakdowns: it’s in those moments that Hot Chip do indeed sound like the painfully insecure band that Mark writes them off as. The rest of the time, though, they sound like a band intent on chasing down and capturing “One Pure Thought”—with all the guitars and synthesizers and drum machines and programs at their disposal. This is music that’s positive not through a declaration of positivity but through the very color and exuberant make of its tapestry. I think the primary difference between Mark and I here are that in the chase Mark hears a lot of confusion and conflicting identity issues whereas I feel that songs such as “Touch Too Much” and the title track show a band inching closer to a pop form that should one day prove valuable for its purity of execution and purity of sentiment without giving up its ghost to U2 or Coldplay-isms. How? Well, where Mark hears indie-irony I hear humility (much more predominantly, anyways). That’s what central line “we were made in the dark” is all about, and that’s becoming a rare thing in pop music. If humility is just another facet of Hot Chip’s supposed nerdiness, then I only wish we all could be so nobly nerdy, too.