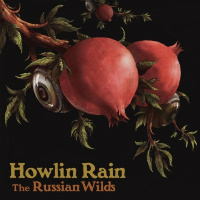 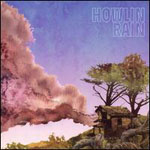 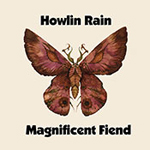 Most of the recent criticism leveled towards Howlin’ Rain’s second album suggests that it sucks because it does little more than recycle ’70s rock clichés while pining for a bygone rock era that the band members were too young to fully appreciate. The recycling bit isn’t entirely inaccurate, it just gives Howlin’ Rain short shrift because the same could be said about, say, childish Aussie pricks Jet, and the two bands couldn’t sound more different. Ethan Miller’s non-Comets on Fire band elevates itself beyond existing as mere copyists by treating the golden age of 1970s rock radio like a vast museum in which Miller’s the head curator, slavishly devoted to details that only an obsessive would pick up on.

And frankly, I live for this ’70s shit, based in no small part on the fact that my parents own nearly all of the records that Howlin’ Rain crib liberally from. Many a teenage Sunday afternoon was spent by the record player sorting through stacks of Neil Young, Iron Butterfly, and the Allman Brothers, marveling at the fact that we had four vinyl copies of Revolver (1966) because my mom and dad each jacked their respective college roommates’ copies. Then there was my early ’90s love of Connecticut’s 99.1 WPLR, once arguably the best classic rock station in New England, now a slave to pre-programming (though erstwhile Deadhead and all around nice guy Mike Lapitino remains). I’m 28, Ethan Miller is 30, and I’m going to go ahead and assume he has some similar life stories.

So Howlin’ Rain is a part of Miller’s rock and roll fantasy, an advanced kind of tribute act to be enjoyed by ’70s rock fanboys and their dads, provided pops isn’t too put off by the watery production that sometimes makes it sound like Miller’s vocals are oddly floating on top of the song. Father and son will also have a blast pointing out the myriad signposts; yup, that’s totally a “Badge” tribute at 3:33 in “Dancers at the End of Time”…both the key and guitar solo of the closing jam in “Goodbye Ruby” directly evoke the second half of the Allman’s “Jessica”…and the chorus harmonies on “Riverboat” are pure Crosby, Stills & Nash, but oddly, the CSN of the late ’70s “Shadow Captain”-era where they were arguably washed up and chillin’ all Vampire Weekend-style on a yacht on their album cover. There’s minimal reason to own that CSN (1977) but I’m kind of glad that Ethan Miller (or at least his dad or uncle) does.

These seven songs (eight if you count the intro) sound great in the car, are loaded with Hammond organ and Fender Rhodes, and Miller’s throaty bellows are higher in the mix than on the first Howlin’ Rain album. Which suggests that he could front a Faces cover band if the money ever dries up. Whether or not you’ll appreciate Howlin’ Rain can basically be gauged by how you react when the brilliant E Major riff of the Doobies’ “China Grove” rings out. If you rock out like Homer Simpson on a yacht in international waters (“The Mansion Family,” orig. air date 1/23/00), this is your band. Ashen faced hipsters need not apply.