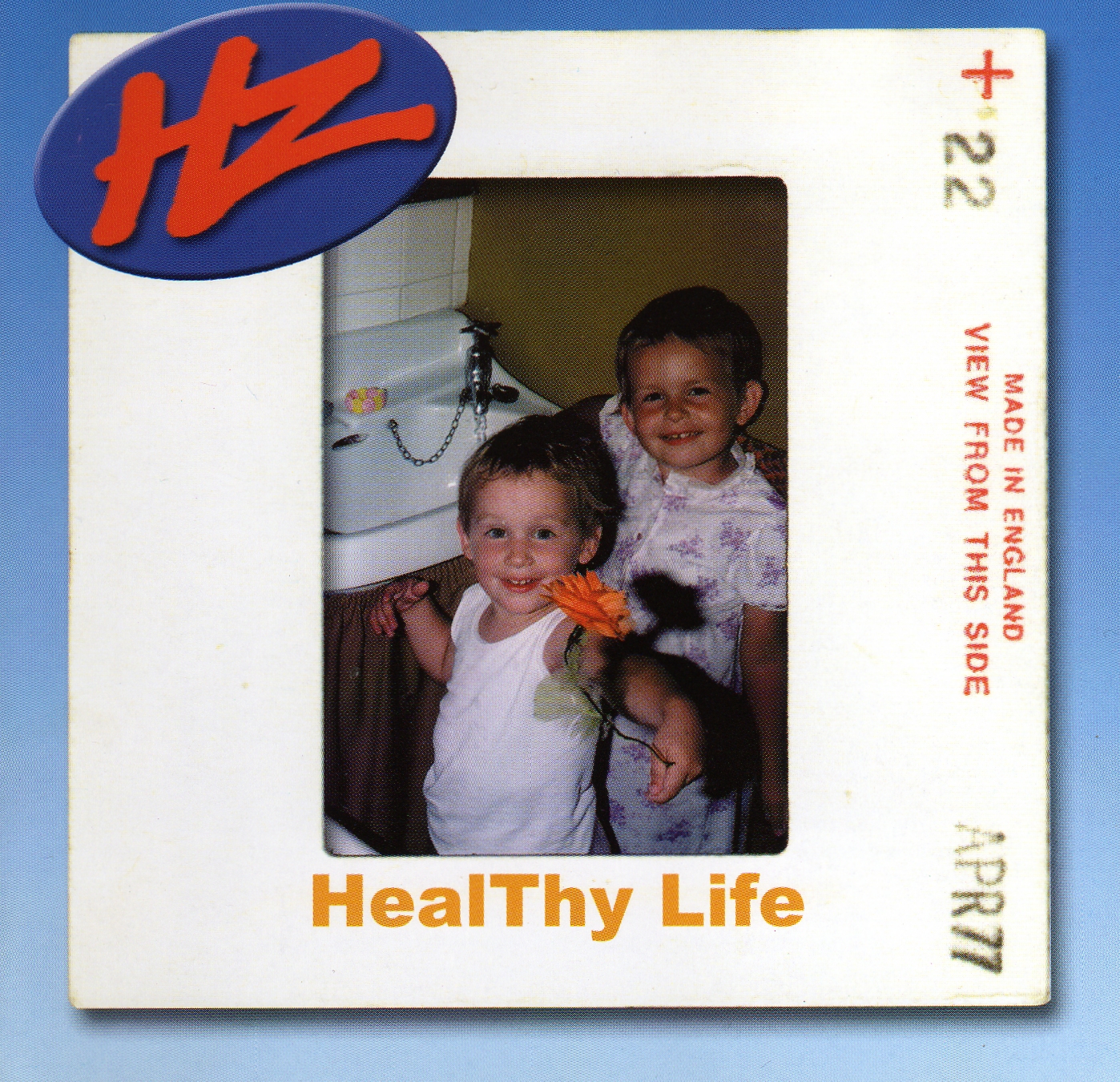 How to find Hz: all you need to do is mislay a crucial Boards of Canada CD, scour eBay for replacements, scan through the hordes of artists tagging boards canada onto self-released bedroom efforts, and put your £3 on the line. Amazingly, there’s one return who isn’t lying, a certain Mr. Hz-HealThy Life CD cylob aphex boards of canada style. Yes, this one really could be the second coming of Scotland’s premier nostalgia act—or the first, if only he’d hit a little harder. It turns out that Nick Langley’s experiments with greying tape machines predated the Sandison brothers’ by a couple of years (1996 is when Langley/Hz began assembling HealThy Life; sometime between the first BoC bootlegs and Aphex Twin’s inauguration). Now he’s tentatively putting it out there again, this time with archive visuals to boot.

Original material-wise, it’s a pleasure to report that, seven years after its very muffled arrival (muffled as in not even fucking Discogs know about it), HealThy Life is still crispy, tickling your ears like end-of-term Spacedust. Ordinarily, there’s something extremely touching/cringe-worthy about putting out material “inspired by” other artist’s albums: it’s like those More Music From… soundtrack CDs that chomp at the teats of the cash cow. Boards of Canada’s three-year disappearance has already prompted the moderators at Twoism.org to rally out some fan-sounds of their own, and Langley’s re-issue would ride the same wave if it weren’t so markedly original.

2002 really was a good year, wasn’t it? You had your solar eclipse, Geogaddi landed, and Langley completed this opus. Unlike the other young pretenders, though, HealThy Life isn’t a pastiche of computer skills or bogus wizardry. It’s entirely fashioned on proper machines, not just inspired by their tape trays. Rather than sound antique or frumpy, however, Langley’s songwriting elevates his tones into proper backwater IDM, every bit as danceable as it is rose-tinted. If you require proto-post techno that blossoms into electric syrup, goto “Keep Your Lawn Laughing.” For the kind of cutely stammering keyboards that would go on to be muttered on by Casiotone for the Painfully Alone, run “Castor+Pollux.” This is lively shit here—lonely hooks bullied by hulking machinery—and each recording flows confidently into an archaic undissolved whole.

But that too is the snag: in places it just plain refuses to dissolve, with a few of the tracks hunching together like a scrum of rush-hour commuters. If you’ve had the trip-hop/retro itch controlling you for years then you’ll probably view all seventy minutes of the record as pearls, but chances are you’ll still struggle to recall the individual track titles. Sometimes I’d find myself wishing each tune was simply named “I Had a Slightly Distant Upbringing in the Latter Half of the Cold War and By Christ I’m Ready To Exploit It,” but then I’d suddenly latch on to a piece like “France” and feel myself launched back to chalkboards. Those ice-cool pads and nerdy funk will undoubtedly strike bones with anyone shown travel films in school.

So that’s Hz in a nutshell: he sounds familiar, you extend him your time, he sounds more familiar and 1.5 times better. His sine wave chill packs some prickly surprises (check out the haunted drones of “Helium Balloons”—you were expecting happy radars there, weren’t you?), and his sense of humour pokes through his crunches like a man trying to pretend to be a professor. To think that not one fragment of any of the thirteen tracks was cut-up, spliced, lifted or ripped is worth 23% on its own (inlay inscription: “HealThy Life album contains no computer music. Home taping is killing sound quality. Use a CD burner”), and it’s a shame that not enough people caught it the first time to accord it some nostalgia of its own. The total lack of distribution might have had something to do with that, but if you contact Langley through his Myspace page he just might just fire up his own CD burner. Like a Thatcherite rehash of the BBC’s Radiophonic Workshop Pink Record (1968), HealThy Life is a genuine time capsule—worms, soil, milk-bottle tops and John Noakes included. If you want to feel eight again, I’d recommend you start digging.