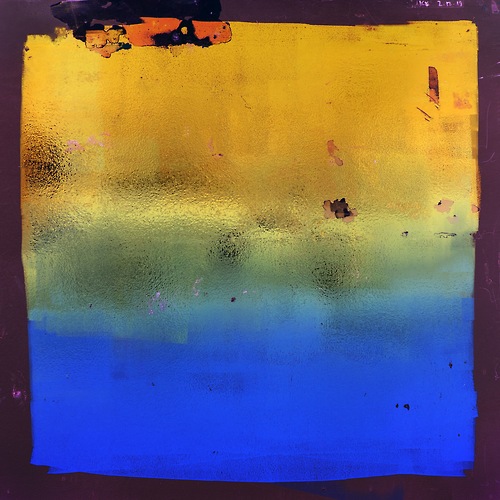 A Turn of Breath

The first time I listened to “One Half,” the third song on Julianna Barwick’s Nepenthe (2013), I lost my shit. I admit that sentence probably sounds very stupid: Barwick, the operatic singer responsible for that record of New Age wonder, is not the kind of person who makes shocking music. Her records sleep under the tree-line, hover over the clouds, and elicit other metaphors about natural landscapes you can better understand by consulting an image search for “ambient album artwork.” Her voice feels unperformed, a vessel that never really begins or ends, but becomes quieter the further away on the wind it goes from you.

But for a second there, she came too close, and she began to sing.

The reason “One Half,” the centrepiece of Nepenthe, was so shocking, is that Barwick sang a lyric, as if she were the actual human being websites interview and add the [laughs] signifier to when she laughs. “One Half” sounds like Barwick finally came to life, woke up, and stepped forth from the scenery. In modulating her music as significantly as she did on “One Half,” it feels like Barwick broke a rule. Here, I take “broke” quite literally: her records are long, sustained journeys, but “One Half” is piecemeal, a decided-upon fragment in an otherwise unwavering composition. It still feels like it belongs on Nepenthe—in my opinion, it completes it, taking the Icelandic scenery the record is based upon and lightly treading on it—but it’s a moment. Barwick isn’t usually into those. I am, though: I want the moment where a melody or sound starts up again.

A Turn of Breath, the new album from choral singer and tape dude Ian William Craig, likes to start up again. It reminds me of a hundred other records made up of beautiful ambient fragments: of Nepenthe, of course, and the moment Barwick finally thinks aloud; of the Fun Years’ Baby It’s Cold Inside (2008), where the tape crackles like an endless trail of logs being thrown on a fire; of New History Warfare, in which Colin Stetson plays with sax obstructions ‘til he’s fit to burst, but mediates moments; and of the Caretaker’s An Empty Bliss Beyond the World (2011), which uses found sounds to fill an empty space that people must have once lived and loved in. That Craig sounds like all of these records, where things happen as specks in space, is not a slight; how could it be, when I’m able to find comfort in all them? Craig doesn’t remind me of the ambience, but of warmth, of the moments where artists open up and offer us something. When they stop sustaining and begin to sing.

That Craig’s record is called A Turn of Breath is important, I think: each sound gets its turn to be made, be it surface level tape hiss, sustained choral hums or noise glitches—but each sound also gets turned over. Craig’s use of reel-to-reel tapes makes for a record constantly spinning out old sounds to reveal new ones, allowing only minimal space for his melodic affectations, which get cast out against meditative ambient washes. It sounds like some sort of Disintegration Loops shit on the surface—sound can loop and loop, and still won’t live forever—but Craig finds delight in that realisation, making a record of elegiac melodic peaks. A Turn of Breath is never still, and doesn’t capture sound like a typical ambient soundscape would. Instead, it pluralises it, and treats each moment of brevity as a different type of beauty.

More than that, though, the phrase “A Turn of Breath” is a reminder of Craig himself, the tangible but temporal force who breathed so these sounds could exist. Primarily an operatic singer, he lets the stature go. Instead, he slots into ambient like another instrument, ripe for melodies and motifs and landscaping. He’s happy to loop himself, reduced to a field recording that becomes briefly clear and elucidated before crumbling back into the collage. When he does appear full-bodied and fully human, it’s only so we can let him go: on “A Slight Grip, a Gentle Hold (Pt. 1),” he comes the closest, singing with an unexpected gruffness that demands his realness. But that realness—that harsh, trembling voice, unable to be expressed in the rest of the record’s visualizer dream state—disintegrates. Like Barwick opening up and singing one lyric before become particles again, Craig’s voice is a ten second loop in a cosmic universe that will always come around again, carrying none of the same sounds.

So we just glimpse his voice, and the few words that come with it: “I allow my heaviness.” And like the most fleeting encounters, we take him from it: he is what we recognise, what we can remember for a lifetime when it’s only been thirty seconds. With his small, humane contributions, Craig sounds like a ghost no one can prove is real but reveres anyway. It’s obscene to think he even wrote those lyrics—his words can’t be ingrained, or even crossed out—but when they come out clearly, the way Barwick’s did, they seem like true vignettes: never explained, never concluded. These words are not to be eulogized. Like the rest of A Turn of Breath, they’re to be released. You should probably never listen to it again. But you probably will.