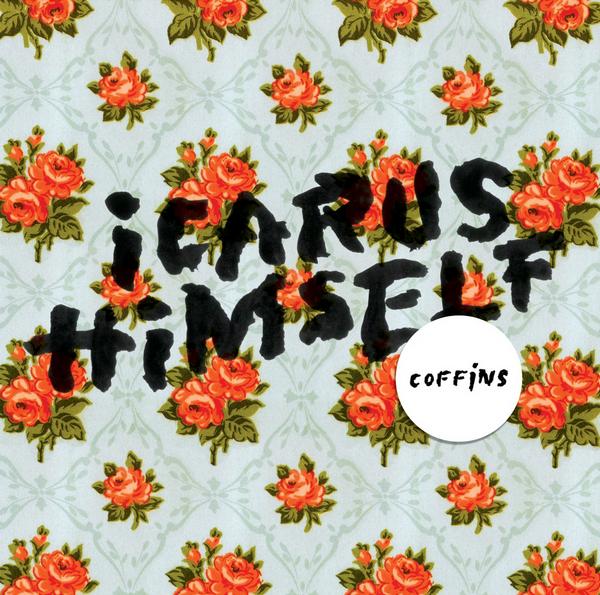 Nick Whetro is not the real Icarus; let’s get that straight. He was never a Crete captive, his dad wasn’t Daedalus, and he certainly didn’t drown in the North Aegean Sea as a result of some heated aerobatics. He has, though, lived something of a similarly colourful life (or at least knows how to eavesdrop on killers, etc.) and has done a natty job of confessing all on Coffins, one of the more out-there hyperfolk debuts to emerge from the clamour of Madison wannabes. So out-there, in fact, that he actually went ahead and self-released it before Science of Sound came knocking, keen to give him space to comfortably reinvent himself. Yes, Whetro’s quaint hooks are already familiar to fans of his National Beekeepers Society mother project, and his intentions as Icarus Himself are to go to an even quainter place, combining lo-fi guitar warblings with some fucked-in-the-head narration. He’s also taken other ex-National Beekeepers Society guy Karl Christenson with him, just in case his ideas get so lo-fi the studio only loans him one Dictaphone. What any of this has got to do with the plush sycamore booths we all get one day lowered into I’m not sure, but Coffins is a cool-enough debut; a nice druggy half-light between the Pink Panther bass.

If you want to get Coffins in a single sound bite, try “lost Bowie demo tape overdubbed with acid confessions.” That should warm you up for Whetro’s eleven-track, half-hour romp and prepare you for what first feels like alt-country experiments with a lunatic wailing at the back. But wait out and you’ll be rewarded with a private aura: “Pigg” might start like any other busker template that’s been dipped in Will Oldham horrors, but on second listen (or 1.5 in my case) I realised that Whetro is trying to paint something a little grander than the stuff you half-hear in a bar. “Run through the house on your knees / Oh oh oh oh oh, it hurts”...yes, get used to it; you’ll be humming that badboy by sundown.

There’re country sunsets and skunk solos abound on Coffins, as well as some real headscratchers that will probably click in ten months or so. Why the punk stomp of “Flatwoods, WV” gets cut short at the height of the stride is a question that only Whetro’s dealer can answer, but there’s plenty to sway you from some of the more bizarre edits. “35 To Life” is the clear standout for me: punchy psychedelia where the lyrics become ether, wiping your head out for one self-actualising second. “Stuck on a word as hard as start / Pickin’ pockets in the dark / Times are tough for stupid lines / I hate so much I should be feelin’ fine.” My guess is it’s a coke ode, but who’s to say what deep peculiarities Coffins will fish from your own noggin.

Between the carefree fuzzbox, harp-speckled swamp, digs at W (“Lessons From The Flood,” I’m guessing—those organ chords just scream St. Louis Cathedral Choir) and psychiatric couch prattle (“I’ve had wet dreams about kid-eating beans” [hyphen inserted to protect decency]), Whetro goes pleasantly ballistic, ingratiating himself with your darker crannies while his guitar gently cackles. That might only make up, say, 76% of your overall listening tastes, but it’s definitely a ride worth taking. Twice possibly if need be. Coffins could easily double as a springboard to something a gnat’s more immediate, and with a little less heroin/self-harm between recording slots, I’d say Icarus Himself might soar.