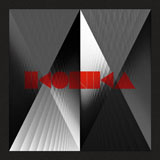 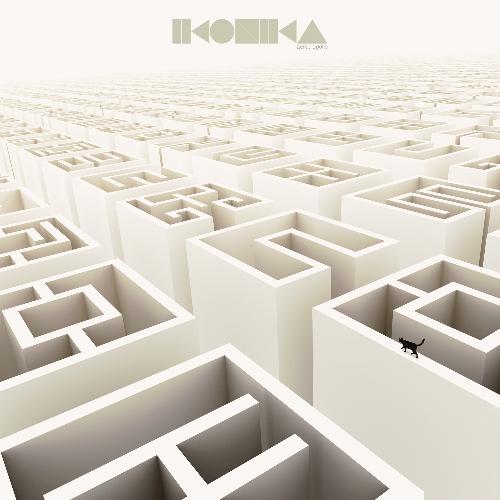 Ikonika’s Contact, Love, Want, Have (2010) was an important entry in Hyperdub’s canon, proving that bass-heavy, videogame-influenced dubstep wasn’t the preserve of the boys. Sara Abdel-Hamid has since gone from strength to strength, smoothing out her choppy, syncopated beats on her own label Hum + Buzz and now returning to Hyperdub for this sophomore LP. Sleeker but no less cartoony than her debut, it mixes freestyle house into her signature sound and comes off richer than anything she’s done before.

A concept album of sorts based on “getting high and fantasizing about moving to offshore colonies,” Aerotropolis plays like a sci-fi soundtrack bulked up with low-end and 140 BPM rhythms. “Beach Mode (Keep It Simple)” shows how much fun that formula can be, and sees hot new signing Jessy Lanza channeling ‘80s Madonna through Hyperdub hardware. It deserves to be the disco hit of the summer—groovy, melodic, brooding—and demonstrates how finely Abdel-Hamid can crush the last three decades of electronic music. She offsets these pop hooks with plenty of cheeky instrumentals: “Completion V3” and its dark, hulking bass chords like John Carpenter waking up, or a reappearance of those hazy 8-bit synths she became famed for on the ascending “Eternal Mode.”

As boisterous as Aerotropolis is, Abdel-Hamid focuses as much on pushing the envelope as she does on shaking the dance floor. Less tied to the videogame sound of Contact, the sequel has a sleekness that still allows for experiments. “Manchego” marries stuttering ‘80s electro-pop to bass so tuneful it could be an accordion, while on “Backhand Winners” the bass jabs like Morse code, sweetened by ‘80s disco synths. Some ideas are less confident—the warehouse techno of “Practice Beats,” cut short at forty-eight seconds—but others play like symphonies, with “Lights are Forever” balancing keyboards, hand-claps, piano, and electric guitar, eventually building to the most powerful moment on the album.

The most satisfying side to Aerotropolis is how it doesn’t let its space electronica notions hamper its sense of fun. Abdel-Hamid is happy to work through the recipe she made her name with—zappy synths, garage beats, bass arpeggios, and chiptune—but now her ideas have a target, and an eloquent, emotional edge to them. Maybe Kuedo’s made her watch Blade Runner every night for a year but Aerotropolis takes Hyperdub’s retro-futurism to a new plain, one that’ll earn Abdel-Hamid a lot of followers when she eventually migrates full-time to Hum + Buzz.