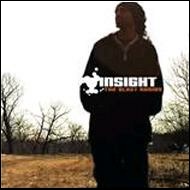 Few artists in hip-hop are their own complete packages, but like Madlib or MF Doom or K-Os, Insight‘s a true blue jack-of-all-trades. He raps, he produces, he scratches, he records, he mixes, he does layouts and web designs, he could probably teach moms to beat the box. The Blast Radius feels like a compilation of just some of one man’s skills.

Oh, and he has the important skills, deft on the boards with grace on the mic. If there’s an obvious nit to pick, it’s that The Blast Radius is the kind of underground hip-hop album that stereotypes of the underground are so easily founded on. With his positive, “I’m intelligent” lyricism and Works of Mart production, Insight won’t give listeners any problem finding the perfect filing slot between Stones Throw and Quannum releases, and then The Blast Radius might suddenly be absorbed into that slot by its own utter niche conformation. But it does help that the album is primarily one man‘s work, and one who knows how to do the work quite well.

In fact, he does the work superlatively on songs like “Bother Me,” “Strategy,” and “Visual Audio.“ With those tracks it becomes clear that Insight’s forte is bobby piano loop instrumentals. He finds an ill key line or two, adds a solid drum and bass backbone, sprinkles in cuts and sound effects, bam, nice beat. It sounds like the easiest thing in the world, but most producers can’t manage it for a Cash Money paycheck. The lyrics and flows don’t falter with “Visual Audio” featuring Dahga and ADAD, “Strategy” hosting AG and Edo. G. On a side note, Edo. G also appears on Time Machine’s Slow Your Roll and Masta Ace’s A Long Hot Summer while rapping with Masta Ace on the single “Make Some Noise,“ produced by Time Machine’s Mekalek. This means that, one, Edo. G is awesome, and two, he’s bringing the world together.

Unfortunately, while many of the song concepts on The Blast Radius are clever and fun, they aren’t exactly striking or resonant enough to encourage fanatic rotation. “Bother Me” has a great beat to back Insight’s humorous annoyance with pestering peeps, but it sure as hell isn’t going to change anyone but some poindexter‘s life. “Seventeen MCs” is basically an excuse for Insight to stunt seventeen different styles. Yeah, wow, that’s cool, but what about the song, man, the song? Insight lays down dark horn belches and clattering percussion for “Inventors” and tells of his protagonist stumbling into a Twilight Zone episode where refrigerators and washing machines and other technological conveniences no longer exist. It’s an interesting way of saying, “Let’s be inventive.” But it’s impersonal.

Despite having the second shortest track time on the album, “Another Cycle” makes the most denting impression because it has the most immediate weight to it. “From white to blue/ The night is new/ It’s time to move/ No time to lose/ Searching to find clues/ When you get where you’re going, you can’t seem to fit in the door/ Winding up in situations that you’ve been in before/ You’ve got to try to fight through…”

Insight’s clearly rolling in talents, and he’s got his head in the right place. Now it’s just a matter of stepping fully into his own and forging a hot metal connect with his audience.