Other Records by Isis 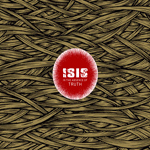 Isis: In the Absence of Truth 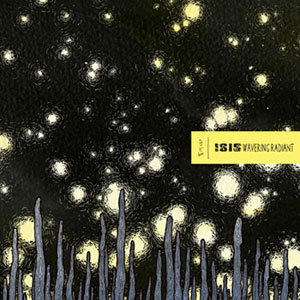 It’s upsetting to see that the word “somnolent” is now on par with “angular” in critical overspeak, reduced to another red flag outing the word-drunk, unimaginative record reviewer. Because I now have no idea what to call the kind of slow, atmospheric, and monochromatic music that Isis has been calling “metal” for almost ten years. “Boring” might be one, but that’s only the band at their worst—that being 2006’s In the Absence of Truth, which, some may remember, bored me to death. It certainly doesn’t fit Oceanic (2002), a hypnotic, shimmery, and ambitious work that took the Melvins’ slow tempos and removed the scuz, replacing it with an imperceptible groove. The effect was almost transcendent, something unmistakably heavy but still dreamlike, grey, and obscure. Unfortunately they quickly lost the plot, feeling they had to prove their intelligence with the Foucault-biting Panopticon (2004). By the time Truth hit the tubes they sounded exhausted of ideas entirely.

Or so it seemed at the time. The band’s defenders made much about the sonic texture of the albums, the bell-like clarity of their clean tones and so on. Surely this was as evidence of a mind at work, of a vision being chased down. I’ll cede that, but hold fast to the observation that such attention to detail came at the expense of actual songs. Wavering Radiant has a musical scope that is worthy of their studio perfectionism, and in so doing pays its audience back tenfold for their patience. Surely the band couldn’t have pulled off “Hand of the Host” before the last album. The swelling, hymnal qualities of the opening passage (owing much to second-wave post-rock like Mogwai and Godspeed You Black Emperor!) are truly enhanced to great effect by just the right guitar, amplifier, delay pedals, mic placement, etc. It’s as if they finally got their instruments to speak back to them, as if the Line6 pedal itself suggested the song that follow, but listening to the song one has to wonder how this arrangement could have been derailed by the wrong microphone. Those ghostly chords give way to full low string pounding (at a moderate tempo that, for Isis, resembles a sprint), and the song spends its next ten minutes cycling through riffs, moods, and overdubs that begs repeated listens. One hears how that octave pedal raises the tension of that five note riff, and how one note guitar solos sound heavenly with a little bit of delay floating over that churning rhythm section. The band bookends the piece with similar sounds—that dreamy, swelling, attack-less guitar sound—that are used for opposite ends: inviting and cloud-like in the beginning, overcast and ominous at its end.

The whole album is this good. “Hall of the Dead” revisits the lumbering, slack tuned riffs of Oceanic and augments it with an organ sound, ending in a triumphant, soaring crescendo. “Ghost Key” re-imagines the band as Disintegration (1989) clones with occasional screaming, and despite an ill-advised breakdown comes away clean. Tool remains the band’s primary influence, evidenced on the meter-shifting closer “Threshold of Transformation,” but the band achieves a grace and ambiance that surpasses their old masters. All of this should read like the ingredients of a truly brilliant album. And perhaps on vinyl it is, but the mastering of Wavering Radiant‘s digital format is atrocious, as heavily brickwalled and distorted as Metallica’s criminal Death Magnetic (2008). This is a totally unforgivable job by Ipecac Records and/or Isis, two entities renowned for their perfectionism, and who, hence, should know better. It’s a shame, because it debases the band’s best album in half a decade—the kind of step forward that I was no longer sure they had in them, and somnolent in the best way.