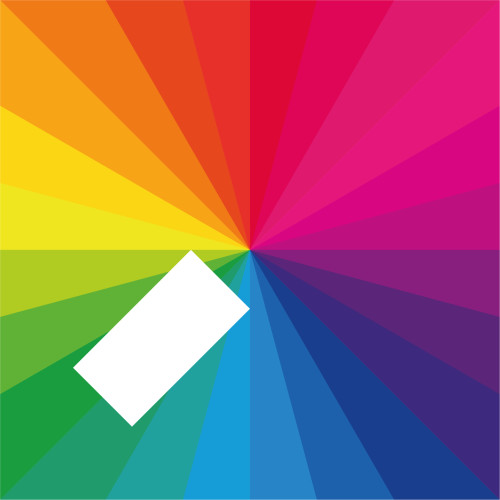 It would be far too easy to discuss Jamie xx’s In Colour in terms of pastiche. Certainly, pastiche is a factor. But it is not Jamie’s goal or an end to itself. If we discuss this record as electronica or a DJ record it’s a dull dead-end for our critical discourse as we are then doomed to lots of, hey, listen how this track combines Young Thug with reggae dub or how that one sounds like DJ Shadow and this one kind of Avalanches-y and suddenly we’re writing an RIYL press release. In Colour squirms away from this delineation and cross-categorization. It’s too fluid, too organic for that shit. Some of these synth arpeggios are too much glimmering rivulets to be described so crassly, our language cribbed from our knowledge rather than our instinct. Obviously, genre plays a huge role here and yet calling it out is a dirty game when this thing buzzes so generously along the crevasses of your gray matter and spinal cord, rubbing forth responses, cricket legs to your system, genres used not as references but as G-spots. A modern pop echo chamber, In Colour pushes the pleasure principle with ease, intelligence, grace, and a myriad of reflections that become one spectrum. RIYL: anything.

Titles sometimes say a lot; this record’s title does so by saying very little, but what that little is describes something about one of the essences of a certain sensation and maybe, by extension, the shades of our emotions. What point is there to communication/information if it does not move us, physically or figuratively? Probably a lot of points, still, I guess, but none that seem to interest Jamie xx too much. “The Rest is Noise” is pure rhythm and pure melody, fucking in gorgeous fashion and with the utmost concern for each other‘s needs but also assertive in equal measure. Some people talk at the end and the track cuts short: that shit’s noise. In fact, the tracks with singing are the record’s weakest, a house version of The xx—though the chorus on “Loud Places” is a fantastic burst of warbling disco dust, to be sure. Immediately following that sticks out the record’s sore thumb but also the record’s thumbs up to all things bright and joyous, “I Know There’s Gonna Be (Good Times)”; Young Thug’s braying applies as mere musical elaboration of the simple chiming melody that follows Popcaan’s hook but backflows out from The Persuasions sample. What opulent inclusiveness; what ample love of music. The track’s a bit of a wonder. And the wonders of In Colour abound; for instance, “Obvs” is the best use of a steel drum tone since “Wamp Wamp,” which by all rights should have been the last and only good use of a steel drum tone ever.

A primality pushes some of these beats in their first gear before Jamie lays on shimmering celestial hues so as to transport you to orbit. Opener “Gosh” churns on propulsive drums and a pounding migraine of a bass note, then punctuates this rhythm with a screwed vocal sample (“oh my gosh”), then introduces new rhythmic elements, then suddenly synth lines are soaring into the sun. There’s no concept here and no real crutches. Just a million miles of feels, a taste of heaven stabbing light down into the tribal dirt, washing it in glow. One should hesitate even to contextualize this too reductively based on schools of producer music. Sure, yeah, there’s that. But Jamie xx isn’t necessarily trying to build tangents off the work of his predecessors. This is aesthetic absolute, uncaring for the strings of attachments we might paste to it. There are a lot of different ways to describe and define a track like “Gosh,” but whatever the simplest way is might be best. It’s beautiful.

Its darker flip-side is “Hold Tight,” an enthralling examination of what happens when you build a groove around a tinny vocal loop and some haunted synth work and then let that groove become consumptive on the impetus of a bass tremor. “Hold Tight” the title says and grits its teeth, settling into the sustain of its new rumbling variation of its same self, making a cool intensity out of its passing duration. These instrumentals do not need ideas pinned to them. They are entities that live, thrive, suffer, die. Our emotional response is to their beauty, our motional response to their throes. “Just Saying” says nothing, about a minute of glorious ambient cinema, the broadest of strokes, the most vivid swaths of colour. And we are in it, exactly where Jamie xx wants us to be. The whole record is saying “just saying” and nothing else but music that swallows you whole, even when there’s singing and there’s Young Thug. Here’s a picture that means nothing other than what you feel about it. And what you feel about it is too big, or too small, or too angular, or too round, or too soft, or too hard, or too deep, or too shallow, or too much more colours than words.