Other Records by Jan Jelinek 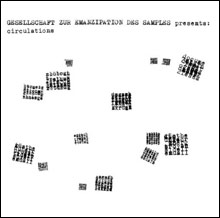 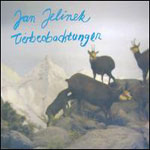 I don’t know whether Jelinek thinks he can build an orchestra out of ambience, but this album is definitely trying to deteriorate concepts of minimalism. Where his contemporaries have always played the stretch-out game—Fennesz hiding melodies in the crevices of the spaces between phrasings or Hecker undercutting forward momentum in ways that create counterintuitive alternate momentums—Jelinek has often been about motion through foregrounding the melody. On past work, those melodies have been more upfront; here, it seems Jelinek is moving closer to his colleagues, stretching out loops across long spaces of time and working to evoke emotion from the intensity. That’s not a bad thing; the loops on Tierbeobachtungen are beautiful. “Palmer aus Leder” rotates around a steady guitar chord overlaid with a hiccup-noise as organ chords and bass notes and static ascend in the background. I’ve read some reviews that complain Jelinek is stretching things out too much, but when that vaguely vocal-sounding “whoo whoo” comes in? It’s like the hook from “Sympathy for the Devil” sung by angels.

“A Concert for Television” is reeds and guitar clunks; it’s an incredibly short loop, but the way Jelinek marbles the noise on top of it makes it seem like the perfect foundation. “The Ballad of Soap” employs a similar technique, but the bubbling guitar is darker, and when Jelinek brings in this melodic wave form that breaks and pitches like static, which itself only serves to introduce a barrage of wonderful reverse guitar parts, it’s wonderful, as is the attention to keeping things bubbling, to fit the title. There is a guitar lead (still reversed) that joins the mix that, despite the relative speed of the track, is aching and arch, and the

“Up to My Same Old Trick Again” is far more sparse (as if to suggest that everything is entirely “new”), but it still manages to deliver a few surprises. The basic blurping melody is fantastically odd, and everything jiggles all over the place—the song is basically gelatin in sonic form—but listen to how languid Jelinek allows the distortion to play. He moves slowly, but the tone of the song changes by low grinding and a high, wavering pitch that sigh behind the scuba sounds out front, a play made obvious when he slaps filters on the whole piece—suddenly it’s vacant space bubbling up from beneath.

This is a different side of ambient guitar work, sure; “Happening Tone” might as well be called “Happy Tone,” since the reverbed harmonic slides down the walls of this audio cavern sound like cartoon crystals and Ariel swimming through mermaid-land. It works, though, because Jelinek is finding ways to evoke pleasure without actually making the music pleasant. It’s still harsh, still cold, and still intimidating. But in recontextualizing the use of ambient guitar work, we get glimpses in other directions the genre could go, and those places are quite pretty indeed. I get why people are turning down their noses at this—it is different—but, at times, this album is just momentous, and Jelinek is playing at the top of his game. I think the emphasis on detail in this kind of music forces artists into constantly revisiting themselves to refine their work. I’d like to see a lot more risks like this one.