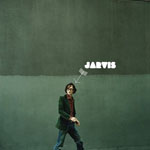 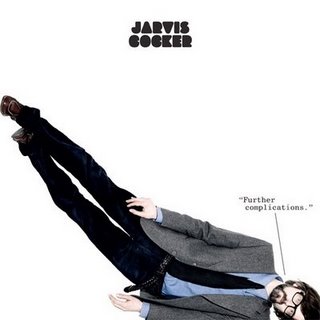 Pared down to its elements, the new Jarvis Cocker record sounds exactly like the last Nick Cave record: the ranting of a horny middle-aged man over atonal call and response vocals, garage-fuzz chords, and juke joint piano. In other words, it’s a hell of an antidote to 2006’s Jarvis, an album which, while hardly bad, felt drowsy and too much like B-game Pulp. But it’s to Cocker’s credit that he toured far more than anyone had a right to anticipate based off of the dearth of late era Pulp gigs, and his songs found new life onstage when performed by his crack backing band (including long time bassist Steve Mackey). Apparently realizing that he has way more fun when a rock band has his back, he entrusted Steve Albini to capture the no frills vibe, and its an unlikely yet awesome pairing that pays dividends. Further Complications is one of the liveliest rock records you’ll hear all year, and arguably the most enjoyable album Cocker’s put his name on since Different Class (1995).

“My morality is shabby /
My behavior unacceptable /
I’m not looking for a relationship /
Just a willing receptacle!”

Oh, snap! Jarvis now no longer has any need to be classy, and good for him. He’s spent so much of his career playing the role of the wounded dandy pining over unrequited love that it’s about time that he cashed in. He’s even grown a beard for cryin’ out loud, the man badly wants to get laid. The above lyric is taken from one of Complications‘ saxophone-enhanced ballads, but most of the record finds Cocker preening amongst cocksure garage rock so heavily laden with testosterone that he’s practically playing the guitar with his penis.

You can hear this in the album’s opening trio, a blast of momentum anchored by the syncopated stomp of the title track and first single “Angela,” a supremely groovy ode to a 23 year old exotic dancer who’s described as “mobile poetry.” Dig those piano rolls and Marty McFly guitar solo at the bridge! Later on, things get ridiculously randy with the raucous “Caucasian Blues,” in which Cocker extols the virtues of finding a good woman and “fucking her till your hair falls out,” while bemoaning the difficulties of being “hung like a white man.” “Fuckingsong” sounds so much like Fugazi its fun to imagine Guy Picciotto singing it. “Homewrecker!” is a primal stomp fueled by the bleating of Steve Mackay’s Stooges saxophone.

As would be expected from an Albini record, guitars are loud and unadorned, and the snare hits perfectly miked. Supported by his live band and in the presence of indie-production royalty, Cocker sounds like he can scarcely believe how much fun he’s having. Lest the Pulp diehards worry that he’s undergone a complete transformation into, say, Eric Burdon, Further Complications still has its fair share of prom night balladry with the dry wit we’ve come to expect. “Leftovers” in particular feels like the man’s wheelhouse, with Cocker chatting up a potential suitor in “the Museum of Paleontology,” and then using the fall of the dinosaurs as a metaphor for the importance of getting it on while he’s still able (“I want to love you whilst we both have flesh on our bones / before we both become…extinct”). The song also marks at least the sixth time in his career that Cocker has mined Tommy James’ “Crimson & Clover” for melodic inspiration. Elsewhere, “I Never Said I Was Deep” is a hysterically forthright one-night stand anthem. Its not until the two lengthy ballads which close out the record that Jarvis actually begins to exhibit something approaching tenderness, and even “You’re In My Eyes (Discosong)” is forced to rely on sleazy ’70s disco to get its point across.

But if a case of raging hormones and/or not getting any was the impetus behind the writing of this record, then we should hope that Jarvis Cocker is never completely satiated. Further Complications is a blast of a stripped down garage rock record, interesting coming from a guy who I never believed to have interest in such things. It’s his most focused album in over a decade, and ought to absolutely kill onstage.