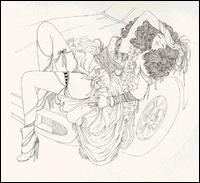 It took me a while to get acclimated to Prefuse 73’s unique brand of cut-up glitch-hop. His relentless amalgamations of hip-hop dicing (most recently on their best display on One Word Extinguisher) are an exercise in restrained, tightly controlled sonic schizophrenia. They are experiments that are upon their introduction to virgin ears bewildering and unbalancing. But upon close listen, the clever, expert execution of these experiments reveals themselves, and, if you’re at all like I am, they become fascinating as well as aurally pleasing. Especially when they pack in hooks like Prefuse 73 can. The idea, as Dan Snaith of Manitoba proved, is to take the best you can from all your favorite sources, and squeeze it into hyper-glorious, overwhelming assaults of sound.

Jason Forrest is to electro what Prefuse 73, or Scott Herren, is to hip-hop. Herren has been mixing everything from MC’s to breakbeats to old-school funk and soul in his Prefuse 73 efforts, to magnificent effect; Forrest meanwhile, takes on big guitars, classic rock, and even metal, inflecting it all with disco. If I had been listening to this album a few years back I would’ve been dumbfounded at connecting rock/metal/industrial with disco, of all things; but given the cropping-up in the music landscape of just about everything being mixed with disco, Forrest’s The Unrelenting Songs of the 1979 Post Disco Crash seems only natural given recently sprung-up artists like The Rapture, pre-They Were Wrong So We Drowned Liars, and The Scissor Sisters.

And boy are these tracks unrelenting. Following an opening few seconds of unsure clicks and pops, in “Spectacle to Refute All Judgments” Forrest dips virtuoso-like into a sped-up sample of a bass and synth hook, drawn from God-knows-where, but if it’s not enough to get you moving then you have a heavier ass than mine. The beat is pure keyboard-sampled disco, and then, following another foray into amorphous glitching, Forrest goes all out, switching between four different hooks with inhuman ease, then cutting up the hooks and repeat-sampling them until his ADHD shifts to absurdly theatrical guitar solos. And then piano-lined samples, and then back to his initial hook, wait, no. Hold on. Fuck. I’ve gotten a brilliant idea: stream-of-consciousness. That’s how I’ll to this review.

Just kidding. Thematically it would work; the nuggets of sound have such ridiculous temporal lifetimes that trying to work even one song here out into a useful schemata would take the length of an entire review. But you’re not interested in torture, and today’s an off-day for my sadism. Suffice it to say that on following track “Satan Cries Again,” fucking Creedence gets the mix-and-splice-fuckery treatment. The beats click and clatter like robot mice skittering across a glossy floor, and the acoustics are sampled and warped beyond recognition, and then untwisted again.

Yet, for all of his whirling lack of attention span, and his desire to pack in drum solos with guitar solos, with synth wackouts, Forrest, like Herren, possesses a remarkable ability to avoid appearing the hyperactive, irritating ten-year-old by occasionally dropping in moments of quietude, even space. “An Event,” before it spirals out into feedback and space sounds, proceeds at what might be called a restrained pace before launching off into synth-rock hyper-orbit, and the placing of it, following the more downtempo Creedence-inspired “Satan Cries Again,” is perfect. It gives the listener just enough time to collect himself before Forrest unflinchingly launches into classic rock solo samples and fleeting synth cut-ups, ending in an organ swirl of hilarious proportions on “An Event.”

The single flaw of the record is Forrest’s inability to resist packing in all the ideas he wants, so occasionally the yielded result is overbearing and distracting excess. While on “Satan Cries Again” for instance, he retains a running theme that makes the track feel self-contained and whole, tracks like “Inkhuk,” while immensely enjoyable, veer off into so many directions that they feel less like whole compositions than successions of sometimes unrelated sample-projects. I don’t think that all of us have lost so much of our attention spans in the modern age that we can’t appreciate build and control; sometimes Forrest’s work makes it seems like he really believes we have lost all our attention span. And occasionally it goes to his detriment.

But these moments are rare, and even in instances of excess, Forrest holds on to your admiration by returning to previously used ideas so that they don’t seem like simple discarded toys. He also combines them with remarkable skill, so that even though they’re heady, they hold together, and even though they overwhelm, they encourage repeat listens rather than frightening you.

But what ultimately makes this album so good is the fact that Forrest’s understanding of ebb and flow works throughout the whole album. The album is brash, but it can also be meditative and delicate for short stretches, and this dualism works to significant benefit, rendering the loud noise even more rambunctiously fun when they do jump out, and the quiet points even more delectably delicate when they ease in. The point is proved with “10 Amazing Years,” when the potentially explosive beat gets reined in for a bit of beautiful Who-sample minimalism. Yes, Forrest actually uses The Who for minimalist purposes. But he doesn’t forget to wow you with it at the end, in a climactic explosion of samples that leaves you thunderstruck and breathless. And with the brevity of the album, the instinct to begin again is irresistible. Because at the end, the finale may wrap up with a bang, but once you catch your breath, you want to know when Forrest’s second set will begin. Luckily, starting this mess of enjoyment over is quite a pleasing second-best.