Other Records by Jason Lytle 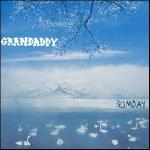 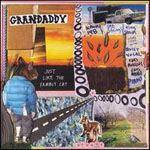 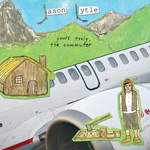 Yours Truly, The Commuter

Grandaddy’s dissolution in early 2006 was the source of much distress for legions of the band’s longtime fans—most of all because it seemed like poor timing. Nearly fifteen years into their career, Grandaddy called it quits just as they were poised to break into outright mainstream success, a glut of crossover media appearances and licensing opportunities, ranging from zombie movies to soft drink ads, beaming their idiosyncratic brand of celestial folk rock into homes across North America and beyond. Though their swan song, the underrated Just Like The Fambly Cat (2006), was competently crafted and thoroughly delightful, it nevertheless fell shy of that sweet spot we all figured Grandaddy were capable of reaching.

And so, the obvious question: can Granddady frontman Jason Lytle’s solo debut Yours Truly, The Commuter fill the void left by his old band’s absence? Pre-release material available for some time on Lytle’s Myspace page suggested that the rest of the band’s contributions had been, well, negligible, his solo aesthetic entirely indistinguishable from his earlier work. I wrote in an earlier track review that lead single “Brand New Sun” “sounds like more or less the Grandaddy that left us three years ago, in large part because of Lytle’s voice but also because what we’ve got here, musically, falls back on his old band’s ‘folky guitar plus bubbly electronics’ formula.”

All of which is to say that Yours Truly has a certain posthumous gravity. And it isn’t just fanboys lathering adoration and prejudiced expectations onto what is officially and decidedly not a new Grandaddy album. When Lytle sings “Last thing I heard I was left for dead / Well I could give two shits about what they said” on the album’s title track, one gets the impression that Lytle understands how people are going to be approaching this record—and he’s done very little to convince us that we should be considering his solo efforts differently. Like “Brand New Sun,” most of Yours Truly sounds like what one might expect a proper new Grandaddy record to sound (its guitars amply swirling and keys twinkling in all the right places) and in typical Grandaddy fashion these are songs about dead dogs and imaginative children, advice-giving animals and weekend parties. And, yes, one of the songs is called “Fürget It.”

If this isn’t composed as a comeback, if it isn’t Lytle exercising his favorite Grandaddy-isms and recycling the moves he mastered on The Sophtware Slump (2000), how are we to accept this as anything but a pale imitation of a great modern pop band? Is “I Am Lost (And The Moment Cannot Last),” with its lazy pace and shimmering synth pads, Lytle drawing from the same well he did under his old moniker, or is it just a transparent rehash of “He’s Simple, He’s Dumb, He’s The Pilot”? It’s never entirely clear on which side Yours Truly stands, propped pleasantly between the celebration of his sound and the admission that that’s all it’ll ever be.

But to say Yours Truly is stuck in Grandaddy territory isn’t exactly a dig; that band produced four consistently solid records, and it turns out Lytle is as competent on his own as he is with friends. Album opener “Yours Truly, The Commuter” kicks off with bleeps resembling those found on “A.M 180” before Lytle comes in with guitar and his own miniature digi-orchestra, replete with synth strings and some self-harmonizing. “Brand New Sun” is as enormous a pop jam as its dorky title suggests, its lyrics (“Hold my hand / As everything blows away”) and Yacht Rock solos played up for goofy enthusiasm. Lytle loses his way with the plodding “Birds Encouraged Him,” a boring slowjam that kills the record’s momentum. Follow-up “It’s The Weekend” also feels disappointingly half-baked, and together in the dead centre of Yours Truly these two songs represent the logy nexus of an otherwise consistently enjoyable and beaming record.

“Though you were great / Something went wrong / ‘Cause now you’re too gone,” Lytle sings, and I can’t help but reluctantly think that all this contextual information about Grandaddy is causing me to invest lines like this with too much meaning. Am I just projecting? Maybe, but it’s difficult to get through the record without thinking about that legacy and its (arguable) revival. For good or ill, Yours Truly, The Commuter is as close to—and as good as—a new Grandaddy album as we’re gonna get.