1. Strides
2. Let There Be Love
3. National Treasure
4. The Eternal Return 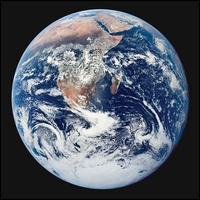 Jason Urick: I Love You 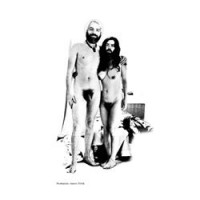 Insofar as weekly reviews can be insistent, mine have definitely been that 2009’s class of ambient music is among the best—the most diverse, the most novel, the most harrowing, the most melodic, the most inspiring and invigorating—in years. And so allow me to harp further: in no other year than 2009 would an ambient album like Husbands (with, my god, that cover) come out. Ambient is all grown up: satirical and playful as rock music, dabbling and getting vitally dangerous.

Husbands falls on the melody/noise-pastiche end of the ambient spectrum (let’s call it “crunchy”)—which is, as always, diametrically yet symmetrically opposed to the drone-tone, spacey, whooshy-noised end (“cheesy as shit”). Sure, it tows the binary line while some of 2009’s better ambient—Tim Hecker, Mountains, Emeralds, White Rainbow—seem to be forging spaces all their own out of the genre’s still familiar confines. But yet another fundamentally embracing record of hum and build and a well-read sense of melody is one more lucky strike for ambient junkies. A particularly fortuitous byproduct of laptops plopping music-making tools into the laps of the masses—besides the only half-true-but-nonetheless-empowering notion that now everyone can write music—is that ambient, a traditionally marginalized genre, has been infused with new numbers. Urick’s not exactly a newcomer but one gets the feeling that Husbands was finished, and is as good as it is, because of these recent strides. The album has an ease about it, a mellifluous production that sounds modern but never hysterical. For 2009’s ambient, louder is just another in its bag of tricks.

Most of the album’s four tracks tend to build from the pseudo-psychedelica of noise’s roots to a wash of organ sounds or, in the case of “Strides,” what sounds like an angelic choir of harmonicas. It’s a knowing circulation of ambient touchstones that is at once the album’s de facto declaration of state and best song. “Let There Be Love,” by contrast, gets appropriative, being based on a couple of tiny Bee Gees samples. It tinkles with dotted noise, the most Emeralds-like of songs here, but more importantly alludes again to the playfulness inherent to Urick’s musicianship, to ambient’s burgeoning willingness to take a place in the music world. In fact, the only stumble on this uncomplicatedly listenable album is the seventeen minute “National Treasure,” which feels unnecessarily long. Here’s hoping the next aspect of rock that ambient chooses to knowingly and strategically mimic is its vicious scope.

Though it won’t register among the year’s best, Husbands is yet another solid entry in an annual catalogue that’s absolutely spoiling ambient fans. Though slight overall, and laborious in one place, it’s a competent and accessible entry to Urick’s music, a marker for future efforts from the artist. Kudos to Urick, and to Thrill Jockey (also home to Mountains), for being on the forefront of something so obviously vibrant and relevant.