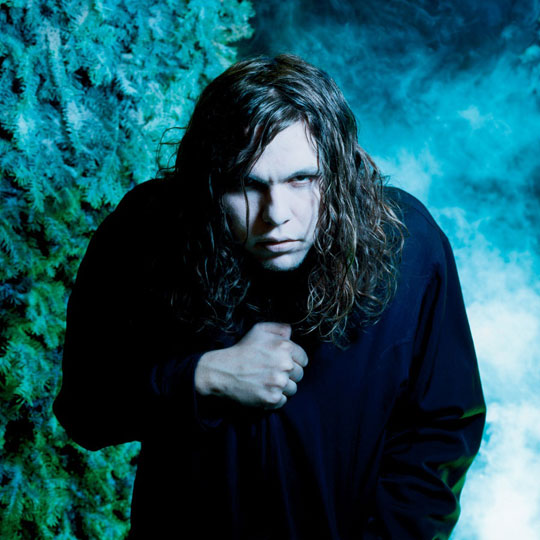 Jay Reatard’s continued drift from curt abrasion has been well-documented, if not outright belabored, since his departure from In The Red and Goner and other earnestly underground labels. His most recent selection of 7” singles, compiled in more marketable form and released to much acclaim by Matador last year, drew out the trajectory clearly: one could trace a line from the boorish garage-punk opener “See/Saw” straight through to the uncharacteristically tender closer “I’m Watching You,” the modest restraint of which suggested only more reservation to come. Thus Watch Me Fall, Reatard’s first proper Matador LP, poses and poses the obvious questions: have his coarser tendencies receded further? Is this the accessible, mainstream breakthrough previously suspected? Is it, whispered, Good News For People Who Love Bad News (2004)? We waited with bated breath.

Watch Me Fall is certainly a lighter affair than its predecessors, but this album is less about evolution than reconciliation—an exercise in splitting the difference between pop and punk sensibilities. Reatard here embraces melody more directly than earlier incarnations of his style would have allowed, much of this material veering into fairly straight-forward indie territory. But the apparent shift toward accessibility is, importantly, only partial: Watch Me Fall, while lacking the outright bite of Blood Visions (2007), thankfully retains a quantum of Reatard’s characteristic gall. The direction in which his aesthetic had been heading seemed to preclude regression, and though it’s true that nothing here grates as efficiently as older cuts like “Night Of Broken Glass” or “Greed, Money, Useless Children” (nor any of his work under the aegis of the Lost Sounds or the Reatards), it’s clear that Reatard has made a conscious decision to resist total pop assimilation. Prior to his signing to Matador Records—itself quite a step up from his previous throne on In The Red—rumors of a potential deal with one of the majors circulated, and when you consider the sort of product Universal or EMI might have produced in such circumstances, it’s clear that Watch Me Fall is not the overproduced opus it could have been.

Could it have been that, really? Not to say that it doesn’t occasionally twinkle with pop sheen: lead single “It Ain’t Gonna Save Me,” marked by a hook more infectious than most radio fodder, is possibly the most traditional, consumable jam Reatard’s ever produced, and as an opener it packs appropriate punch. Many of the earlier Matador singles were built around a similar verse/chorus/refrain structure, and Reatard’s penchant for introducing the hook at the last possible moment should by now be familiar, but “It Ain’t Gonna Save Me”‘s real success hinges on its comparative cleanliness; an older single, like, say, “An Ugly Death,” contained similarly bouncy refrains, but they were uniformly buried beneath layers of tedious (and, often, entirely perfunctory) distortion. Steeping catchy pop fluff in noise is the shitgaze secret weapon, I know, but Reatard seems to have finally realized its superficiality as a gimmick.

Matador Singles 08 closer “I’m Watching You” was the most obvious indication of Reatard’s interest in holding back, and, perhaps unsurprisingly, the track reappears on Watch Me Fall. Here it’s been nicely fleshed out, and I suspect there’s a point to it beyond simple reiteration—the song has always stood out from his back catalog as alienly delicate, and here those features have been expanded, accentuated, brought into relief. The disparity between the previous bedroom recording and the current studio one is wide and confusing—is this the sound of selling out, or is it just making good use of available equipment? Plenty of old fans, particularly those dedicated to certain scenes and circles, are bound to turn their back on Jay Reatard, and the reappearance of “I’m Watching You” with a makeover seems like a deliberate instigation; it calls attention to the distinctions between the still-“underground” musician and his potentially “commodified” successor. At the least, if “I’m Watching You” is any indication, Reatard’s ready to confront these allegations.

So “I’m Watching You” was once Reatard’s most effete outing, but now looks like preparation for further softening: Watch Me Fall‘s final two numbers, “Hang Them All” and “There Is No Sun,” test the limits of his capacity for emotional resonance. Even with the earlier hints, who could have anticipated that Reatard could write such genuinely beautiful songs, somehow striking a balance between cloying and cool with surprisingly delightful results? “There is no sun for me,” he sings, circling back on “It Ain’t Gonna Save Me”‘s self-deprecation, though now with a resignation sounding wholly tired. As if he could ever sound this tired. Watch Me Fall isn’t evolution, but it is certainly maturation, the first physical testament of aging as a slog toward something better.