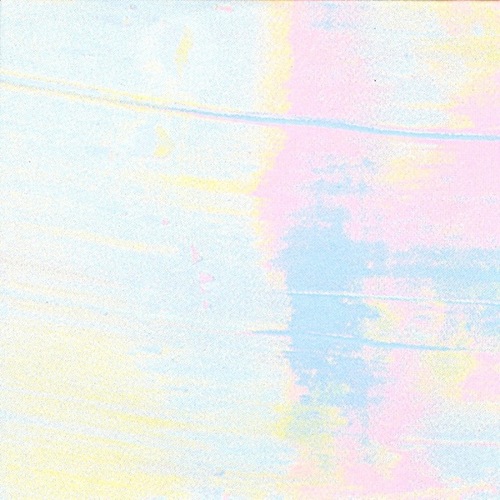 Love is a Stream

“Anything you can do,” says Alps frontman Jefre Cantu-Ledesma to North Sea frontman Brad Rose, “I can do better, though I won’t be bringing my drums/my wife like you did.” So begins Type Records’ second trip into shoegaze, and the second time they’ve allowed one of their lifers to change styles instead of hiring in someone from the nu-scene. Last month, drone evangelist Brad Rose shocked his followers with a pop record—one which worked. Jefre Cantu-Ledesma does the same here on his solo debut, but moving from B to A: he’s left his florid space-folk behind for this collection of upbeat migraines, shiny as his native San Francisco. If you’re prone to headaches I’d recommend low volume, because Love is a Stream is a shoegaze album where the guitarists legitimately need shades: Cantu-Ledesma has cranked the wall of sound into twelve dazzling attacks of bright light. In fact, the Love is a Stream title seems a little underwhelming; to prepare listeners fully, he should’ve called it Love is a Sound You Can Self-tan To, and included free pairs of eyeshields with the disc.

But preparing listeners isn’t part of JC-L’s plan. He wants that initial shocked gasp to last for three quarters of an hour, and he very nearly achieves it without a stumble. “Stained Glass Body” marks the start of his 45 minute headrush, its vocals crying to you from somewhere in the mix. If you squint, and focus, and listen past the deliriously brilliant gushes, you can hear the guts of an old Chicane track gracefully succumbing to a rockslide. Short of sunbathing or jumping out the way, the only thing you can do to this is swim—either that or remember the old PS2 start screen where glass blocks gently slipped away from you.

Things don’t stay gentle for long, though, and Cantu-Ledesma slaps you with his battery of white noise, from the deep fuzz of “Loving Love,” which must be how it feels if your eardrums burst in a mosh pit, to “Where You End & I Begin,” which drowns in victorious static. The latter rounds off a mini middle trilogy, beginning with the yang of “Where I End & You Begin” and its unholy experiments with ultrasound. It’s stunning to hear so many ideas puréed on one set of tracks, and makes you wonder how Cantu-Ledesma takes notes when an idea hits him. On the basis of his production, it’s with blunt pencils dipped in radium.

It’s not all about the biggest wall of sound, though, and the melodies, despite being hidden, are there. You just have to pan for gold to find them, and sifting through the silt that Cantu-Ledesma’s accumulated might be too much of a chore for some. The patient will be rewarded with such fineries as the closing harmonies on “White Noise Butterfly,” so nearly free of the mulch you can touch them, and, like dreams featuring soul mates or time machines, when you come round you’ll be pissed all you’re holding is a duvet. If that raises temperaments then head straight to “Star Garden,” a track whose shrill flamethrowers tick the primal scream checklist. Here, the destruction is more akin to evil Type, and as Cantu-Ledesma mimics shrieking hot metal, taking freshly-pressed car panels and dropping them into ice, you quickly learn that not all light has to be friendly. Look at Fresnel lenses, for example. Those fuckers churn out a 1,000,000 candle lux and float in a bath of mercury.

What’s most attractive and accessible about Love is a Stream, though, is a simple but well checked hook: there are so many moments for getting gently baked to that it’s hard to feel sunburnt for long. Given his country’s prowess with energy—currently supplying themselves as well as half the United Kingdom—Cantu-Ledesma handles choral electricity like the hot-blooded Frenchman he is, carefully stirring in lost girl vocals to create a string of mind-blowing sunscapes. You can see the notes he swapped with the Roses of the North Sea/Altar Eagle (in fact, there’s a strong hint of borrowing on the ghost sounds of closer “Mirrors Death”), but there’s still no reason why Love is a Stream shouldn’t get Type the same hailing as Mechanical Gardens. The lack of percussion might be an obstacle for those who see shoegaze as being My Bloody Valentine or ambient, but there’s some optical trickery at work here that’ll suck in both deep thinkers and fans of background music alike. You need to watch out for Cantu-Ledesma’s and his rush that moves at 299,792,458 meters per second. It’s exactly what happens when you hand a Frenchman a light rig and give him unconditional permission to stun you.