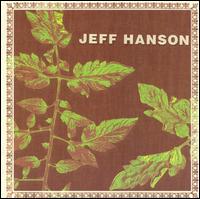 I was sitting around the office of the newspaper I write for a few weeks back looking for something mellow to throw on after there was a unanimous veto of the new Dead Meadow album. I settled on Jeff Hanson and all were happy. That is until somebody asked, “so, uh, who’s this.”

Fellow office-mate: “Um, like, the name of the band is Jeff Hanson?”

Me: “Yep.” I pulled up the Kill Rock Stars website and showed him this photo: http://www.killrockstars.com/press/388/Scheife_2.jpg. There was a sort of shudder, and then a few minutes later:

FOM: “Um, can we change this. It’s making me feel dirty.”

Yes, ladies an gentlemen, even in the age when Joanna Newsom, a woman who was clearly born to play the Wicked Witch of the West, can win critical acclaim, we still have a hard time accepting a man who sounds like a lady. We here at CMG are ready to accept Jeff just the way he is, just like we love that freakishly-voiced ghoul who leads The Tiny. In fact, and I may be going out on a limb here, I’d say that Jeff’s voice is his saving grace. If he sounded like a guy everyone would recognize that this is just XO-era Elliott Smith, just not quite as good, but as is, everyone’s too distracted by the voice.

I’m not one to say that the derivative nature of much of the music on Jeff Hanson is a total drawback. You become aware of it at certain moments, but it doesn’t really detract from the experience. “Now We Know” has the sort of soft finger picking and personal lyrics, right down to much of the vocal delivery, that characterized Smith’s earlier work. The repeated grand chorus of “Welcome Home” feels similar to several of the louder tracks on From a Basement on the Hill. Still, these are great songs, especially the former, with its quiet delicacy and intimacy. I’d love to hear his take on a song like “The Biggest Lie” or “Angeles.”

Not all the songs fair quite so well. Homogeneity descends upon the album: Hanson doesn’t have Smith’s creativity with guitar tunings and arrangements, and his voice (really not a falsetto) lacks Smith’s expressiveness. Where the sweeping scope of “I Know Your Name” connects reasonably well, the simpler “Someone Else” falls flat. Hanson is at his best with a duo at the end (the up-tempo “This Time it Will”) and the beautifully written “Let You Out.”

True, there have been plenty of singer-songwriters over the last decade or so who have traveled the same route as Elliott Smith. After all, for every Cat Power, Sam Beam, Vic Chesnutt or Will Oldham, there seems to be an Earlimart, Hayden and Sondre Lerche. Hanson walks the line here. A lot of the material is a bit too close to Smith for comfort, but he’s able to establish himself as a more-than-competent lyricist, and the arrangements recollect the creativity of Smith rather than just mimic his work. It’s an impressive feat, and in the end it’s an impressive album as well. And remember, you can always close your eyes and pretend it’s not a dude singing.