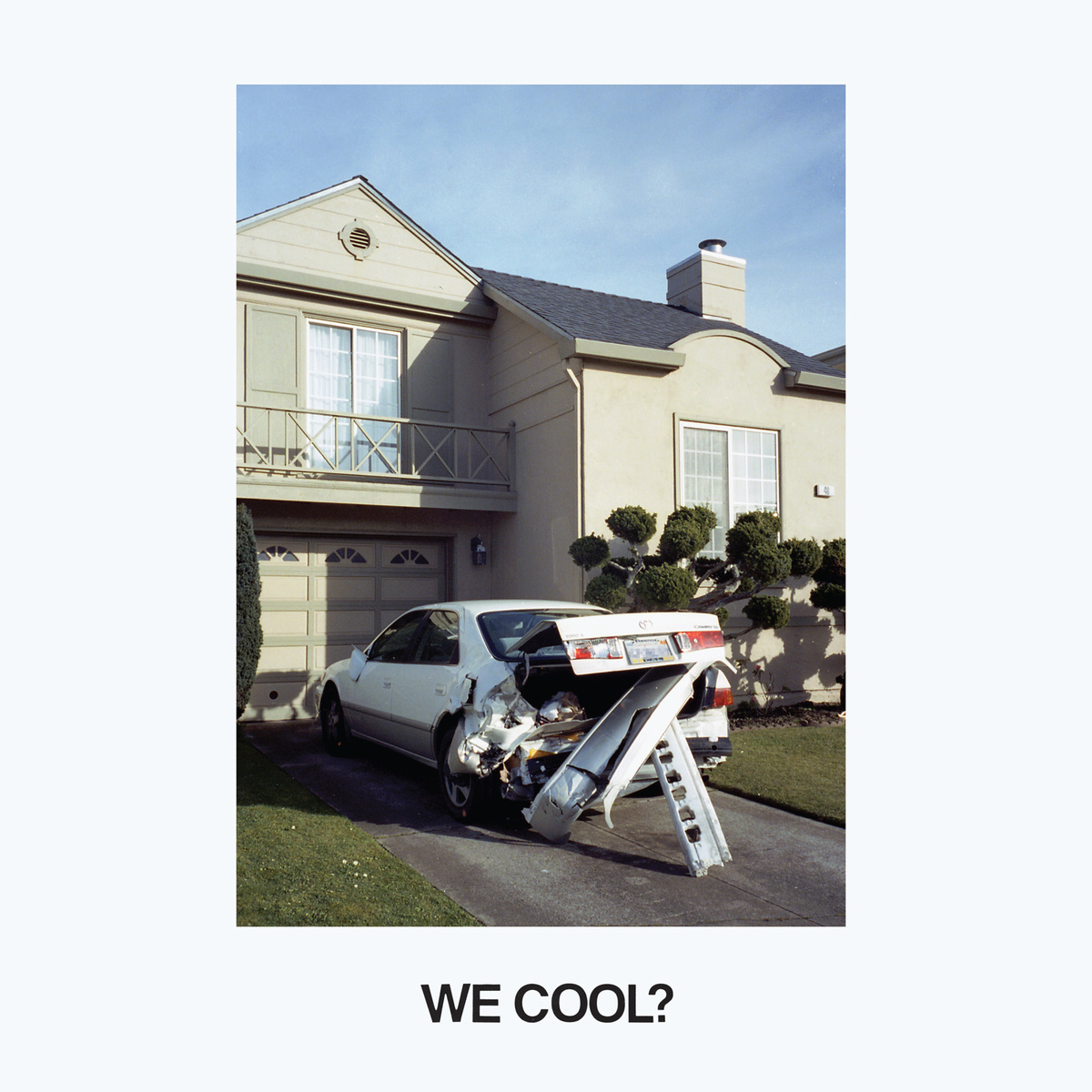 Jeff Rosenstock still feels like shit, still drinks beers alone, still continues to rage, rage against the dying of the light. On We Cool?, the former Bomb the Music Industry! frontman is where he’s always been: watching Robocop in his living room with booze and weed. That, or he’s bouncing from couch to couch, wearing on his friends’ patience, saying hi when he can, but mostly falling out of touch. He still hasn’t met a hook he couldn’t assimilate to his manic style of power pop, still hasn’t met a note he didn’t think he could sing. In fact, there’s very little that’s different about We Cool? from Bomb the Music Industry!’s last few releases. The main difference, announced in the title of track one and referenced over and over again, is that Jeff Rosenstock is getting older.

This has literally always been true, and Jeff is aware. In “The First Time I Met Sanawon,” off 2010’s frantically-titled Adults!!!…Smart!!! Shithammered!!! And Excited By Nothing!!!, he led this shout-along pledge: “As we get older, everyday feels longer, and although I know I’ll struggle, I will do my best to never get tired.” He was 27 then. Now 32, things are getting a little dire as a future he’s been fighting his whole career looms taller and darker on the horizon. You can’t really use scare quotes when calling yourself an “adult” at 32. You can’t play a house show to kids who snuck in booze. Not with friends in the suburbs, holding jobs, having kids. Jeff’s a grown man who’s been ten (goddamn) years old his entire life. The major difference between Bomb the Music Industry!’s older releases and We Cool? is that on We Cool? the self-aware debauchery feels quietly sadder.

Take album standout “You, In Weird Cities”: the song is a raucous ode in the classic Rosenstock tradition to friends spread across the country, but its nostalgia is tinged with frustration. The first chorus goes, “I’m always getting high when no one is around, cuz nothing makes me feel anything’s worthwhile / Nothing makes me happy / I’m like a shitty child / Nothing makes me laugh / Nothing makes me smile.” Though this is hardly the first Rosenstock chorus devoted to solitary intoxication, compare it to, say, the chorus of “Hurricane Waves” off Vacation (2011): “You get yourself a bottle and say ‘I don’t love anything anymore’ / You get yourself a bottle and say ‘I don’t do anything anymore.’” In the latter, you, the listener, are invited to engage. You hear a certain disillusionment sung back to you with the earnestness of one who has been there, survived, and come out okay. We may not love anything or do anything, but that there is an implied “we” gives the lyric a comforting populism. That comfort is missing from We Cool?, as Jeff sings not about the nobility in being pieces of shit together so much as the sadness in being a piece of shit alone.

This is why We Cool? sounds like a Bomb the Music Industry! record but inspires more bittersweet melancholy than this-is-my-life-type fervor. It’s a punk rock record in twilight, one last “fuck you” to the passing of time. Of course, it wouldn’t be a Jeff Rosenstock record without some knowing sense of humor about the whole thing, and Jeff confronts the limits of his shelf-life with the same brutal honesty that’s made him such a beloved songwriter in the punk rock community for the past decade. “Get Old Forever” finds him drinking malt liquor at a house show, awkward and embarrassed. “I’m Serious, I’m Sorry” finds him drunk and relating to a girl’s recent loss of a close friend, but worried about being a condescending old guy about it. In the video for “Nausea,” a young crowd in a basement buys knives from his merch table, cuts him open, and pulls all the tacos out of his stomach. It’s a fittingly comic accompaniment to a song about Jeff shutting out people who try to get him to talk about life after punk. We Cool? is to Jeff Rosenstock as the “You’re Getting Old” episode is to South Park: a serious, but still funny admission of age.

It was always going to be like this. Things were always going to get sadder, weirder. The realities of We Cool? were the anxieties of Bomb the Music Industry!. But with Bomb, all that could be pushed off, because there was a Youth to make the most of. I was at Bomb the Music Industry!’s last show in Brooklyn about a year ago and saw Jeff play an acoustic set of Bomb stuff at my alma mater a couple months later. At the time, I couldn’t understand why he would break up the band when their music was as strong and their fans as into them as ever. We Cool? helps to answer that. It is a post-Bomb the Music Industry! record, literally and symbolically, sounding like the beginning of a new chapter (even if Bomb gets back together, which, if the band’s general “whatever, man” attitude is any indication, could happen). Jeff will go on figuring life out, go on getting older, and report back to us on how that’s going come next album. And we’ll be fine.