Other Records by Jenny Hval / The Knife 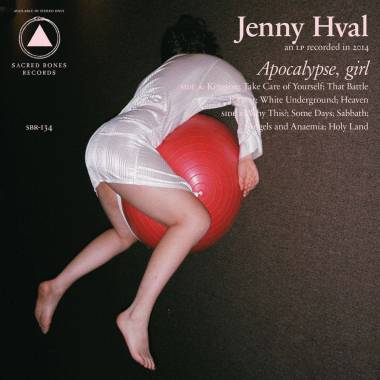 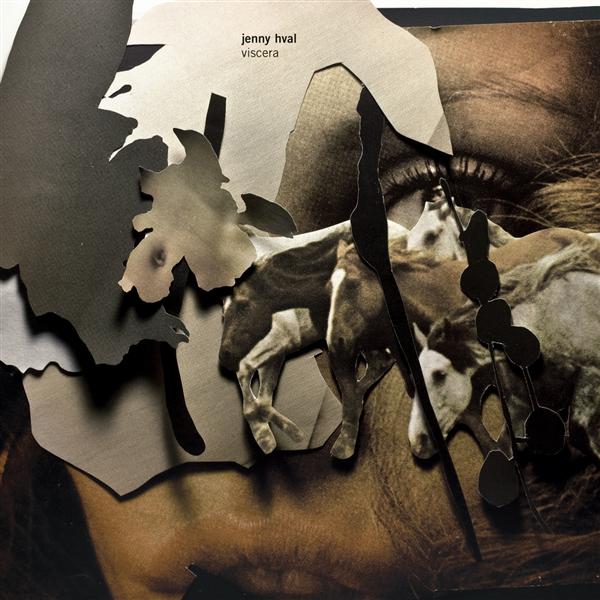 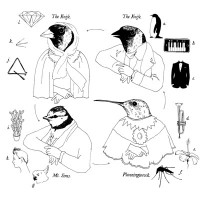 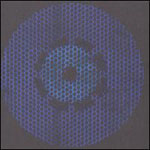 Innocence is Kinky / Shaking the Habitual

Come December, the Knife’s Shaking the Habitual and Jenny Hval’s Innocence is Kinky will find themselves on most year-end lists—the former somewhere near the top, the latter just kind of in there somewhere. Their placement on these lists will fill a particular need for those who pay attention to such things, surrounded as they will be by feel-good electronic jams and top 40 pop selections, because they will bolster the bona fides of a community that must balance each ironic pleasure with something cerebral and atonal. Their inclusion during Accolades Month may bridge, a little, the divide between our collective authenticity complex and the diluting powers of mass consumption. But only one of these albums really deserves to be there.

My next thought is too binary, I know, but I still find it useful. I categorize “the best” artists and albums into two very broad streams: those that represent and are a part of a burgeoning trend that right now seems fresh and interesting and will one day be retroactively analyzed for cultural significance. In other words: cool music. I don’t know anything about these albums; I’m 33 and I live in Ottawa, Canada. When the cool new thing gets around to rolling through town, it’s usually not that cool anymore.

The second stream of albums are by people who understand the role artists used to play as ambassadors of large ideological institutions like government, the aristocracy, the military, or the church. Big shitty institutions, including record labels, don’t have their claws in artists anymore (ignoring the nebulous forces of commerce and power, black magic that they be), but I think that’s resulted, somewhat, in some artists casting about for a reason to make art. They no longer do some on behalf of some Big Important Agenda. Most of these have settled on the perpetual and naval-gazing exploration of first stream, of the cool. Fewer attempt to reclaim the artist as pioneer, the artist who explores transcendence, desire, ethics, individualism and nationalism. These two streams are almost antithetical, really; it’s not “cool” to work on these big projects. This is why I only like about seven musicians, and they’re all Carey Mercer.

What these two streams have in common, though, is that they will enjoy the privilege we bestow on those who dabble around with their formulas—those who make “experimental” albums—over the traditionalists or genre warriors. And in that sense, the Knife and Jenny Hval offer two distinct visions of what an experimental album can look like, and both have varying degrees of success in achieving that vision. The Knife come at us with a big social agenda about changing the way people think—it’s right there in the title—and, generally speaking, don’t come anywhere close enough to concision, coherence, or true experimentalism to do it. Jenny Hval has no such big agenda, and shakes up our thinking in unexpected ways.

While the Knife seem to have outlined a much clearer vision for what they were trying to achieve, they do so, crucially, through experimentation starting outward from their own comfort zones, and with almost zero lyrical element. (Or maybe I should say lyrical urgency. Clearly there are lyrics here, but good luck recognizing any of them, understanding them, or using them as a point of reference in an attempt to shake ones habits, unless the habit in question is coherence.) Their exploration is one of experimental musicality, of aesthetic dabbling, of throwing shit against the wall. Shaking the Habitual was probably a lot of fun to make as a result.

Ultimately the Knife will be lauded because, paradoxically, they’ve created something we recognize to “sound experimental” but that isn’t actually alienating or uncomfortable at all. The Knife use drones and ambient music—variations on pieces once designed for large spaces and their attendant acoustics, like churches, halls, and opera houses. In other words, the Knife are referencing a form of experimentalism almost a half-century old now, once employed in the spaces where power and privilege were entrenched, enshrined, and enhanced in an effort to destabilize and challenge the thinking of the people who inhabited those spaces. There was something political about incorporating a structurally confounding style for a privileged audience. The Stravinsky riots are probably the easily referenced, and all Igor did was add some polyrhythmic world music that you might now find on David Byrne’s record label. But in 2013, and divorced from the various dance and theater components of the Knife’s live show, I don’t know what this accomplishes. The almost twenty minutes of wordless noise that comprises of “Old Dreams Waiting to Be Realized” may actually be pleasant to the ear of today’s ambient or noise music fan.

Hval on the other hand has no such pre-stated thesis that I can locate, and yet her lyrics are much clearer, her sentiment more urgent. Far from using musicality to strain the listener’s assumptions and comfort level, Innocence is Kinky distills the dabbling of 2011’s Viscera into tight songs you might almost call pop music. Her remarkably dexterous voice twists melodies out of the ether, virtuoso, sure, but also too sincere to be distant. Her lyrics are spoken plainly, presented without guilt or anguish, as the observations of a modern person, and the plainness of it is shocking. It’s catchy, infectious even, and rather than challenging the ear it removes barriers to careful listening. There is little standing between the listener and what Hval is saying. Hval’s music also seems less interested in performance space than regional concerns—be it the region of the body or of one’s home town or country. Is this emphasis on the city the result of the new nebulousness of music making, the placelessness of the artist and the listener in an online environment? It’s telling that when I posted some half-formed thoughts about structural v. lyrical politics on the CMG messageboard, Chet pointed out that I was describing underground hip-hop.

From a recent interview with Hval:

“On an emotional level, I don’t want to be a guide. I want people to hear things and experience them their own way. But when I write stuff that’s provocative, I want people to think about that, too. I’m in between a pop musician and an artist in that way. I want people to be part of the music as they listen, but I also want them to think: What was that?”

I found myself saying that numerous times while listening to Innocence is Kinky: “what was that?” It took me out of my routine, occasionally even shocked. Consider the way Hval effortlessly summarizes the insufficiency of words, the temporality of the body, and the alienation from both in “The Seer”: “This body is not for vision / The seer cannot go there / But the time is upon for the restless / And undecipherable alphabet / Each word an island less / And we speak in touch from …parts.” Then, that elegant coda, which, really, every song in the world could end with and yet only a few musicians dare to say so plainly: “Where do I end? / With ashes / Where do I end? / My body is the end / My body is the end / My body is the end.” In any case, compare the sentiment to whatever it is the Knife are going on about, indecipherably, behind obfuscated effects and playfulness. Which is likelier to shake the habitual? My gut says that Hval has more successfully created an experimental album—which is to say, an album that has attuned me to a new perspective and so left me changed. Is there a more relevant, current opening line than “At night I watch people fucking on my computer”? The immediacy of Hval’s lyrics and the clarity of her voice are the catalyst for a shared experience: the listener is as important, here, as the writer. By contrast, the Knife offer something akin to an exhibition.

As I was listening to both albums for this review I was also reading Sheila Heti’s novel How Should a Person Be? in which two artists talk about a play they’re working on:

“[…] A simple way to talk about it is that it’s about us, and about our embarking on a project together, and we’re trying to make something together as friends, trying to take each other out of ourselves and into the world, and it evolves into an actual engagement in the world. Then comes the discovery of something that we’re interested in replacing ourselves with.”

“Ultimately what we’d like to do is tell somebody else’s story (laughs a bit)—to build a bridge from our story to another story that we think is important to tell, then tell that story somehow. So we’re acting in the play right now, and our little challenge to ourselves is that maybe we’ll get off the stage at some point.”

These quotes seem to me to get at the crux of something about how we listen to albums like this, and what we expect from an experimental effort: that the full spectrum of the experimental work might necessarily start from the artist’s comfort zone, but must then, and just as necessarily, migrate to the eventual replacement of the self (the artist) with something else. The artist, having first experimented and in so doing discovered a greater truth than the ego or self-interest, must then dare to “get off the stage at some point,” to allow that greater the spotlight.

In these two albums, I think we find examples of how one artist finds an end in that experimentation, and how another only starts there. Hval’s music is no manifesto of clarity and concision. But she is expressing something ineffable in a way that is consumable and still interesting: the album as starting point, a work that grows with the listener—the gateway drug to thinking differently. To gesture with sincerity and humility and make something for an audience is so much more difficult than to enjoy the self-legitimizing authority bestowed on those who bravely muck about—and who write endlessly about the mucking.