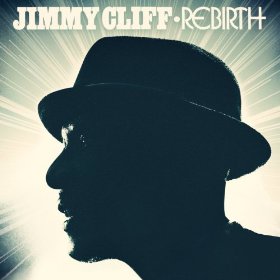 If the world were fair, Jimmy Cliff would be more popular than Bob Marley. But I guess in the end it’s just like Island Records boss Chris Blackwell said in the early 1970s: Bob was a more lucrative opportunity. Jimmy just didn’t have the image. But I’ve got to be honest about my serious undying love for Jimmy Cliff. Ultimately, I feel like his idea of revolution was always more of a nonspecific sort of affair as compared to other ruder boys, made of something a little more universal to the soul. To me, Cliff’s songbook feels more reggae by instinct than by design or necessity, as the best of his songs tend to well up and overwhelm with a spiritual force that sort of deceives their simplicity and joviality, as opposed to the pushing and prodding of something more specifically, abjectly political. For Marley, it always seemed that it was that latter kind of song that seemed to be so easily trivialized when taken out of context. Oh, goddammit. Just don’t get me started on that fucking Clapton.

Though, surprisingly, maybe that’s a great place to start. It’s such an obvious tirade given the subject, but I almost can’t imagine a more bipolar split between the sensibilities that animate the respective incarnations of both Marley and Clapton’s versions of “I Shot the Sheriff,” Clapton of course somehow managing to sap most of the jarring narrative specificity out of such a visceral tune by smearing on a little too much bland makeup. Conversely, I can’t count the number of grey days that have passed finding me listening to nothing but back-to-back repetitions of “Many Rivers to Cross,” as sung by both Jimmy Cliff in it’s original form, and by Harry Nilsson on what is, in my mind, perhaps the best cover ever recorded. Nilsson literally sounds inches away from death, desperate to get the words out, finally giving in to literally screaming in the end. That song will do things to people.

The story of that recording session is legendary in its own right of course, but for all intents and purposes maybe also says a little something about how well the song applies itself so willingly to any heartfelt struggle. It truly works miracles. “Many Rivers to Cross” feels like a folk song in the most stripped-down sense, ready by design to be sung by anyone with some brokenhearted belting gumption, a tune about as reliant on context as it is on anything other than Jimmy’s broken, pleading melody. It’s not the politics of Jamaica, or the struggle for civil rights. It’s just the right kind of empathetic, wonderful loneliness. The best part, though, is that there are lots of Jimmy Cliff songs just like it, and on his newest LP, Rebirth, Jimmy finally seems comfortable enough with himself, after a long journey, to start really acknowledging his true strengths. Simple as they may be, they are undeniable.

It’s almost sad to think that even these days, Cliff is probably still just as well known through covers of his material as he is for his best tunes. I suppose he danced a lively dance of blessed pseudo-obscurity on the razor’s edge of a mainstream breakthrough for almost thirty years, and in retrospect that little maneuver seems to have actually served him pretty well. I’m as guilty as any for seeing most of Cliff’s output past the mid-1970s as something of a perpetually decaying victory lap after his breakout lead role in the legendary Jamaican crime drama The Harder They Come (1972), the soundtrack for which Cliff also contributed what are still his best-remembered and highest charting songs. But considering the diluting weight of fame these days, it’s nice to think that his perpetually peripheral position has perhaps ultimately helped him to maintain some kind of creative drive and unique personality through the years.

And it most certainly hasn’t gone unnoticed, as evidenced by (to name only a few) Mr. Nilsson of course, Bruce Springsteen’s contribution of a Cliff cover to fucking We Are the World (1985), and a kinda bonehead Grammy nod for 1985’s thoroughly headscratch-inducing Cliff Hanger, which sounded a lot more like a half-baked translation of Jimmy Jam’s new jack swing than something from the studio of Cliff’s early mentor, legendary reggae producer Leslie Kong. And not in that I-sometimes-secretly-wish-Jimmy-Jam-was-a-dancehall-producer-when-I-get-too-stoned-and-listen-to-Janet-Jackson sort of way, either. But 2012 is certainly a whole new ballgame, even for someone who’s been recording music professionally since fourteen, and Cliff’s careful ballet with fame always seems to present him with strangely inviting opportunities to try new things.

So, understand my relatively swift acceptance at the entrance of Rancid’s Tim Armstrong as the revival force behind the surprisingly vital Rebirth. Really, Armstrong’s affable relationship with pop protest music comes as no surprise, and his obvious long debt to the Clash now seems only that much more perfectly complimented by a healthy helping of the soulful Jamaican balladry that Cliff embodies to the bone. Jimmy even doubles up on his cover of “Ruby Soho” from last year’s chi-focusing Sacred Fire EP, which makes pretty good sense as a straight reggae song, but doesn’t quite prove the backwards compatibility that I bet Armstrong would have liked to see under his self-conscious guidance. Still, it works, and maybe, instead, necessarily proves that Cliff embodies something about the spirit of music that every battle over ownership and copyright can only obscure. It tends not to matter what song Jimmy is singing, or who’s singing one of his songs. There’s always a completely unmistakable bit of him attached to the unmistakable feeling of that melody. It seems like an unusually honest, advantageous legacy.

Specifically though, Rebirth absolutely boasts some of the best tunes that Cliff’s recorded since his string of successes surrounding the international releases of The Harder They Come, first in the UK in 1973 and then to more relative success in the U.S. in 1975, though it probably won’t eclipse his other big foray into the lazy public eye when he offered a few passable standards to fill out the soundtrack to Cool Runnings, of course. Instead, it’s likely that Rebirth will be the record remembered by critics and longtime fans as the deserved culmination of the spirited comeback that was only hinted at with 2004’s guest-heavy Black Magic, and began taking true form with Armstrong first at the helm on Sacred Fire, from which the new LP’s particularly successful rendition of the Clash’s “Guns of Brixton” is also pulled.

“One More,” simple and direct as anything Cliff’s ever put to tape, could reinvigorate his career alone. The assertive pride and ecstatic terror in his voice as he sings of “One more bullet in my gun / And I can’t run / Till the deal is done” brings back every bit of visceral Trenchtown authenticity that Cliff spent two decades leaving behind. I swear that I’m not a lunatic for being pretty amazed at how well a song that includes the word “email” twice in the same verse can sound so legitimately like a Lee Perry production from the Upsetters’ heyday, but lo and behold, “Afghanistan” exists.

And it’s a perfect example of how Jimmy can turn one of the most political words on the planet into a viable pop refrain, to hopefully offer a succinct summation to characterize this energetic, long overdue return to form. Plus, it’s really fun to make up new lines for most of the songs, too. I guess I am a lunatic, but again that pliability only speaks to me about the universal translation made possible by Cliff’s powerful voice, because the songs never seem to lose their meaning or their cheese-transcending friendliness no matter how much they intoxicate me with that unselfconscious rhythm. I for one am definitely ready to believe wholeheartedly that there’s more than one bullet in Jimmy’s new gun. And that shit most certainly ain’t on stun. See? I’m sorry. It just can’t be helped.