Other Records by The Joe Beats Experiment 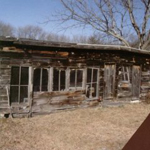 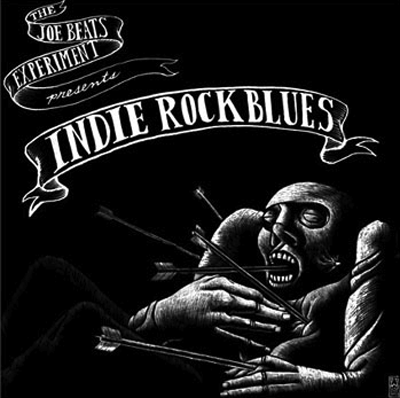 I can only account for this as a regional phenomenon, but if you went to a Maritime university in the late ‘90s you can likely picture the following: two rugby-shouldered boys with awkward chin-straps and too-thick-for-guitar fingers running through all your “favorite” button-down-shirt hippie-tunes during a Friday afternoon’s happy hour. And then, with knowing winks that cue the clever and unfunny and hilarious and culturally confusing move they’re about to make, these guys, thumbs clunking on cheap Yamaha acoustics, trade spit points on “Nuthin’ But A ‘G’ Thang.”

It’s not like I’d expect anybody to stand up and deconstruct that performance—you’d likely be drunk, or covering your ears, or pretending you think Dave Matthews was maybe okay to chat up the cute boy or girl at the bar. But two white guys playing Dre does present a mess of political and cultural questions that act as microcosm for a more complex tale of movement in the music industry at that time: rock drew from rap, rap drew from Rubin, and roles got reversed. And, since Aaron’s already offered a fine dissection of what Indie Rock Blues is (Non-Prophets beats wizard Joey takes post-millennial indie rock faves and updates them with 1993 hip hop production) in CMG’s 2005 year-end honorable mentions, I’m going to talk about what it isn’t, which, to my ear, is just as important in explaining why it’s a great album.

‘Cause, see, given how faithfully Beats handles his source material, it would be incredibly easy to figure each of these retrofitted songs into that same nest of questions. I don’t think you can, though, because to do so is to ignore that the album’s point is not the same as its gimmick, and therefore its gimmick isn’t really a gimmick at all. Indie Rock Blues doesn’t throw hip hop and rock together as some unholy and cutting edge union; neither does it act as if the differences between rap and rock (and the cultural assumptions bundled into each) are meaningless. It doesn’t ignore the elephant in the room of every suburban dweller who listens to hip hop—and I don’t mean race, although that’s part of it, but that four-letter word of pomo revisionism: “authenticity.” Beats isn’t taking apples and oranges to make fruit punch; he’s not trying to find a cusp where hip hop and indie rock can co-exist, intersect, or nestle snuggly against one another; and he certainly isn’t worried about what he’s throwing in or drawing out of his sampler.

But neither is this reverse colonization, an attempt to reject or one-up other failed attempts to unite rock and rap. A lot of shit has occurred between The Chronic and the present, but Indie Rock Blues doesn’t erase Crazytown, or Linkin Park, or other (mall)punk appropriations of hip hop. It doesn’t redesign the specific facial expression I had to create just to greet a constant barrage of have-you-heard-that-bluegrass-cover-of-gin-n-juice-I-think-it-might-be-Phish-isms. Eminem has already pissed me off, forced me to rethink my opinion, and forced me to rethink my rethinking. Indie Rock Blues cuts through the intervening years of its influence and source material like all that is simply so much vapor, pushing directly to the heart of its own music.

I say “heart” because there’s warmth here; the songs chosen in conjunction with Sonny Roelle are all sad songs (yes, as my fellow Deerhoofians will attest, even “Panda Panda Panda”). Each transported indie anthem loops and coils lovingly around the beats they’re paired with, fumbling through choppy breaks and breathtaking production towards a definition of, as Beats quips on his website, “danceable melancholia for the depressed.” Beats’ proficiency allows both inspiration and source to step forward, fade back, and shine through one another, often simultaneously. Jeff Magnum’s vocals on “Naomi” become a hypnotic séance over shuffling high hats and knocking kicks; Isaac Brock gets a dub treatment, which sounds frighteningly natural; Andrew Bird’s plucked violin loops might always have been a RZA joint; 90 Day Men’s thick piano boils and blooms around echoing rides; and M. Ward and Jason Molina open and close the album with songs that, already shiver-inducing, might now bring you to tears, your mind on heartbreak and heartbreak on your mind.

In fact, this album should appeal to everyone who has a heart. And if that sounds dangerously close to the kind of indie crit appraisal that either owns Kanye as a comprehendible indie subject or disowns him as a hip hop fraud, it’s still beside the point. Like his work on the Non-Prophets’ Hope, Beats’ production here won’t provide closure to a zero-sum debate between attitude and angst. Instead, it’s predicated upon the most fundamental aspect of the relationship between music and listener: people listen to music that does not share their worldview because it often makes them feel despite its cultural valence. Indie Rock Blues isn’t about rock refigured as hip hop, or hip hop made with rock, but about recasting these songs as Beats wants to hear them: haggard, vulnerable, and absolutely relentless. In other words, Indie Rock Blues is a combination of fantastic production and excellent song choice that results in exactly what its title proclaims it to be: a blues album, and, more importantly, a fantastic one.