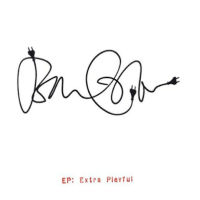 If Extra Playful—a five-song preview of an LP to come next year—is any indication, John Cale is aging in reverse. As the twenty-something sonic provocateur manning the eccentricities of the first two Velvet Underground records, he had a reputation as deadly serious, his commitment to exploration and form perhaps predicting the furrowed lines that now embellish his face. Before that, he wrote a toccata in grade school, was a tween virtuoso on viola (among the dreariest of schoolboy instruments), and, at twenty-one, he demonstrated grandfatherly patience as a chief accompanist during a record-setting eighteen-hour classical performance in New York City. And now, at sixty-nine and with rightful claim to the codger pedigree, he sends forth an EP with text-message song titles (“Catastrofuk,” “Whaddya Mean By That?”) and all the budging folly of playground horseplay. At least in Cale’s hands, this sort of subject matter brings to mind the distracted kid in class whose psychiatrist deems him too smart for rote education.

To be fair, Cale has previously explored childhood with his work as a solo performer—just not exactly while smirking. His landmark album Paris 1919 (1973) was lush with themes of youth, but sung more as crystalline reflection than as in-the-moment flashback. On Extra Playful, he fully inhabits the dodgy adolescent that seemed so dormant in his infancy as an artist, and thus delivers an album as musically adventurous as it is unsophisticated in content. The result, as expected, is endearingly awkward yet stylistically bloated, hooky but very much empty, and, cast in the grand shadow of Cale’s influence on the Velvets and his lofty achievements thereafter, a small sum of quirks and studio trappings far below the benchmark of canonization.

Nevertheless, it’s ephemerally fun. “Hey Ray,” a belated shoutout to one of Cale’s earliest and most hermetic NYC art friends, as well as a prime encapsulation of the good and bad on this record, exists without precedent in the Cale discography. Mostly minimalist funk, the song incorporates stray racket as percussion, grows cartoonishly paranoid during its singalong chorus, and employs a call-and-response section during which Cale offers a revisionist history lesson on the years from JFK to LBJ. (“1967, it’s the golden age,” goes the funniest line, “1968, and it’s all over!”) The deadpanned vocal mocks our hyperbolic fascination with the first decade of media-saturated America; at the same time, the song’s aesthetic flourishes are themselves overblown, fostering a disconnect between Cale’s style and his substance. “Ray” is therefore an absurdist gag somewhere between outright parody and knowing in-joke, and it fends off such intellectual reading with its layers of silliness. So fun as it is, the appeal doesn’t last beyond a few spins.

Opener and new wave pastiche “Catastrofuk”—originally titled “Catastrophic,” before evidently redrafted in graffiti lexicon—suffers the same fate. Some of the production values work, like a piano riff that brings to mind U2’s “New Year’s Day,” but much of it flounders. Acoustic strumming drowns in bubbly bass synths; the refrain is awash with tinny, industrial guitar. “Pile A L’Heure,” a similar mix of sometimes incompatible elements, runs Cale’s francophone lyric through autopitch machinery and rests atop a bed of spacey, Kid A (2000) keyboards, trip-hop drums, and buoyant bass runs. And closer “Perfection,” which actually features the most appealing and least obvious chorus here, should have been scripted as a swirling, symphonic ballad instead of a lamely chugging elastic anthem. “We had the answers all along,” sings Cale—and, when it comes to the sonic strategy and overall atmosphere of this EP, you really wish he did.

No ill will, however, can be harbored towards single “Whaddya Mean By That?”, which finds the right formula and manages to establish casually and simplistically some emotional depth. Thanks to watery guitar, faint electric murmur, and brushed drumming, the track buzzes like jazz beneath Cale’s story of troubled passion and ominous love: “Deep in the shadows, there’s plenty of room / For you to be dancing, a dancing fool,” he sings as the music floats by with polished intrigue. That the dynamics of the chorus stay faithful to the verses is a welcomed touch, and it allows the song to maintain its airy personality from beginning to end.

If only Cale could maneuver the same exact trick: maintaining his personality across the entirety of this short player, for it is indeed a newfound and attractively youthful character he wants to portray. Instead, he’s fittingly inexperienced with sounding inexperienced, and his resultant reliance on audio gimmickry gives the lot of these songs a feel of toys being tinkered with, not of the tonal mastery that many of his previous efforts have put on glorious display. Extra Playful is fun in the worst kind of way and, at times, bad in very fun ways, but as a whole it presents rather discouragingly the attempt of an auteur marooning—perhaps on purpose, but hardly with purpose—as an amateur.