Other Records by Jónsi 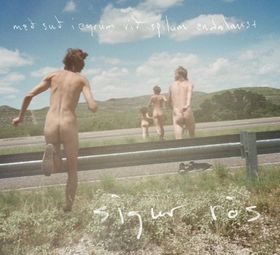 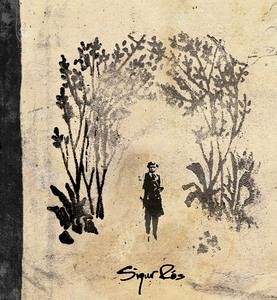 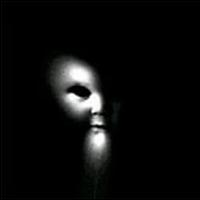 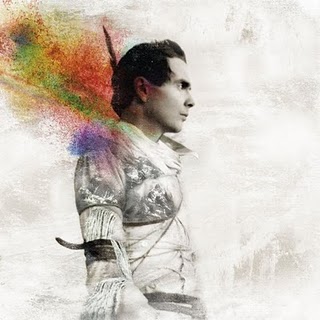 Go is not a record one would refer to as “badass.” In fact, if one were able to qualify what the opposite of badass would be, one could refer to Go as that. There should be nothing surprising, or even insulting, in this; Go is absolutely everything one would expect from Jónsi—and if one has no expectations of Jónsi, Go isn’t where one should start. No, going into Go, one should harbor deep, decade-long expectations; should wonder just how far the Sigur Rós frontman has come in the ten years since his band’s Ágætis byrjun (1999) breakthrough; should intuit the scale of an undoubtedly sophisticated, rapturous, and totally twee stage show; should expect no traces of anything even approaching badass. With enormous arrangements (horns, strings, birds, flutes, chopped up Jónsis, piano, harps, chimes, gongs, suitcases, and assorted twinkling and clacking everything) and a kind of kitchen-trough philosophy care of a manic and overconfident Nico Muhly, Jón Þór Birgisson’s debut does very little to distinguish itself as a solo outing, comprised of the same superliminal catharsis, elemental breadth, and eunuch’s vocals now codified by the band he’s conspicuously leaving out of the picture. How many times can Jónsi pronounce the same syllable in the same curly-cooed tone throughout the same magnanimous rush of super-fey dreampop?, we ask. I dunno, goes the answer, but he’s sure as shit filled his quota by now.

Go, then, continues in the same vein as Takk… (2005) and Með Suð í Eyrum Við Spilum Endalaust (2008) by driving Sigur Rós’s familiar elements ever further into more concise, pop-limned bites. Gone is the steady build of each song from minimal, naturalistic calm to something undoubtedly grander; instead, Go is always at a climax, has no room for any real development or ascension, and so loudly just is, a toddler asking a steady stream of dumb questions—How tall is tall?—but leaving no room to answer or even attempt a response. Go would like to pass this off as spontaneity, as a playful reaction to Sigur Rós’s measured structures and restrained affectation by turning that all on its head and then giving its belly a raspberry. But what Jónsi lacks is the variety in his songwriting and melodic range to be able to pull such subversion off—he’s still repeating that same syllable over that same bombast, whether that syllable’s intended as part of an English word, or a Hopelandic word, or not.

Go is, after all, mostly sung in English. If “All Alright” taught us anything, it’s that, translated into English, Jonsi’s lyrics are pretty inane, so the language of Go should add nothing to the record’s appeal. If anything, hearing “We should always know that we can do anything / Go do!” (“Go Do”) or “You grow like tornado” (“Tornado”) against spastic woodwinds and sobbing, buick-sized piano chords is often too cloying for its own good; “Boy Lilikoi,” as one may guess, is ridiculously sugary, Snow White levels of cutesy sylvan revelry. While Jónsi’s voice is still engrossing, even astounding, and while Muhly’s arrangements are hell-bent on wringing every melodramatic emotion out of Jónsi’s post-rock tendencies through a much more straightforward role than any of Jónsi’s bandmates ever inhabited, to sometimes ravishing ends (“Around Us,” especially, has a cadence and catchiness the rest of the album misses almost comically), Go is, more often than not, too much—in turn bringing into stark relief why Sigur Rós worked so consistently and why this record becomes sometimes intolerable in its breadth. I’m talking restraint, patience, austerity; “Grow Till Tall” and maybe “Kolniður” are the only cuts that seem to earn their squealing, steaming payoff—and that’s because they’re put together and sound remarkably like a song from Takk….

These are valid issues I believe I’m having with this record—prominently, I wonder whose record this is exactly, Muhly’s or Jónsi’s, and what’s most disconcerting is that it doesn’t seem to belong to either. No, it doesn’t belong to the fans, nothing that lazy, it belongs to a memory: of Sigur Rós, of first seeing them live and witnessing people cry, in public, around me, actually reaching ot to hold my hand, of the superstardom and hyperbole that band enjoyed when Chris Martin or Radiohead caught wind. Muhly plays against this memory, not composing music for Jónsi so much as for himself, exploiting the obviousness put before him by making it almost parodic, and Jónsi seems to be struggling to figure out whether he’ll ever be able to make music that isn’t married, unhappily or not, to what made Sigur Rós so special in the first place. Go, then, is strangely underdeveloped for how overdeveloped it feels; by no means a trifle, it’s as hard to outright hate on as it is to be trampled by, just another lovely 40 minutes from a guy with easily another 40 up his frilly sleeve.