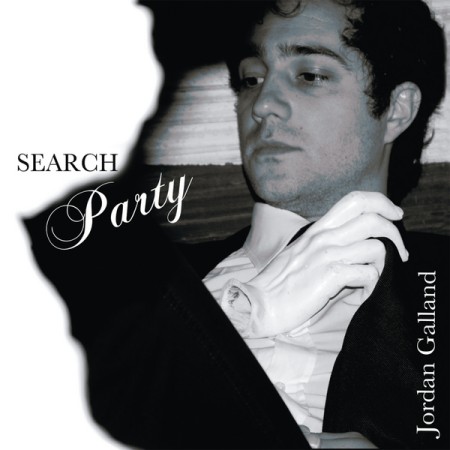 Peripheral renaissance man Jordan Galland, barely thirty years old and bedecked in a familiarly scruffy chique, is either still finding himself or not extremely good yet at any one thing. That isn’t intended to be a burn so much as an indication of what, fundamentally, being a renaissance man can’t help but seem to be all about. The burning desire to talk about or reinterpret a good piece of work is replaced by the endlessly reproducible biography of the RM. Is it he who preempts discussion of his work, or that the work just isn’t that good? Ask the supremely talented David Byrne who, after a transcendently interesting career in music, still occasionally traffics in gimmicky art installations, coffee table books, and record label wonkery. His art isn’t leaving as much space to talk about the product as it is to talk about David Byrne, which may not be his fault so much as the media’s, but may also double as de facto commentary on the work itself, which is, apparently, pretty ignorable. What other assumption can one make about any particular piece of work emitted as a result of these individuals’ peripatetic inspirations without parsing the full spectrum of that work for thematic consistency, without unquestioning dedication to that one artist? And fuck that, right? It’s hard enough just to read all of Dostoevsky’s books, and at least you know he was a genius.

So Galland’s a label and film company owner, filmmaker, cartoonist, clothes designerand musician; one-time collaborator with Sean Lennon and Mark Ronson; his Wikipedia entry credits him both with writing and directing a film called Rosencrantz and Guildenstern Are Undead and the ability to play the cow bell; he’s won awards, and lives in New York, and is friends with other award-winning New Yorkers, and is handsome and just seems to have generally won the life lottery; and he’s written a perfectly likeable if not wholly necessary indie pop-rock record.

The trouble, predictably, is that the record seems subsumed too effortlessly into the portfolio of Galland’s projects—which is a nice way of saying it’s underdeveloped and not terribly ambitious—rather than isolated, built on its own terms, granted a personality. Effable and somewhat polite, well produced and occasionally cutesy, thoroughly unpretentious, Search Party will not offend a single person. This isn’t the vanity project of the otherwise actor, the chance for Charlotte Gainsbourg to appear leather-clad on Letterman or for Billy Bob Thornton to swear at CBC hosts; Galland has played in bands before, and knows how to make a record without pointing to it, streamers flying. He allows it to simply exist, though Search Party barely seems to do even that.

Sure, easily arranged mid-tempo pop with the occasional flourish of vamp is worth checking out if that sounds like your thing. The galloping title track, with its horns’ theatricality, is the purest example of a musician’s song balanced with a listener’s demand for consistency, scope, vision. But too often a song like “Sexy Girl”—otherwise a pleasant sweep of snare brushes and piano, but with a chorus that reads “Sexy girl / what’s up with your boyfriend”—or the song that immediately follows, called (I shit you not) “Coolest Boy,” comes along and posits the whole exercise as one in faceless speech, pleasantness, forced charm. It’s like going to the trouble to release a zombie retcon movie: there’s undeniably some superficial novelty about which we can quickly speak, but one imagines it’s sort of a silly thing to sit through a couple hours of.

There isn’t a single lyric worth memorizing, though “Football and Strippers” might betray some geographical condescension towards those inhabiting the self-evident stereotype in play. (Needless to say, no one will peel off the “Jesus on our bumper stickers” because of this two-minute waste of time.) Generally, this hushed pop could play in the background somewhere, where it might suitably convey the stylized cool of, I dunno, art in general? Being an artist? Liking art? It’s hard to tell just what this record is about, what it wants to be about, or why it needed to exist, but its existence wont affront anyone’s essential tastes. It can’t be placed in a scene or conversation, and not because it’s out there in any way whatsoever. Wholly inoffensive easy listening, Search Party is clean, well-designed, smoothly consumable product; totally professional, relatively ego-free, and gone as quickly as it arrives.