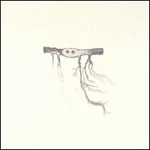 José González broke, dubiously, sound-tracking a Europe-only Sony Bravia commercial with his cover of the Knife’s “Heartbeats.” Electronic music was stripped to bare acoustic guitar and González’s languorous voice; a bathetic version which managed to tease out all the emotion buried in the song. He managed it again with his cover of Kylie Minogue’s minor mid-‘80s hit “Hand On Your Heart.” Again, the song was stripped back to a dilapidated bossa nova, his sleepy voice giving warmth and depth to the song’s trite lyrics. Halfway through In Our Nature it’s like he’s trying to complete the hat-trick, ‘cept: why tackle Massive Attack’s peerless “Teardrop”?

There’s no doubting “Teardrop” is a behemoth of a song, a lustrously produced modern classic. It holds one of my favourite lyrics, succinct, pure, and perfectly formed, just like a glossy black cherry: “Love is a verb / Love is a doing word.” It also is sung by the incomparable Liz Fraser. Think about those two last lines sung in the highest part of her register: “You’re stumbling into all.” Can’t you feel the unquenchable yearning? Can’t you just feel your soul aching? What a song. It takes an elephantine pair of cojones to scale this mountain. I wonder how he could even approach it? I skip forward to find out. González strips the song back to simple acoustic guitar and wraps his murmured, whispered…well, you get the idea. His version is pleasant, sure, but it barely leaves the foothills that loll about the base of the Massive Attack original.

At heart, this is the problem with González as a whole. Because, sure, there’s no denying that he can play spectacularly well. González shares with Jansch and Feliciano their ability to render unique sounds and intricate rhythms from his instrument, adding colour and power to his playing with great fluidity. And there’s no denying either that his voice is wonderful. He is as great a non-singer as Jimi Hendrix, Marlene Dietrich, or Nick Cave. The pure sonority and textural quality of their voices supersede any actual technical skill. It’s just such a shame that he has applied the wrong aspects from his love of dance, pop, and electronica to his music: repetition.

All his songs are mostly based on a looping singular riff. As a result they, and his albums, have a tendency to start, go on for a bit, and then end without leaving any great imprint. Take “How Low” or the title track. Both are based on a promising riff, his voice begins four bars in, he sings through the lyric, a four bar change in riff, a return to the vocal line and original riff which is developed (i.e. played louder or softer), the vocals are doubled or harmonised and the song stops. This is all very nice but it lacks what makes dance, pop, and electronica great -- the dynamics. This is why “Teardrop” is such a disappointment. Without the atmospheric production it is reduced to that riff and his soporific voice. His talents are best displayed when applying his skill to dramatic songs such as “Heartbeats” or “Hand On Your Heart” or when his songs are with the right producers such as the dazzling “Crosses” on Zero 7’s The Garden (2006).

This is a shame as there are many gems on In Our Nature which could be overlooked due to his apparent somnambulism. “Time To Send Someone Away” benefits from a barely-there rhythmic track which rivals Bebel Gilberto at her most intimate, “The Nest” is a fable of settling birds trapped in their collapsed nest who “then famished, possessed / ended up eating their own” which could rival Dylan for its visual potency. His talents really come together on the brave “Cycling Trivialities,” a lilting 7-minute waltz. Building from nothing it spreads like a glass of red wine spilt on a crisp linen cloth. The core riff is expanded and then turned in on itself. Your heart swells as he spits his despondent lyrics like a destructive mantra. The volume grows and then, before it threatens to climax, calm is restored -- his feather-light guitar freefalls into arpeggios holding you in sustained expectation. It is rewarding that the album should end showing his passion displayed as a performer and shining through as a song-writer. The only problem is, with the rest of the album being so slight, it’s may be too easy for most to stop listening before they get to it. Pity.