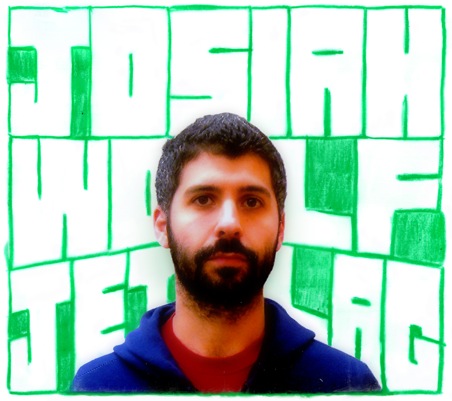 Authenticity still matters to many listeners; contextual narratives still have real weight. The deconstructionists fret because to the average consumer having a credible authorial subject to probe is about as valuable as (or in some cases more significant than) how a given record actually sounds—and if that sounds like hyperbole I will direct you toward any review of Vampire Weekend’s Contra, where trustfunds and imperialism mean far more than marimbas. So we’re still looking at the artist as the ultimate authority, and at the album as tidy little text dominated by artistic intent. It’s the sort of sensibility that doesn’t really matter to anyone but theory-lovers, except for one key implication: it’s damning certain kinds of music for entirely superficial reasons.

Privileging the artist-as-author like this stacks the odds in favor of authors-as-“artists,” which is to say that albums gain critical worth when we perceive the musicians responsible for those albums to be intellectual and deliberate and virtuosic and above-all authentic. But while we’re out favoring seemingly intrinsically good qualities—technical adeptness, coherent ideas, a sense of truth—we’re simultaneously building a sort of automatic defense against normality. Because we hate banality we tend, by extension, to hate anything that suggests the idea of banality, meaning normality is automatically suspect. And so our Animal Collectives and our Joanna Newsoms and our Xiu Xius become especially desirable for their superficially “dense” qualities—because they are oblique, or confrontational, or dissonant, because they have narratives (not just textual narratives but contextual ones too, miniature mythologies bubbling under the surface), because they have authors who are without a doubt Artists, they are valuable. Which isn’t to say that they aren’t valuable, or that they don’t create interesting, satisfying music; it’s just that other less ostensibly weird artists, creating equally interesting work, are being unfairly dismissed as boring because they lack, or appear to lack, those qualities.

One of those recognizably “artistic” authors is WHY’s Yoni Wolf, whose favored aesthetic—a distinctive blend of indie rock, folk, and hip-hop—scores his uncomfortably frank and personal narratives in such a way that authenticity is never much questioned. Yoni’s older brother and full-time bandmate Josiah Wolf, by contrast, produces pleasant, mostly accessible folk-rock. His compositions are relatively traditional. His instrumental palette is by no means limited, but most of the non-rock flourishes (horns than swell behind a chorus, organs fleshing out sparse guitar verses) seem to cite neither Pet Sounds (1966) nor Loveless (1991). It’s true that opener “The Trailer and the Truck” comes on strong, but it’s a misleading entry point; that percussion indicates vitality but the rest of the album transmits a slow emotional death. And Josiah’s voice, unnecessarily qualified by press releases as only recently developed, has the simplest function: it communicates heartbreak clearly.

All of which is to say that Jet Lag is probably the least trendy indie record of the year so far, the antithesis of chillwave. But there’s great beauty in this album’s austerity, in its refusal to indulge in eccentricity for its own sake. Because while WHY’s candor can certainly be disarming, Jet Lag‘s subtler approach resonates more strongly. So many of the aesthetic and thematic sensibilities that pervade the most popular new music trends—ironic posturing, nostalgic daydreaming—tend to favor distance and detachment, as though engaging with something in a serious and earnest way were totally passe. Maybe early ’90s Gen-X cynicism is back to reject manipulation, but albums like Jet Lag remind us that manipulating our emotions isn’t the inherently immoral act it’s been made out to be. It feels good to connect with music this way, to let catharsis trump clever observations, if just for a moment.

Jet Lag isn’t exactly a concept album but it is a breakup record. And that’s the major contextual detail everyone wants you to know: this is about the dissolution of so-and-so’s relationship that lasted for such-and-such number of years, or something, but let’s sidestep that trap; that’s Anticon, God bless them, not trusting that this album can speak for itself. It’s clear from “Master Cleanse” on that this is about a breakup, that it’s a specific breakup that actually happened hardly matters. I don’t need to believe that Josiah Wolf is genuinely heartbroken to be incredibly moved by “The Opposite Of Breathing”‘s choral lament because the sentiment is just as sad if fiction. And on “The New Car” when Josiah sings, “When you told me I wasted your 20s / I didn’t know what to say,” I don’t need to believe that anyone actually said it. What matters is that the line is devastating; that’s trademark Bergman cruelty and it chokes me up every time.

There’s stuff on Jet Lag I can imagine skeptics scoffing at. Titles like “The Apart Meant,” in which Josiah reports that his “apartment smells like divorce,” can hardly endear the cynical to Jet Lag‘s tender innards. But if you can lower your critical defenses long enough to let this material really sink in, you’ll find it hits hard: the sentiments are well-worn but rendered here perfectly.

Jet Leg bears none of the markers that indie audiences have come to find so appealing. These are just simple stories told clearly and cleanly, and as a result it’s liable to get dismissed before it’s given a proper chance. Josiah Wolf doesn’t look the part of the authentically serious artist—he seems a bit too sentimental, not skeptical or cynical or ironic enough to strike that pose—and I don’t know who has time for self-deprecation and straight-forward laments. But make no mistake, this is hardly rudimentary stuff.Jet Lag is a confident, mature, fully-realized record, and much denser than it lets on.