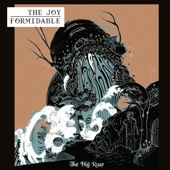 The Joy Formidable: The Big Roar 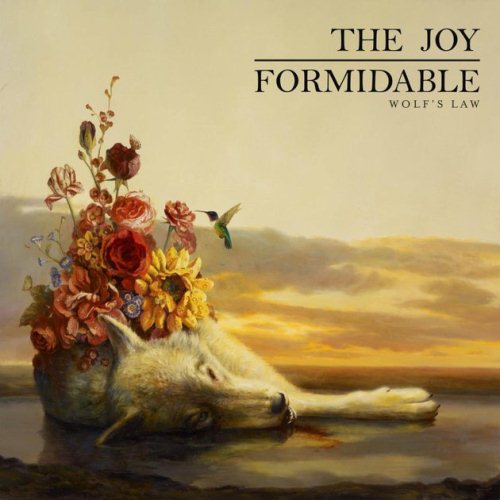 I recently finished reading Neil Young’s memoir Waging Heavy Peace. Everything you’ve heard about it to this point is true; it’s less a story about the man’s life and more a series of random vignettes about his various loves aside from music, mostly his extensive collection of classic cars and model trains, and his awe at the variety and quality of the produce section at the Costco near his vacation home in Hawaii. Also covered: how much Neil Young hates the MP3. “Hate” might actually be too mild a word; the man’s utter enmity towards the preferred music file of the times is accurately reflected in the Tea Party’s dislike of our sitting president.

But he’ll be damned if he isn’t going to do something about it. Nearly one quarter of Neil Young’s book (no exaggeration) is an infomercial for “PureTone,” a sound technology that’s Neil’s pet project, and which he’s hoping will kill off the MP3 for good. After all, they only give you five percent of what the artist hears in the studio (or so I’ve read)! PureTone will apparently change all of that, and Neil supposedly discussed the same with Steve Jobs shortly before he died. Several pages are devoted to Young taking other musicians for joyrides in his PureTone equipped car, and their flabbergasted reactions at the sound quality. Many questions are left unanswered: how much will this cost to the layperson? Will I need to upgrade my shitty fifteen dollar headphones to get the full effect? Does everything already sound like crap to Neil Young because he’s spent his entire life in front of amps? Who knows. PureTone is the future, son!

And as I was listening to my crappy, Spotify stream of the new the Joy Formidable record through cheap Radio Shack headphones that should have died months ago, I’ll admit to wondering, “what could this possibly sound like with PureTone!?” Would my fate be akin to that of the easy chair bound fellow in the old Maxell ads? Of course the best way to experience this band would be at a British rock festival, waving a Welsh flag over your head six lagers deep. But such is not feasible on a day to day basis. Clearly I’m not hearing the proper maelstrom of guitar noise that Ritzy Bryan is in the studio when she stomps on her distortion pedal, or the gut punch when Matt Thomas brutalizes his double kick drum.

Such is the sound of the Joy Formidable, a (late ’90s) radio friendly sugar rush of guitar bluster and female lead vocals. By virtue of sheer noise, they get lumped in with 1990s British shoegazers like Ride and Slowdive, but are more overtly pop than either, with a far punchier rhythm section. They’re not shy about their coliseum aspirations; they spent much of 2011 opening for Foo Fighters, did the same in 2012 for Muse, and if Wolf’s Law had been released on say, DGC in 1998, they’d have been co-headlining arenas with Garbage and Luscious Jackson in the opening slot. The Joy Formidable do not know from false modesty—their 2011 debut was called The Big Roar for chrissakes.

Still, isn’t somewhat damning that the Joy Formidable makes one think more about the limits of modern sound technology as opposed to the lyrics and melodies? Not necessarily; this is not a band designed to blow the listener away with lyric sentiment or particularly inventive songwriting, The Joy Formidable don’t really do deep so much as they do loud. Ritzy Bryan’s choruses are as sturdy as they need to be and the songs are an improvement upon those on The Big Roar because they’re lither and punchier, packing more hairpin turns into shorter run times. There’s the potential for at least four catchy radio singles here, and they’ve thankfully gotten over their nagging tendency to write seven minute songs with titles like “The Everchanging Spectrum of a Lie”—the one exception being the orchestral string bombast of “The Turnaround,” conveniently placed at the end.

Wolf’s Law lacks a single moment quite as devil-horns worthy as the DOUBLE KICK DRUMS OF DEATH peak from The Big Roar’s “Whirring,” still their signature song, and what I assume every person on the subway is listening to when I see a pair of feet randomly spasm out of control. But the guitar “solo” within the primal stomp of “Maw Maw Song,” something akin to a gloriously malfunctioning smoke alarm that Mission of Burma’s Roger Miller could totally appreciate, comes close. And Wolf’s Law could certainly have benefited from a few more moments like that one, where the band drops pop conventions altogether in favor of getting freaky. But the Joy Formidable remain a wholeheartedly fun tribute to the late ’90s radio dial and sort of the aural equivalent to playing a first-person shoot ‘em up; mindlessness can be a virtue, there’s plenty of enjoyment to be had in simply obliterating shit for its own sake.