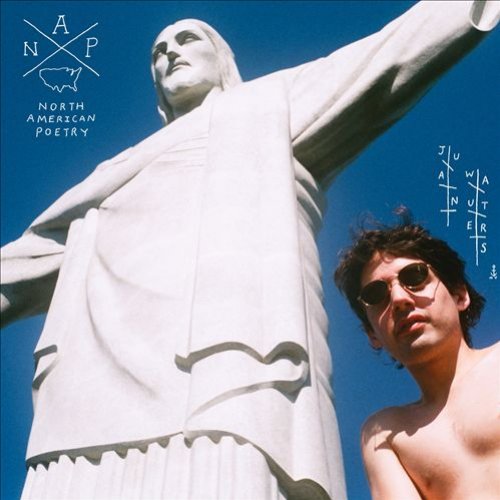 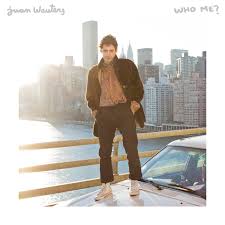 In a recent interview, Juan Wauters told Spin, “Now I’m aware that I have an audience and I want my audience to grow, so I’m a little bit more self-conscious about what I sing about, and also I think about what songs I want to show to people. Some songs are very personal, they’re like secrets, you know?” This statement captures the subtle metamorphosis that Wauters has undergone since the Beets—the band he co-founded with friend Jose Garcia in 2005—broke up in 2013. The Beets were a very good band, albeit one with a tendency to the superficial. Their music could be silly and messy at times, but they always won us over with charming presence and great hooks. Since the Beets, Juan Wauters has been coming into his own. His music still fits all of those descriptors, but it’s something more as well. It seems that Wauters is putting more of himself into his music, with promising results.

Wauters made his solo debut just last year with N.A.P.: North American Poetry, a jittery but winning record that traded the tight pop of the Beets for something deeper and more melancholy. Who Me? is both more laid back and more focused than its predecessor, and more importantly, more exposed. Though he’s a young indie-rocker based in New York, Wauters is no trust-fund hipster. His story is the sort that music journalists can’t help mentioning, and I’m no different: Wauters is based in Queens, that stubbornly unhip borough, and it was there, in Jackson Heights, where he landed at 17 after emigrating from Uruguay with his father, living in a basement apartment and working in a frame factory. He met Garcia and the two formed the Beets, releasing three exuberant records before calling it quits. On Who Me? he begins to reflect, however tentatively, on this past and where it’s brought him.

Like N.A.P. before it, Who Me? mixes lo-fi indie rock with South American influences—think Modern Lovers crossed with Os Mutantes. I keep circling back to the Modern Lovers when describing Wauters’s music, as he maintains a very Jonathan Richman-like, oddball innocence both in his songs and in his presentation. Wauters is not half the wordsmith Richman is, however. His lyrics are often hard to parse in their awkward construction: jumbled thoughts with turns of phrase that don’t seem to quite make sense. But in spite of this, Wauters manages to create songs of affecting atmosphere and emotion, and it’s his strange way of making it all happen that sets him apart. He also bounces between Spanish and English as it suits him, telling Spin that “…sometimes I write in Spanish when I’m dealing with themes that I don’t want the majority of people to understand.” In spite of this obfuscation, there are clear themes present here even to the monolingual—the breakdown of relationships, his feelings toward his parents, and the general confusion of who to be and what to do in life. The record’s best moments are those on which Wauters explores these more personal themes, while never losing his shambling, off-kilter charm.

The record’s most personal English language track seems to be the slow and synth-heavy “This is I,” which clearly addresses difficulties with parental pressures: “You never lived a life through you / Never did the things that you / Would’ve done if you had knew…,” he sings, “So now you live your life through me.” Wauters’s vocals are comfortable and affecting throughout Who Me?, more thoughtful than back in the Beets days, when he employed a slightly shrill, occasionally jeering style. Wauters can still sound “mean” (a descriptor he directs at himself multiple times “Woodside, Queens”), however: take the bouncy highlight “I Was Well,” in which he sneers—whether at himself or another, it’s not clear—“You got a job / To stay busy and not think about / Who you’d be if you didn’t have to work / Ah-ha oh-woah.” This brings up a recurring topic on the record: how to live up to expectations while still being who you want to be (see also “Grey Matter,” a charming ode to breaking up with prescription meds, and “El Show De Los Muertos,” the beautiful, saxophone-laden closer…that has a rap at the end).

“Woodside, Queens” is the best song on the record and also probably the simplest: a portrait of a winter romance and its inevitable crumble, sung over a down-to-earth, open-chord strum. “Woodside, Queens” says a lot in few words: “Frozen feet / Make me want to keep / Staring at you / until my heart feels the heat,” Wauters sings, “With her in Woodside, Queens / and I know that we are freaks / So mean,” later asking, “Why don’t you lend your body one more time / to me?”

This song in particular demonstrates Wauters deftness with an emotional palette, despite his messiness with a lyrical or musical one. Who Me? is another quirky entry in Wauters’s unique discography. But it’s also his most honest, delicate effort to date—two good qualities for a musician with so much natural charisma to explore.