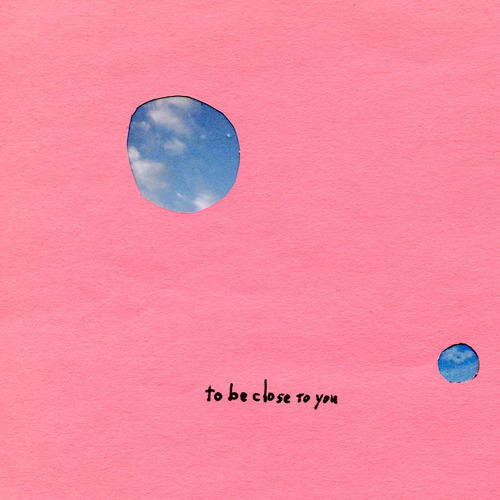 To Be Close to You

We’re living in an era of immediacy. Maximalism, EDM, Youtube, Spotify, Yeezus—across all platforms and genres there seems to be little reason to forgo indulgence. There are certainly pitfalls to such an approach to both creation and consumption (Yeezus, in particular, is an interesting case as it solicited both approaches, failing miserably at each), but in an age of instantaneous satiation, why wait around for anything to impress, let alone music, when there’s something equally enticing just waiting to be sampled? Take for instance CMG’s last two Albums of the Year: The Seer (2012) and Black Up (2011). Two great records, but also experiences one wouldn’t likely classify as immediate. Visceral, sure, but neither offering up the lateral pleasures of, say, a Japandroids or an A$AP Rocky. We certainly are not alone in our admiration of Swans or Shabazz Palaces, of course, but both of their recent records were quote-unquote achievements that announced their arrival even as they withheld instant reconciliation. It makes you wonder what small scale releases we may be overlooking as we’re inundated with sounds harder, better, faster, stronger than the last.

Befitting its title, To Be Close to You, the debut release from Baltimore’s Julia Brown, feels like one of those small wonders that sits in your subconscious awaiting your full attention and, eventually, appreciation. Released in early 2013 on cassette and as a digital download expanded to include demos and unreleased tracks, To Be Close to You did appeal to me, an admitted fan of lo-fi pop aesthetics, fairly quickly. But it has taken many months of exposure to realize just how much of an effect this music has had on me. As other records this year have fallen by the wayside, To Be Close to You has stood by patiently, slowly burrowing its way into my heart on its own terms, in its own modest way. As I look back even now on the year’s music-related fallout, there’s something charming, ingratiating even, about such an unassuming record existing in the same nominal landscape as everything from Slow Focus to Random Access Memories to Shaking the Habitual.

Not a solo project or even led by a woman, Julia Brown is instead a traditionally arranged indie pop outfit, a three-piece led by Sam Ray, former member of the emo-leaning indie rock band Teen Suicide. His work with Julia Brown, however, traverses similar emotional terrain via quieter gestures. To Be Close to You was recorded directly to tape, and it shows—the loudest moments on the record may very well be the spikes in incidental sound fighting for space amidst the band’s acoustics. But what this setup yields is an intimacy that, while not immediate in a traditional sense, is certainly inviting. Indeed, the eight brief (and I do mean brief: the cassette barely runs sixteen minutes; the expanded edition just over thirty) tracks on To Be Close to You beckon the listener ever closer, offering slivers of melodic ingenuity that worm enticingly out of earshot. Either by necessity or design, the tape-damaged aestheticism of the album lends it an additional sonic dimension, softly enveloping the band’s subtle, keenly deployed keyboard and viola lines in blankets of warmth. It’s impressive just how much texture Julia Brown can hemorrhage from such an antiquated recording format.

Ray’s vocals are likewise saved from the outlying din. His gentle yet emotive voice floats atop the arrangements, while a handful of his comrades lend support, most notably on “Library,” where Ray and Lexi Williams trade verses between swerving viola passages. The tracks that put the focus strictly on Ray’s acoustic guitar tend to cut the deepest. “I Will Do This For the Rest of My Life” is built around a rather devastating hook (“I guess you mean more to me than nothing”) but is otherwise buoyed by an effortless melody, while the wonderfully titled “I Was My Own Favorite TV Show the Summer My TV Broke” mopes tranquilly before Ray admits bluntly, “Every summer day / I Iost you a little more / Taking off my clothes / I am all alone.” Meanwhile, the title track, while utilizing similar imagery (“I wanna be like you / I took my clothes off / I put a wig on”), takes the concept to extreme lengths (“I ruined my veins / To be close to you”) the rest of the record only hints toward.

But like most worthwhile pop bands, Julia Brown couch the melancholy in beautiful, nonchalant melodies, surprisingly inventive arrangements, and a sense of wide-eyed wonder in the face of life’s emotional wreckage. They simultaneous bring to mind the Flying Nun roster, the C86 generation, Beat Happening and Calvin Johnson’s K Records, and, more recently, Shocking Pinks and Casiotone for the Painfully Alone, among others. Above all, it’s simply refreshing to hear a band utilizing restraint while playing the slow game even as everything in independent music right now is telling them to up the intensity factor, and particularly as the industry at large is careening forth blindly, hunting down underage pirates, and searching for new distribution models. In that sense it’s heartening to know that somewhere out there is a Bandcamp page set up for Julia Brown, with downloads—free downloads—of their records, including one featuring a song called “How I Spent My Summer.” It took longer than I would have thought to realize, but you know what? This is how I spent mine.