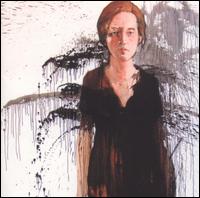 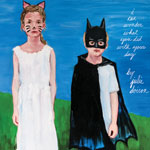 I Can Wonder What You Did With Your Day

I Can Wonder What You Did With Your Day may be something of a departure for Julie Doiron. Fred Squire (who also appeared on her collaboration with Mount Eerie last year) as well as former Eric’s Trip bandmate Rick White give many of these songs arrangements that stray at least partially from Doiron’s hushed acoustic guitar and vocal performances. This is a good thing. However, this is still a Julie Doiron record. Which means it’s a record of quietly devastated longing as she and her collaborators create a world in which nearly every sentiment never makes it past the proposal phase and her fragile vocals ultimately win out to exhausting effect.

The acoustic numbers, unsurprisingly, sound almost painfully intimate. Opener “The Life of Dreams” gives as much of the song’s mix to birdsongs as it does to either Doiron’s guitar or her voice and her delivery sounds only moments away from breaking down completely; despite the obvious presence of editing and production by way of panning and fades, she sounds as if she’s haunting a bedroom in the morning, giving a line as twee as “the light shines bright all through the night / and our dreams are making us nice stories” much needed additional gravity. “Nice to Come Home” doesn’t fare quite as well; the spare, clean arrangement and her straightforward personal narrative with statements like “you probably played guitar too / I’m sure ‘cause I know you always do,” is certainly sweet but it’s neither detailed nor well-executed enough to win over anyone but its addressee.

What makes the record stand out from Doiron’s extensive back catalog are the louder, more electric Squire/White collaborations. “Spill Yer Lungs” opens with low, heavy riffs that underpin a narrative in which Doiron starts every line with “could” and “would” then turns to “we’re gonna” in the song’s final lines; the surprising menace of the song’s main riff seems almost at odds with Doiron’s world of hands in lovers’ back pockets, jokes that aren’t that funny, and screaming together. On “Tailor” she uses a similar construction as a trebly lead repeats beneath an exploration of “If I were…” phrases, and an also trebly beginning to “Heavy Snow” builds into an agitated air with criss-crossing bolts of jagged guitar. The simple energy of these more forceful arrangements behind Doiron’s gentle directness helps me cope with how singular her lyrical focus—missing the hell out of people and letting them know it—tends to be over the course of twelve songs. Though it should also be noted that the production shifts are often jarring with the album sequenced as it is.

Amidst the genteel mess the two highlights are “Consolation Prize” and “When Brakes Get Wet.” The former sees Doiron navigate break-up tedium over an upbeat arrangement, complete with her shouting “Look out!” and the sound of something getting smashed between verses; the latter sports the album’s most electronic production with popping percussion, keyboard, and acoustic loop sticking out almost immediately on a record that otherwise sounds so very folk. The ghostly “Blue” is also gorgeous; its reverb-drenched, minimal wash shimmers and serves as proof that Doiron doesn’t always have to shoot for endearing—her vocals work beautifully in this more ethereal context.

Despite some engaging song-craft, however, the album overall feels lacking in real substance and its fixations leave me blasé. It doesn’t fall into the traps I associate with anti-folk (being part of a non-genre that I can in no way differentiate from folk-pop, having any kind of association with the Moldy Peaches, annoying the fuck out of me, etcetera), but its most twee moments come dangerously close. It’s all very sweet and very sincere, obviously, but what exactly am I supposed to do with it?