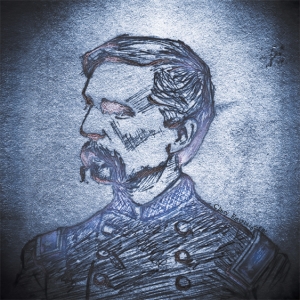 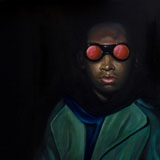 After I last reviewed a Jumbling Towers track—the stuttering dance step of “Gilberta,” here included and once again one of the band’s best songs—one of the members wrote: “My brother asked me to ask you if you have some long standing beef with Destroyer.” Though I think my lack of patience for Dan Bejar would need to be reciprocal to technically qualify as a beef, the question did put into perspective not the degree to which I equate Jumbling Towers with Destroyer, but just how their vital personality is combined with economical pop to succeed where Bejar’s excremental lyricism and compass-less meandering continuously fails. There’s something fundamental to be said here about songwriting, something dynamic and illustrative and very useful in comparing the two acts. I’ll allow that to be the last time I talk Bejar on Jumbling Towers’ dime, because it’s in the listening anyway—just line up “Gilberta” and, oh, I don’t know, “Shooting Rockets (From the Desk of Night’s Ape).”

After all, don’t Jumbling Towers, one of St. Louis’ best bands, deserve that distance? They’re a typical blue-collar indie rock band, slightly quirky but reliably melodic, who consistently release solid and thoughtful music, and this, their sophomore album, somehow already sounds long in the tooth and staidly with confidence. It’s all their own. What’s been established over the course of their material—the keyboards vamping in step with Joe DeBoer’s vocals, the knowing enough not to have the exact same fucking drum sound on every song if you want people to dance to your music—isn’t so much elaborated as fallen back upon. It’s everything around the band’s core identity that’s been stripped, and The Kanetown City Rips is, for better or worse, the band at its least diluted and stylistically exploratory. So, a no-nonsense mission statement of sorts.

Less aesthetically nomadic than their Classy Entertainment (2008) writing, emphasis is here placed on DeBoer’s lyrical expeditions. Consider the following, from the band’s website: “Jumbling Towers’ current project is dedicated to the fictitious world of 1981 Kanetown City, and the group of exiled youth who made the music soon to be heard. Their story is one of passion, poverty, and racial tolerance. The Towers themselves practice neither passion nor poverty but are certainly advocates of racial equality.” The key here again being the tongue planted firmly in cheek—the music is performed in the character of youths that possess valuable qualities that Jumbling Towers do not?—the self-deprecation, the conscious undermining of the whole thing. Less proponents of the concept record than, it seems, of the meta-concept record—otherwise known as a “concept records can be cool but are generally ejaculate from egotistical blowholes” record—Jumbling Towers will never be accused of taking themselves too seriously. They’re peeking at the notion of things, keeping concise where need be, only fraying the edges of the exercise on six-minute-plus album centerpiece “Put Your War Paint On.” Elsewhere “That’s Some Boredom” and “Let’s Move West” are less than two minutes, exactly as short as these ideas require. See also the video for “Gilberta”: campy DIY synchronized dance interspersed with snippets of Beyonce’s professional sheen. It simultaneously reifies the effort while pointing out the absurdity inherent to this thing called being an artist while hocking a product.

Lastly, it’s either strange or refreshing how phonetically appealing you’ll need to find the record to fully enjoy it, its words rolled around like cherries on the tongue, carefully considered lines repeatable if not hummable. The best example of this is, predictably, “The Bombaree,” whose titular antagonist is positioned line after line. It speaks to the band’s comfort with itself, its self-awareness, as well as its occasionally wanting for a central hook, that they allow themselves to play so freely with words. It’s melodic, sure, but not always memorably so. This almost seems less the fault of the band than of capricious kismet, the unreliability of the accidental.

Well worth keeping one’s eye on, Jumbling Towers may not have released that nebulously defined breakthrough record, but they are smart, incisive musicians. Whatever incidental missteps in the songwriting are easily outweighed by a degree of awareness about the process—that messy and cocky and, yes, actually pretty funny process of trial and error—that is much harder to teach.