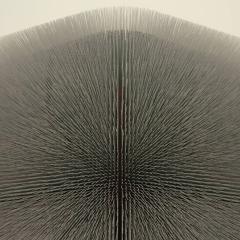 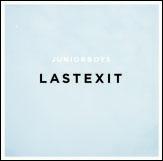 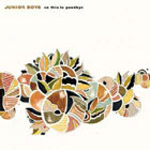 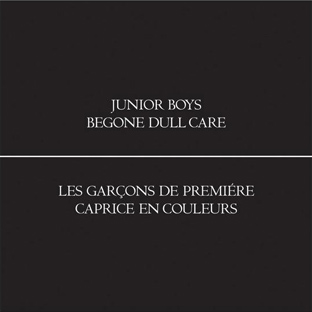 Like John Cusack hocking Beta Band CDs in High Fidelity, you only ever have to throw on “In The Morning” to win the Junior Boys some new fans. To wit: I had it on at a concert I was hosting before the bands hit the stage, and no less than five different people approached the DJ booth to learn the name of their new favorite band. (Cue a knowing smirk and a wink to the camera.) Even heading into it as a fan of the band’s debut, Last Exit (2004), I was still pretty taken aback when I had the joy of hearing that jam for the first time. Of course, the downside to recording a lead single like “In The Morning” is that you’re gonna have a hell of a time keeping the pace across a whole LP, and so the (slight) disappointment in the face of what was just a very good record foretold more of an early zenith than the first signs of an inevitable nadir. Which wasn’t anything to scoff at, right?

So, hey: Junior Boys are awesome! That much has been established. Now, then, time for the come down. Begone Dull Care is the third record from the Hamilton duo and it is, without the slightest of doubts, their very worst. In fact, the drop in quality from Last Exit and So This Is Goodbye (2006) to this is so drastic and unambiguous that calling it their worst is somewhat misleading: it’s not their “least good” album; it’s their only not good one.

Last Exit was ostensibly a dance record, but its icy aesthetic suggested ulterior interests. Its follow-up, excepting “In The Morning,” was consistent in tone and pace almost to a fault, at times running the risk of being a bit dull. But even this noticeable disinterest in and departure from a sense of verve across the first two records failed to prepare for the tedium and monotony of Begone Dull Care. If the band’s stylistic and thematic progression from their debut to its follow-up was in any way unclear, Begone will illuminate: the Junior Boys want to just keep getting more mellow. Care lets it be known from the start that these dudes no longer have interests in making a dance record. If dropping that prerogative were actively replaced by another, the tone of this record wouldn’t be such a problem—but as it stands, the bulk of Begone is stuck in that awkward grey area between proper dance music and ruminative electronica; it’s neither energetic enough for the body nor considered enough for the mind, thus failing to satisfy either.

Begone Dull Care spans eight aimless, meandering slow jams—each averaging a bloated six and a half minutes—and, returning to the pacing issues that threatened to put So This Is Goodbye fans to sleep, there’s simply not enough to distinguish one track from the next. The album gets off to a slow start with hum-drum “Parallel Lines,” dragging the record into an early rut with its mopey chorus (“Odds, ends, final amends / It’s alright to say as long as don’t really think so”). If “Work” fares slightly better, it’s because hearing Jeremy Greenspan sing “Work it, baby, work it”—at this point the kind of sentiment that’s a veritable Junior Boys-ism—is always pretty enticing, but, once again, the song’s frustratingly stagnant pace makes it difficult to get excited.

I’d like to think that Begone Dull Care is the awkward middle phase of a band headed somewhere bigger and better, a mistake made while they’re still figuring out whatever it is they want to do. The bright flourishes near the end of “The Animator,” one of the few salvageable moments scattered throughout this record, suggest that the Junior Boys might end up having everything in common with Dntel or the Postal Service. At least that might be more interesting—this record’s biggest issue is that it just isn’t any fun, which is odd considering the album’s namesake. Like their fan-winning “In The Morning,” you only need to throw on the short animated film from which this album takes its name to turn people on to Norman McLaren. But Begone Dull Care the film, a wondrous experiment which had McLaren painting directly on the film strip, feels whimsical, daring, inertial—everything Begone the record fundamentally lacks.